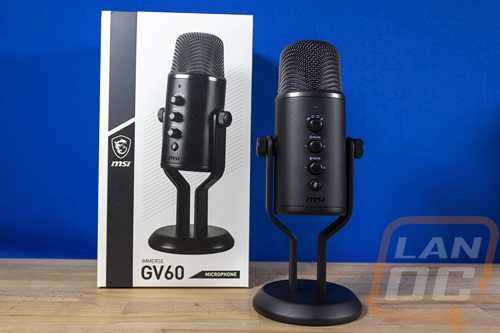 It’s easy to forget how large desktop microphones are, but each time I have one come in the size of the box is always a big reminder and a big surprise. The MSI Immerse GV60 is no different. The GV60 has a surprising lack of any color for the front of the packaging as well. I expected with this being an MSI Gaming product for it to be decked out in black and red but it has a white background and black and grey trim with small lines in the background. The MSI Gaming logo is in the black bar on the left and then down at the bottom they have the model name with the GV60 part being the main feature. The front also has a large almost life-size picture of the microphone as well which I love, I hate shopping and not being able to quickly see what I’m buying. MSI did include color on the back. They have four key features highlighted with short one sentence descriptions and photos. Each has a touch of bright color in the background as well to catch your eye. They also did include the specifications on the side of the box and they seem to be especially proud of the microphone specs with those in a larger font taking up most of the space. The dimensions and connection are also included as well which is nice. 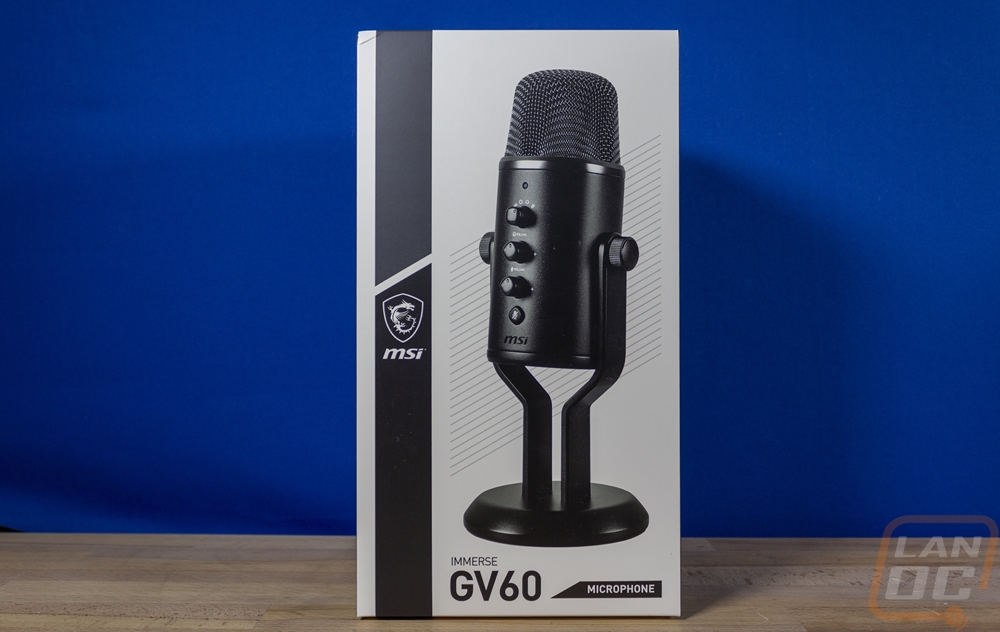 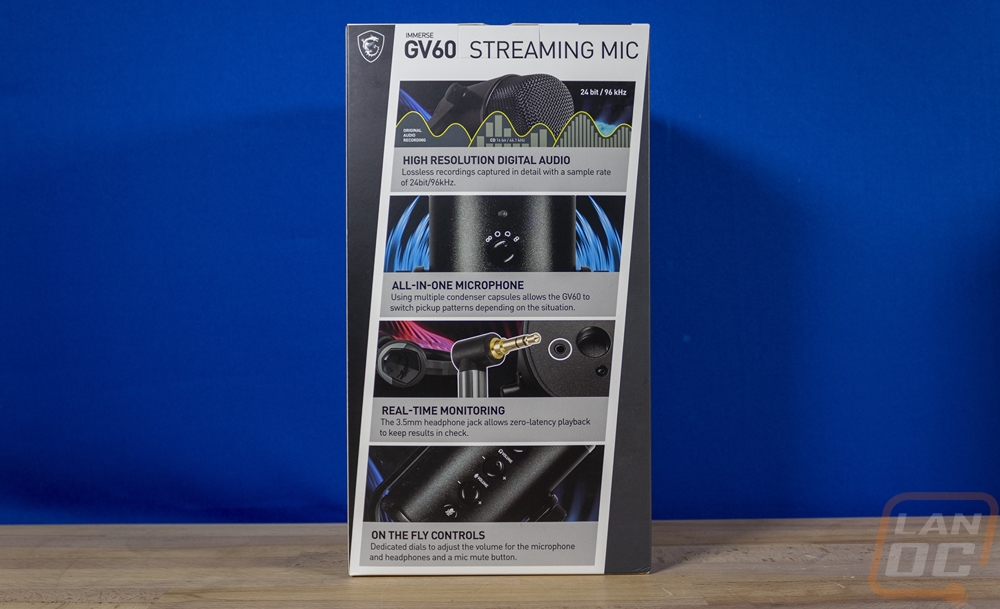 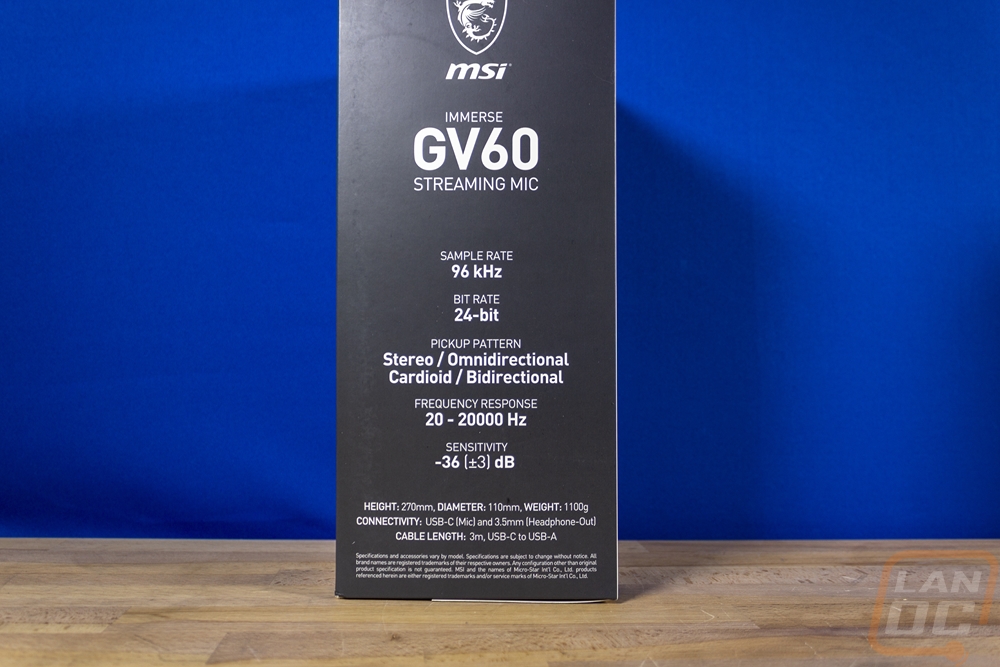 Inside the box, the documentation is sitting up on top. Then there is a thick layer of foam cut to fit around the GV60. Under that, the GV60 is sitting in another layer of foam to have full coverage around it. Then the accessories are all tucked into the one flap in the cardboard. 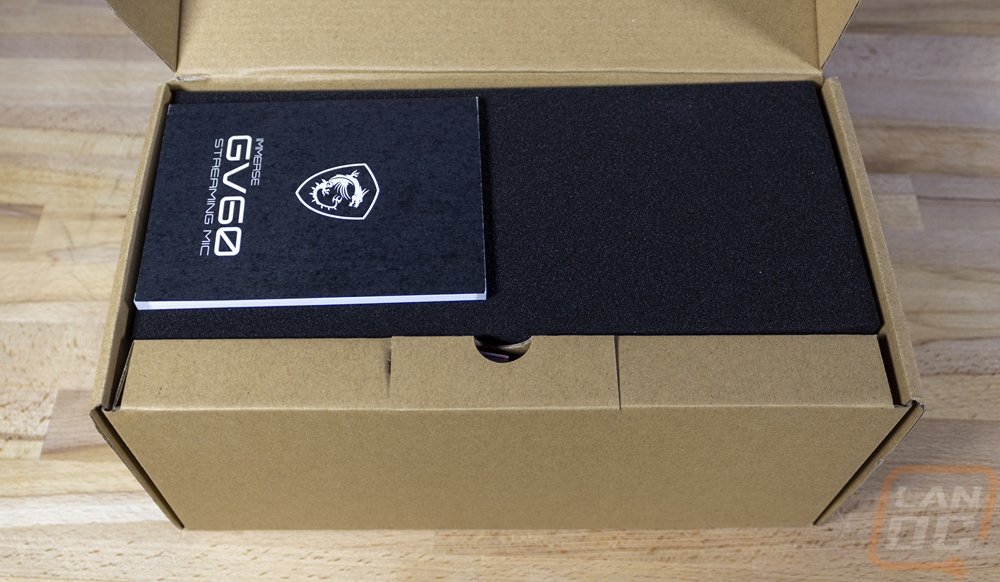 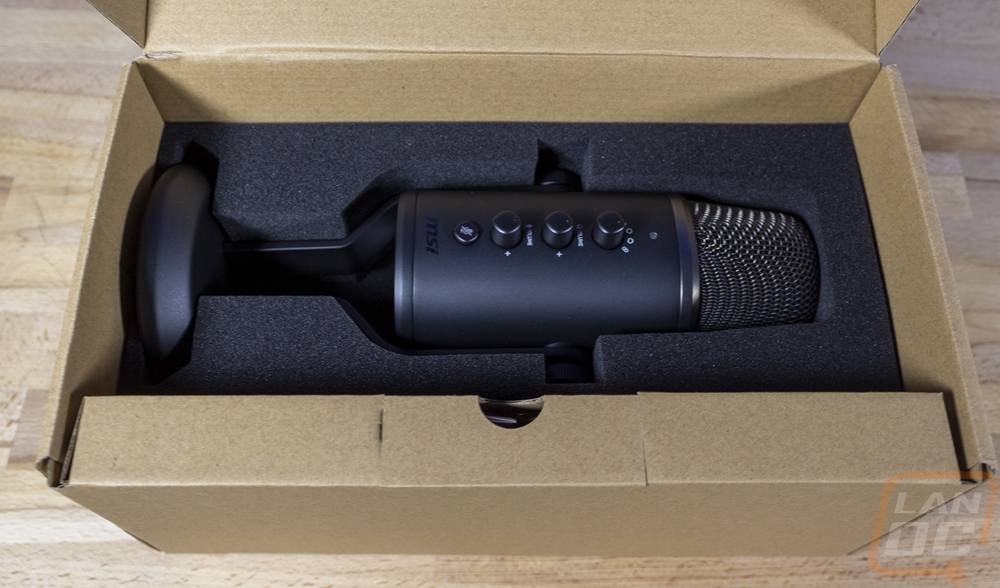 So inside of the box, beyond the GV60 microphone itself, this is what you get. You have a black and white user manual, two screw caps, one 3 meter long USB cable, and a pop filter. The USB cable has a standard Type-A connection on one end and a type-C on the other end. It also comes with a Velcro strap to hold everything together. The long cord is great because if you plan on using the GV60 with a microphone boom you won’t need to replace the cable and the Velcro strap helps at least tidy up any extra unused cable. The screw plugs are for when you use a different stand to fill in the side screw holes from the current stand. 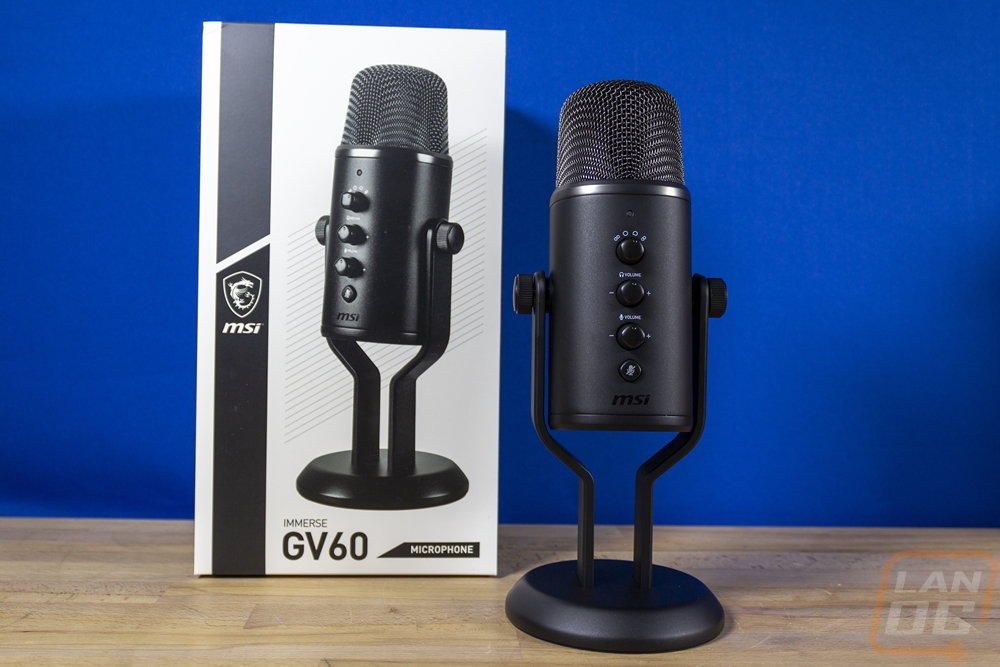 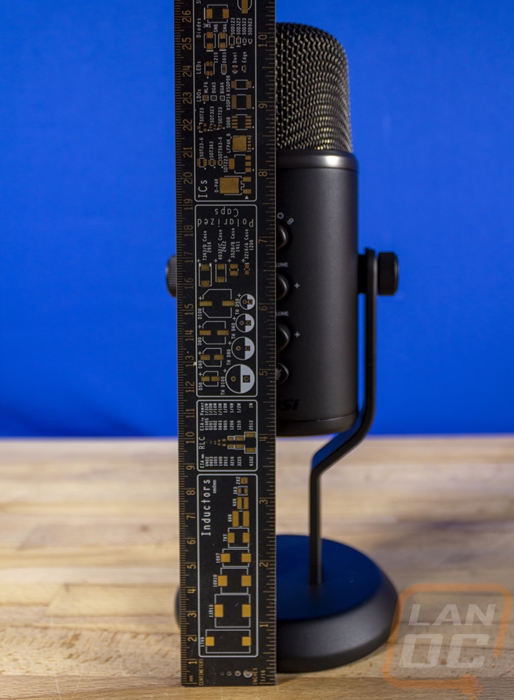 So the GV60 doesn’t use any additional software which I love, but to do that MSI did have to put a few extra controls all on the front. It's not too bad to handle though. So up on top, there is an LED that lights up blue when in normal use and red when you have the GV60 muted. Then below that is the microphone direction controls. Some of the non-software desktop microphones like the NZXT Capsule and even Razers Seiren V2 Pro which has software are sticking just to a cardioid or unidirectional pickup. The GV60 like some microphones is giving you all of the options. You can go with cardioid which is the best option when using the microphone solo. You can also go omnidirectional which picks up all around the microphone. Then also have bidirectional which is great for interviews when you have the microphone sitting between two people. Then the last option is stereo which picks up on left and right and uses it for proper stereo sound for your listener for that ASMR action. All of those are on the top knob which the knob itself has a little bit of a squared off shape to help with traction. Below that there are two volume controls, one is for the microphone and the other is for the headphone output on the bottom of the microphone. Then down at the bottom, there is a mute button to turn things off. 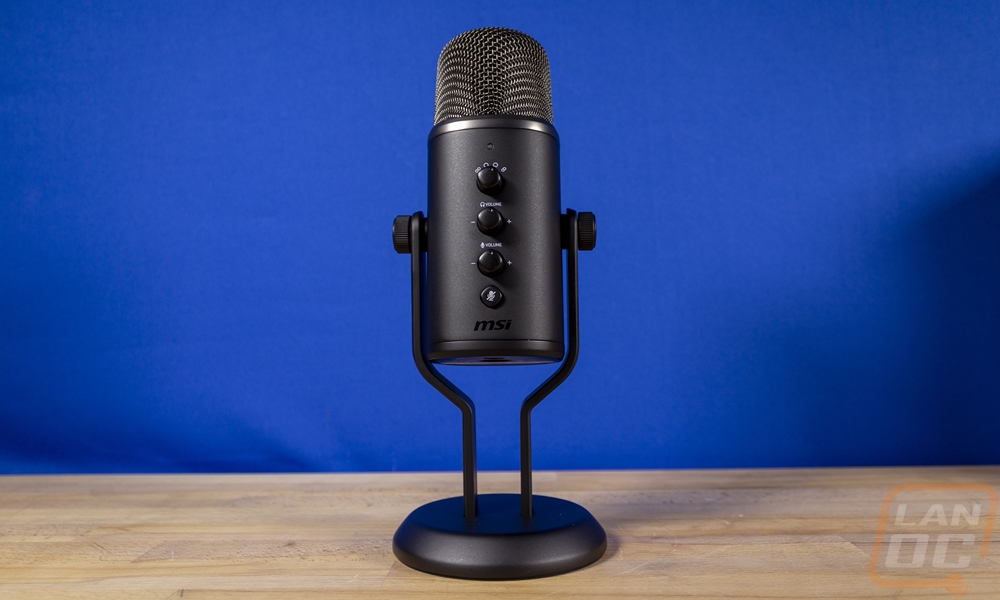 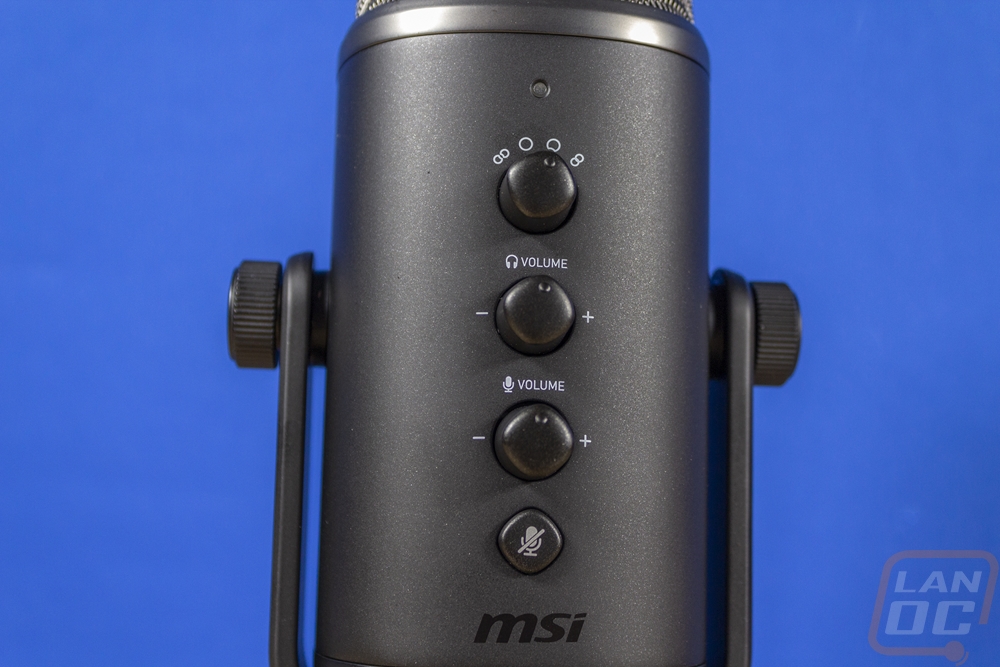 Around on the back, the GV60 doesn’t have much at all going on. The microphone up top is exposed all around. Beyond that, though the back of the microphone doesn’t have any controls with just the MSI Gaming logo painted on with a gloss black on the textured black finish. 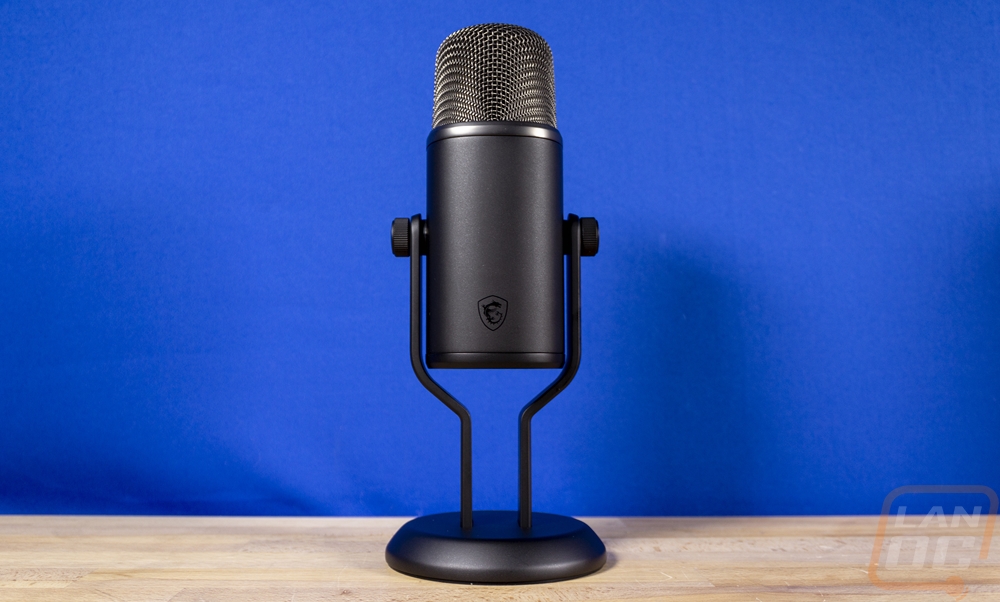 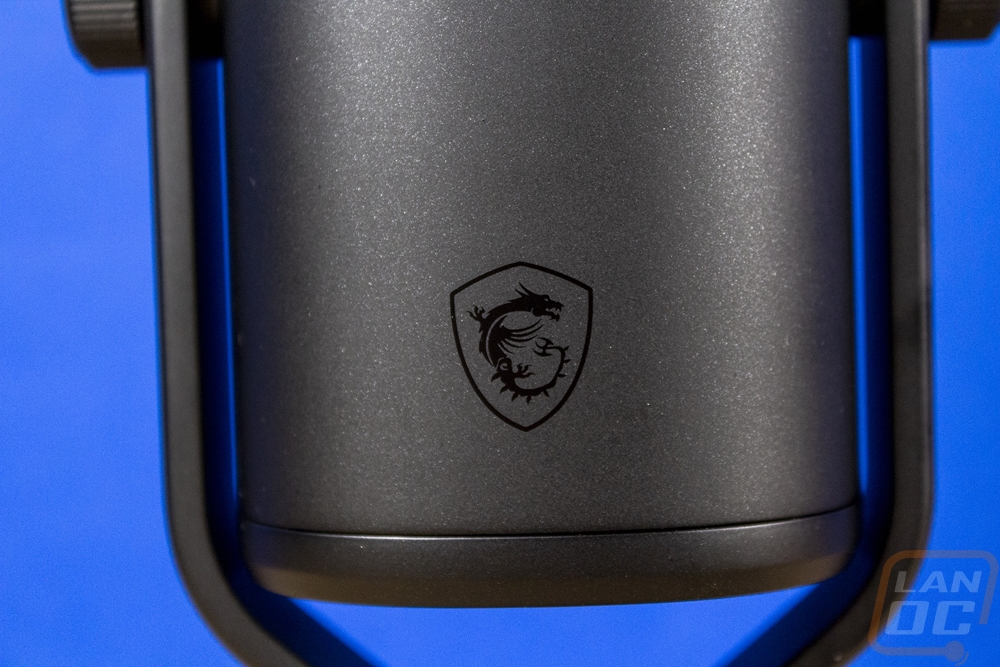 So the GV60 uses a condenser microphone which is set up with multiple capsules to have four different pickup patterns. Together the microphone has a response frequency of 20-20000 Hz which is right with the Yeti X that I previously reviewed and the Razer Seiren V2 Pro. The Elgato Wave:1 has a little less bottom end with its range at 70 - 20000 Hz. The GV60 connects via USB at a sample rate of 96 kHz which matches the Seiren v2 Pro and is higher than the 48 kHz of the Wave:1 and the Yeti X. It has a sensitivity of -36 (±3) dB as well. The microphone is then all covered up by a traditional metal mesh which is why the GV60 reminds me so much of the Yeti X. MSI does also include the extra foam pop cover to put over top as well. 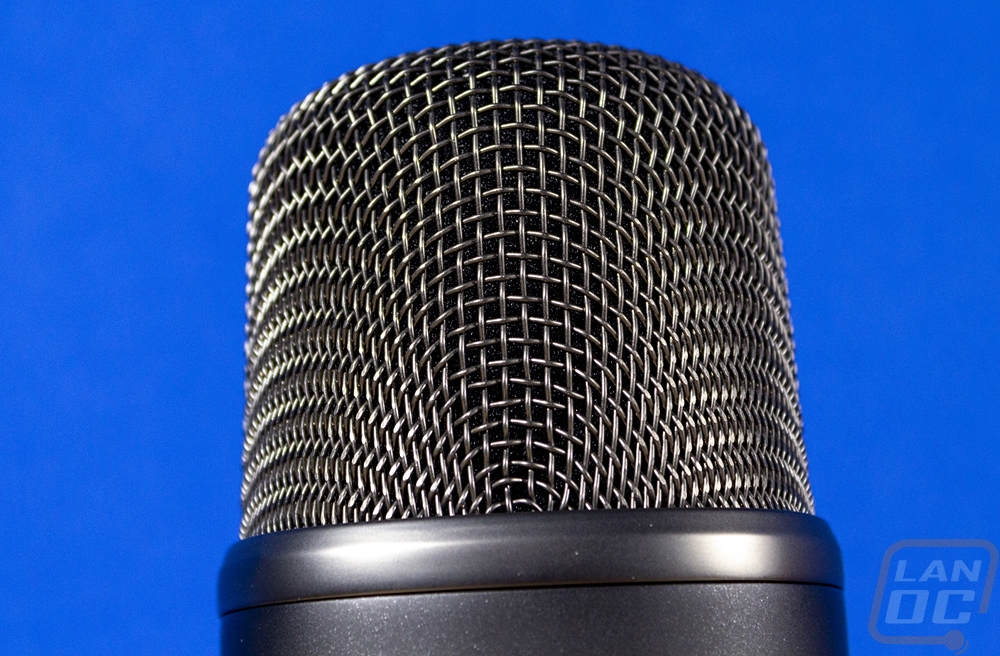 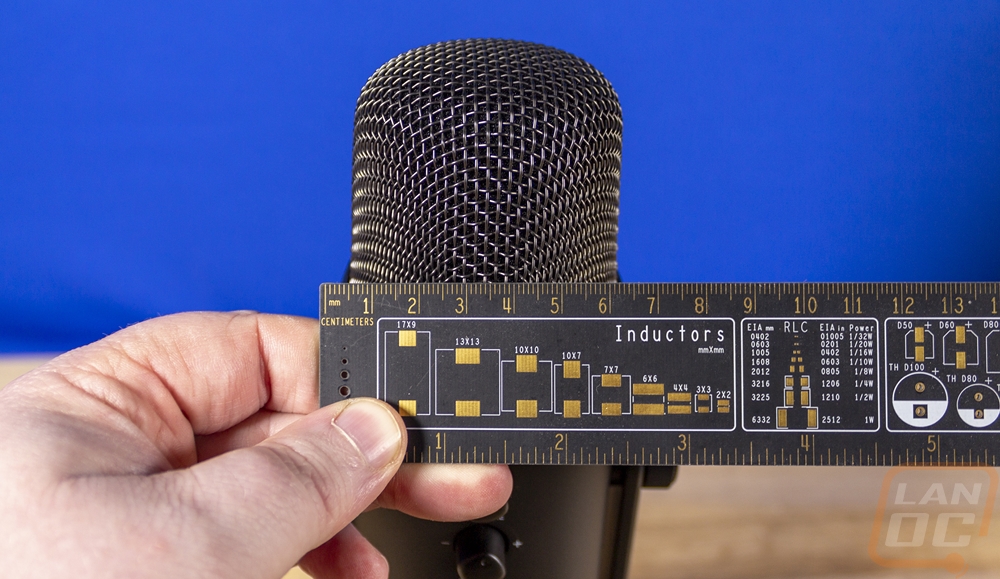 With the rest of the GV60 only having the one somewhat hidden MSI logo exposed. MSI has the bottom of the microphone which isn’t very visible packed with everything else. It has the MSI Gaming logo again and the microphone name which sits with a headphone output jack in the middle. This can be used to listen to your voice or as a standard audio out for your PC as well. Then there are all of the required certification logos. There is a sticker with your serial number and a barcoded serial number as well. Then at the bottom with the model number and manufacturing location, they have a USB Type-C connection for the USB connection. I love that MSI went with Type-C here. Not only does it mean you could use this same cable on other type-C devices at your desk. But Type-C in my opinion has a little more strength in its cable connection compared to micro-USB. You also don’t need to stress trying to plug things in one way because it can work either way. Then right in the center, MSI did include a traditional 5/8th threaded microphone stand mount. So if you want to use a boom which I would always recommend you won’t need a proprietary mount. 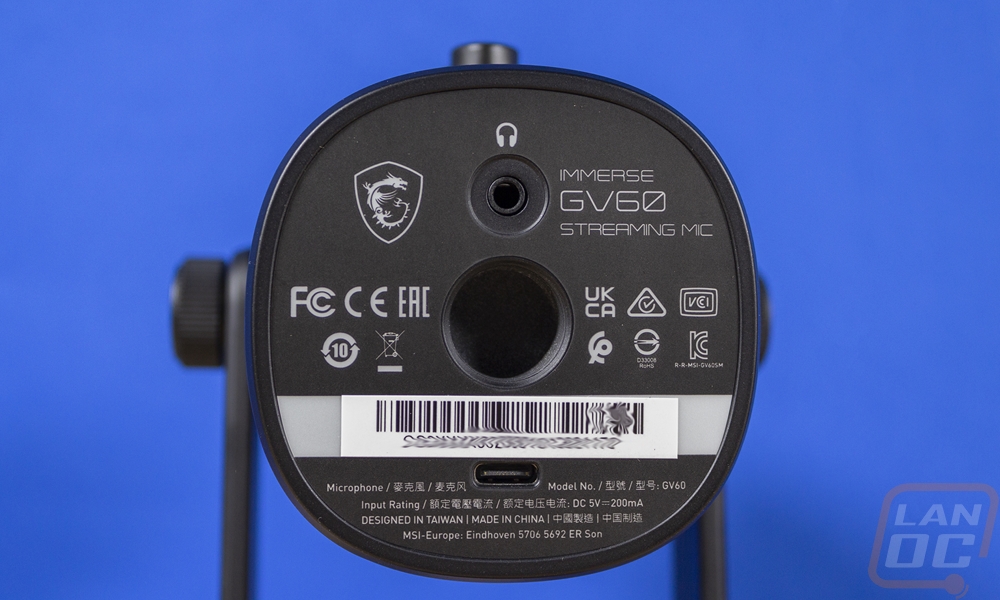 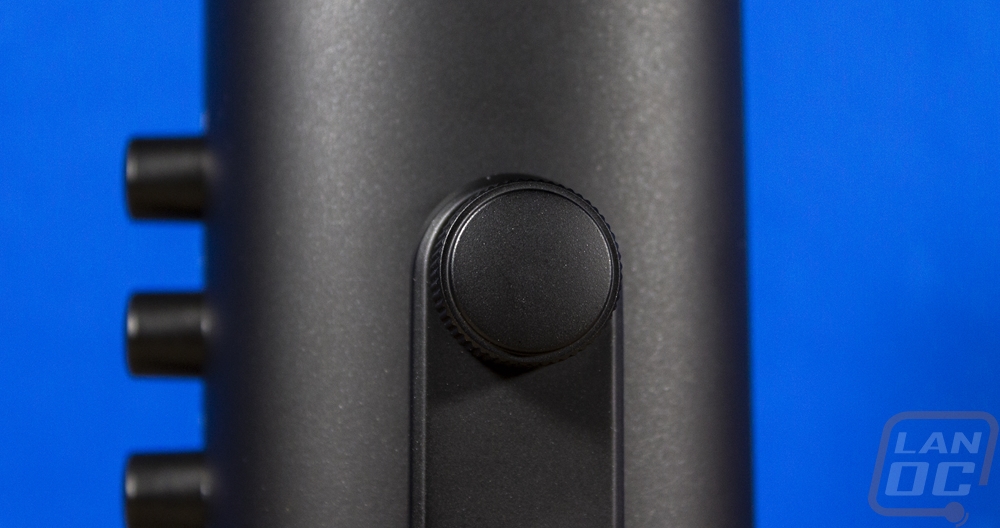 The bottom of the GV60 is where a majority of the weight is. They have the base weighted heavily to keep the microphone from tipping over or moving around and to make it easy when you move the microphone on the stand. The base is 4 inches wide and the entire bottom is covered in rubber for grip. Even right out of the box the bottom picked up dust off of our photo table showing just how grippy it is. I mentioned it before but the base for the GV60 has the same design as the Razer Seiren Pro that I took a look at back in 2015. So on top of the weighted base, it has two metal bars that start in the middle with an inch gap between them then it wraps out and up around the microphone. With the USB connection coming out of the bottom of the GV60 this design does leave room for that cable and if you have the microphone vertical it will protect that delicate connection as well. 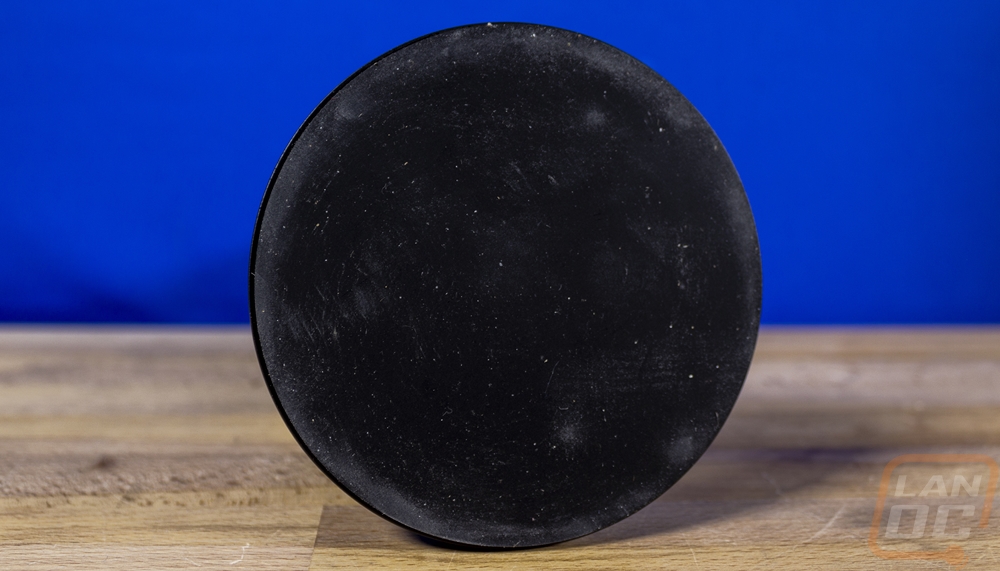 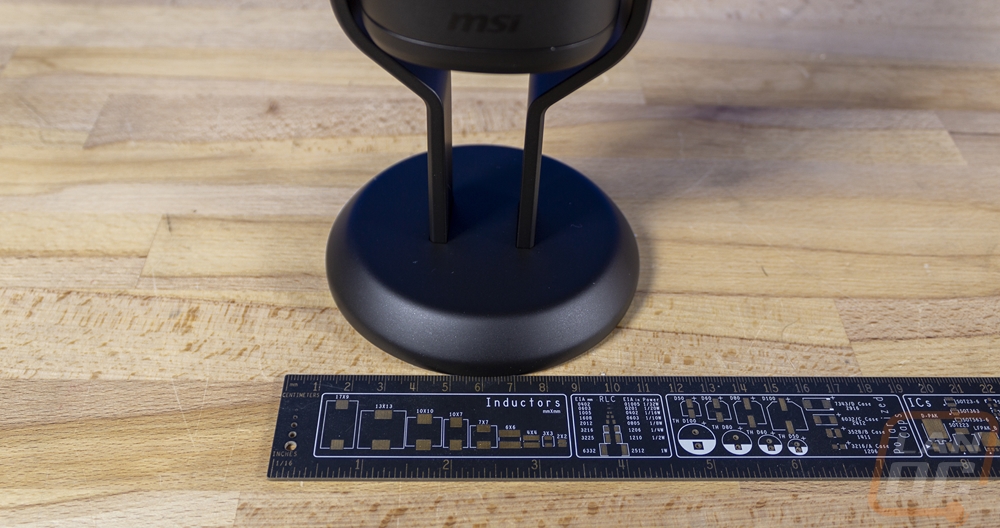