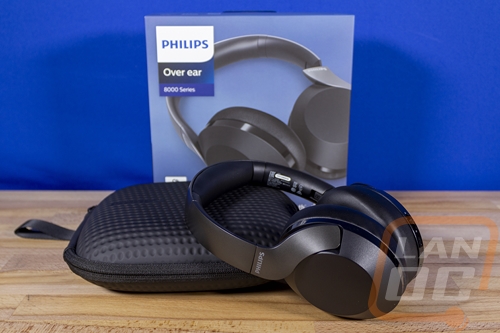 For testing, I have been using the TAPH805BKs in the office for about a week when listening to music or watching YouTube as well as taking advantage of the noise canceling with just the ANC turned on and no audio on. But my testing in the waiting room of the car dealership is the most relevant as my office is typically quiet other than a few cars going by, a train a few times a day in town, and noise like the furnace and fridge which wouldn’t even be noticeable if it wasn’t already quiet. So let's focus on that for the active noise cancellation testing and my expended use in the office for audio and comfort!

First off, what was most noticeable to me was how differently the ANC works depending on where you use them. When using them in my office they hardly cut out any of the noises in the background. They did cut out the hum from the noisy refrigerator in the room next to me and on the far end of the house when the clothes washer was running it did a great job of cutting that out. The same goes for trains when they pass through, but that only happens a few times a day, and it isn’t the horn that is cut out, it is the deep vibration/noise that the engine makes. There were other aspects like cutting out a lot of the noise from my mechanical keyboard. But the difference between in the office and when I used them at the dealership was night and day. At the dealership, there was just a loud ambient noise from everything going on. That was cut out right away and it even did a good job of cutting people talking in the room down to a light mumble and it surprisingly cut the audio from the TV in the room completely out. Basically, you can’t expect the ANC to make an already quiet room even quieter, but it does a great job of cutting out noise from a noisy location. Especially if you add music or audio from a YouTube video on over the top, that will put you basically in your own world.

As for comfort. Going in I was a little worried because while these are over the ear like I prefer, they are a touch smaller than some of the over the ear headphones that I am used to using. That concern ended up not being an issue at all. The TAP805BKs went around my ears perfectly with no room to spare and didn’t sit on them at all. The sealed design that is required for passive and active noise cancellation does mean you aren’t going to be getting any airflow so having my ears warm up wasn’t a huge surprise, nor can you consider it a big fault. The thick earcup padding did a good job of holding up and didn’t compress too much curing long use which was good. The inside didn’t sit on my ears, although the padding did touch all the way on the outside edge of my ears like I said they didn’t leave any room to spare. Overall the extended use didn’t cause any comfort issues. 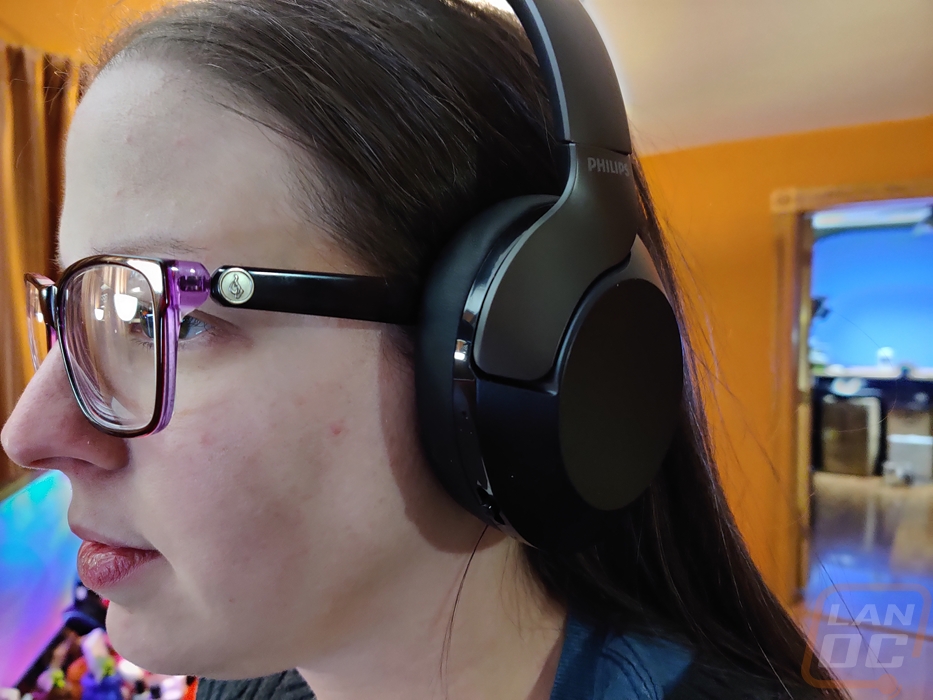 As for audio performance, Philips did a solid job with the TAPH805BK Noise Cancelling Headphones. They are a little heavy on the bass which covers up the mids performance when listening to bass heavy music. They are still wireless and even though they are bass heavy I do wish they had a little more punch. But there are limitations when it comes to battery life. I wouldn’t say these are the best sounding headphones I’ve had, but they are far from the worst as well. Especially once you use the ANC to cut out background noise.

The controls took some time to get used too. Swiping up and down on the outside of the right earcup turns the volume up and down. You can also connect the headphones with your phone's Google Assistant if you are using Android. Touching and holding at the top or bottom will prompt the assistant to ask what you need. With the headset having the same textured finish all over, I had a hard time figuring out where to touch to prompt or to avoid prompting the assistant. I would accidentally do it when taking them off often but then when I tried to do it I looked like a crazy man touching all over. Having some sort of indication that you can see or feel would be nice. Beyond that, you have them all in one control at the bottom that turns the power on or off, rocks forward and back to flip through songs, and short presses turn the ANC on and off as well as turning on a mode to listen around you. That control is nice but has just enough looseness that pushing in for the ANC or power sometimes will catch if you don’t have it in the perfect spot. I am worried that control will get worse over time.