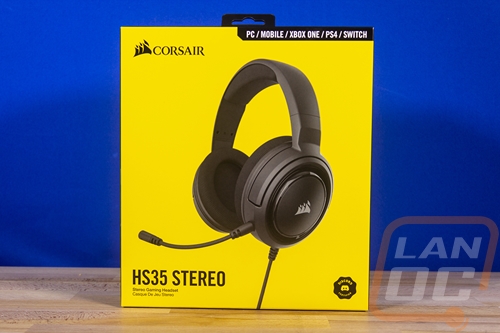 For testing, I normally like to spend a week or two with a headset but our HS35 came in a little to close to the launch for that so I have only been using it for two days. But I have been doing my normal everyday use which includes listening to music, TV shows, and Movies while working and a few games late at night. That is exactly what most people will be using the HS35 for though and the extended use while working still gave me a look at long term comfort as well. So let's start with comfort, if a headset isn’t comfortable it won’t matter at all how good or bad it sounds. The full sized oval earcup design is my preferred size/style. Getting the earcup to go completely around my ear on other shapes can be an issue but the HS35 fit perfectly in that aspect. The thick memory foam padding on the earcups was also a big surprise, the HS35 has more padding then a lot of headsets and this helped keep pressure off of my ears, in fact, they didn’t touch the inside at all other than a little contact around the outer edge. This basically eliminated the issue of pressure causing ear pain.

The soft fabric didn’t cause any issues during extended testing. In fact, while I wouldn’t put the HS35 on my list of most comfortable headsets it managed to also not give me any issues, even after wearing them for a long time. I know that sounds a little conflicted but basically there isn’t anything about the HS35 comfort wise that feels plush or extra comfortable, but unlike other budget headsets, it still manages to be comfortable. That is a big accomplishment with a traditional headband, normally those will start to press on my head a little too much but that didn’t happen. That inch thick memory foam really helped. Adjustability as far as overall size was solid, the HS35’s fit my big head with room to spare and my wife's smaller sized head as well. I would still prefer to have a side to side pivot to get a little adjustability there though. Especially when you have glasses on, that adjustability would help the comfort a little. 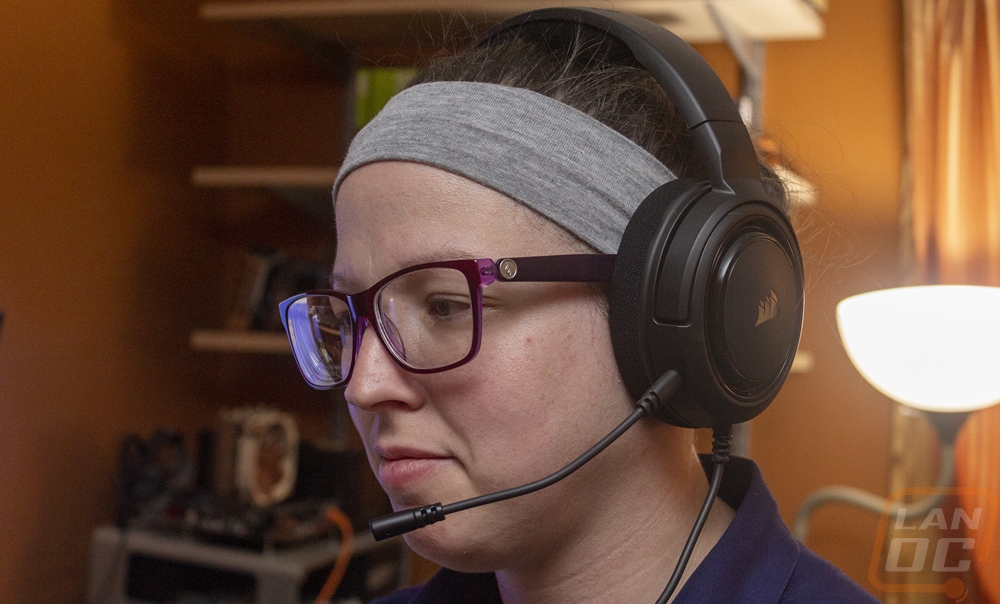 As far as audio performance goes the HS35 at half to ¾ volume seems to have a rock or rap tune that favors a little extra bass and highs. Turning all the way up with this gets a little muddy but doesn’t have full on distortion. In other words, to most people, the HS35’s are going to sound good. I personally prefer a more natural tune but if you like a little bass they are going to sound good, just don’t turn them up all the way or that extra bass will start to sound bad. This really favored movies, rock, and rap but gaming sounded good as well in shooters especially.

The detachable microphone performed about how you would expect, it isn’t in or near the performance of some of the high-end microphones I’ve tested in the past but solid performance for what the HS35 is. What does that mean? Well, I wouldn’t record audio with it or use it for streaming or making YouTube videos but it is more than enough for team communications, skype or hangout calls, and yelling at your PC when your raid wipes at 3 am. The microphone mute button on the back ended up being easy to reach though you might bump your volume up or down when you reach for it. 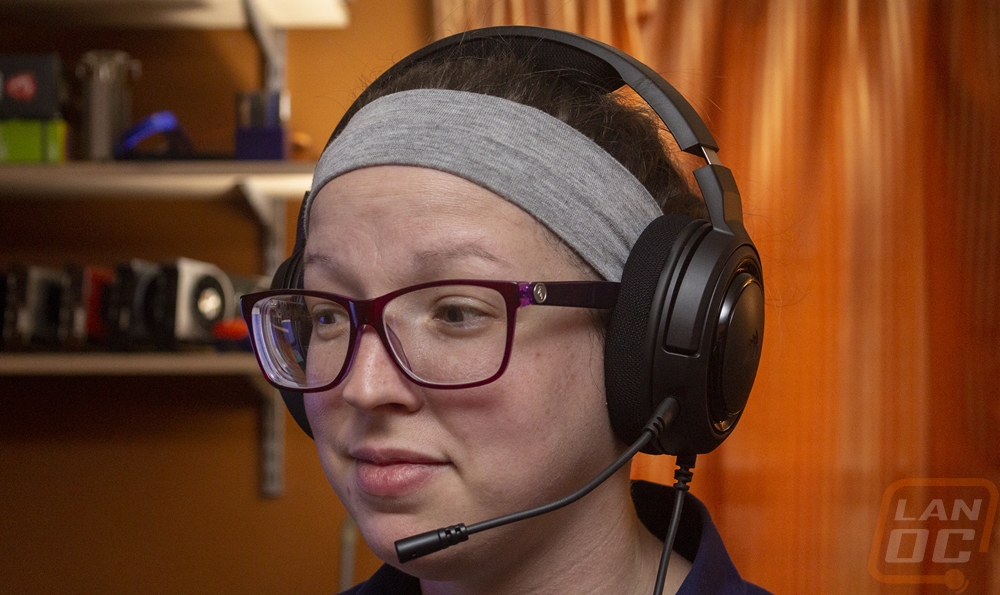 We have 900 guests and one member online