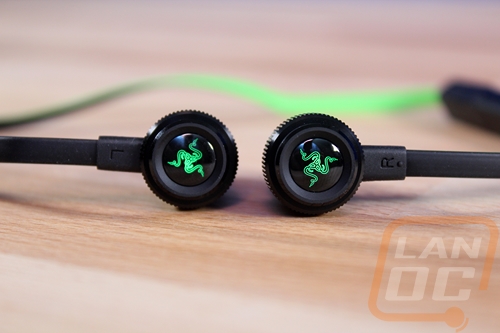 For audio testing, I spent part of the time with the Hammerhead BT’s paired with my PC and the rest with them paired with my phone. I did testing with my PC simply because that is where I listen to most of my music and I wanted to spend as much time with them as I could. With both most of that time was listening to music. Now earbuds and I have always had a precarious relationship, literally. I have multiple pairs of high-end earbuds and I love the way they sound but I’ve always fought with just keeping them in and with them being comfortable but I was hoping things would be different this time around. The Hammerhead BT’s are labeled on each ear and then the cord wraps around the back of your neck hanging there. You can then clip them to your shirt to keep them in place. I found the battery/control box in the middle to be a little heavy so it was good that you can attach them. The magnet isn’t very strong but they did grip my shirt but I did notice that a nice shirt with a collar, for example, would be too much for the magnet. The magnet design did make it quick and easy though.

With my big head, I was curious if I would have any issues with the length of the cord between the earbuds. I had my wife test them out and the cord length was more than enough for her small frame but on my larger neck/head, I was reaching the limits of the cord length. The earbuds fit best with the cord facing down but when I would turn my head it would pull them slightly and face the cord across my ear. The double bump on the rubber seal though kept the earbuds in, even when the cord was pulled. Given my past issues, this was a surprise. They fit will for me with the standard adapter and I didn’t even have to swap them out. It cut down outside noise and like I said kept them in place without being too tight or uncomfortable.

The in-line control behind your right ear was easy to pick up and understand without ever looking at it or any instructions. This was a combination of having a standard format that matches everyone else with the up and down buttons and a middle button. But the plus shape helped orientate me as well, as did the bars the show you when a volume button ends and the middle button starts. The built in charging port was covered to keep water and dust out and I love that they went with micro-USB for charging. Sadly everyone is moving to USB type-c now for phones, but most people have micro-USB charging cables all over in addition to the included one. The included carrying case is nice as well. It was bigger than I would want to keep on me day to day but great for trips or for longer term storage. The hard shell was solid and I had no concern about the hammerhead BTs getting damaged while in the case. 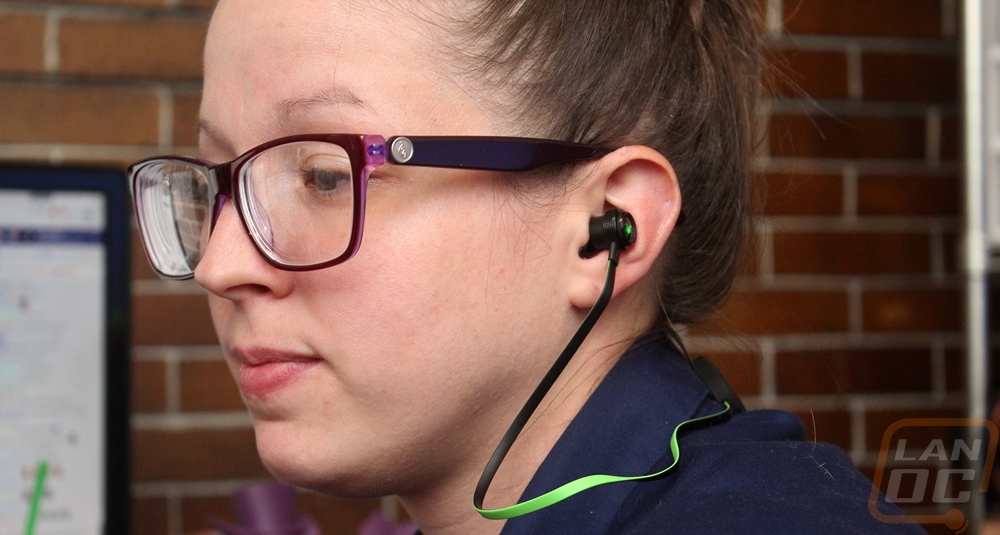 Now wireless performance was what you would expect for a Bluetooth device and very dependent on the room and device you are connecting to. I had to fight to get a good signal from my PC but only because it sits inside of a Faraday cage aka the wire rack that it sits in the middle of. With my phone the range was great and I could leave my phone in the office when using the treadmill, going to the bathroom or the kitchen, or on my toolbox in the garage while working on the card on the other end of the garage. This was all in a house that is infamous for having really bad wireless interference on every device. As for battery life, well the Hammerhead BTs are rated to get up to 8 hours of life and I came close to that in my testing at somewhere between 7 and 7 and a half hours (I lost track at one point), most of that was using them with the volume at an above average setting.

Now for audio performance, the main limitation is the wireless interface. You get the same 20 Hz - 20kHz frequency range that the ever popular Jaybirds have. In my testing, though they did sound good. Bass in Still Dre hit hard when jamming to The Chronic 2001. It was just missing the vibration of the patched together car stereo from when I was 17. Pink Floyd had good mid’s and great highs when listing to the entire Wish You Were Here.  David Gilmour’s guitar solo in Shine On You Crazy Diamond would have been a lot better laying in bed but sounded just as good while on the treadmill and taking advantage of the wireless connection. It would have all been better on a wired connection but this was still up there close (but still behind) the V-Moda Crossfade Wireless headphones I reviewed at the end of 2016. 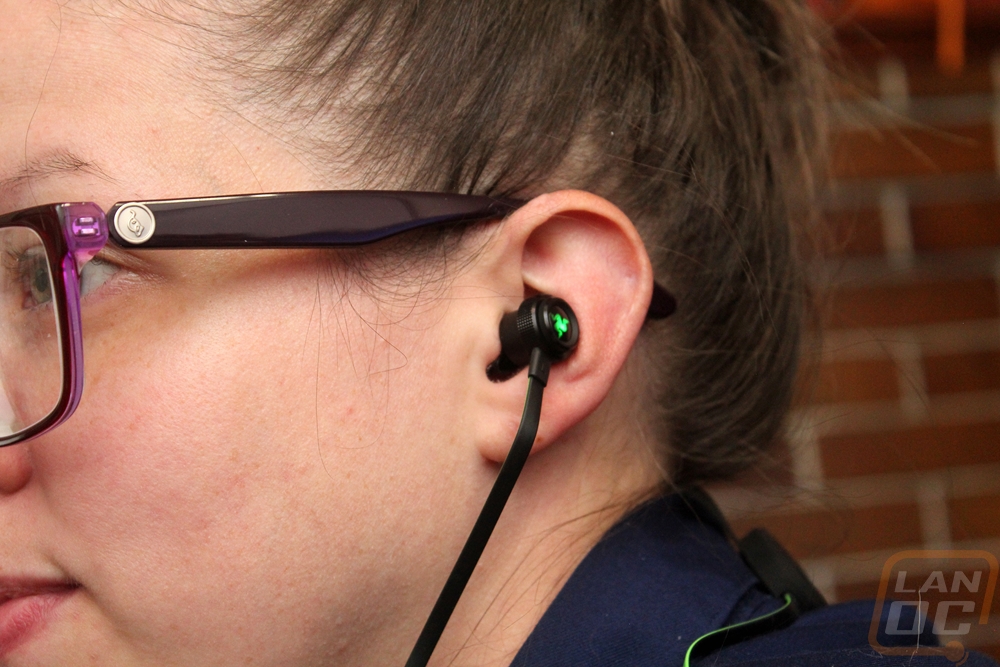