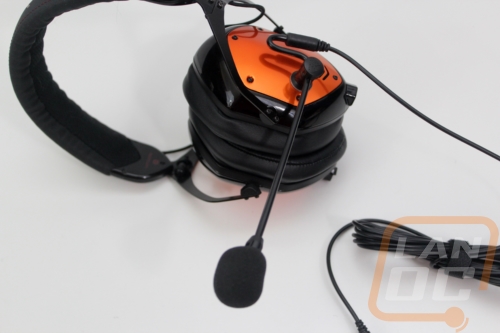 So before getting into actual performance we do have to get the ModMic installed. Doing that is really simple. I kept the small mounting point installed on the microphone and pulled the film off the double sided sticky tape. From there I figured out where I would want to put the microphone and cleaned up the surface. You need to install it onto the left side of your headphone and this lined up with the cord on my headset as well. From there you get it close to where you want then you need to make sure the microphone itself will be where you need it. I made this mistake on my first install, I ended up having the microphone at almost a 90-degree angle and it was up against my nose. So be sure to angle it towards your mouth. Once you get it perfect you just stick it up against your headset and press it tight. 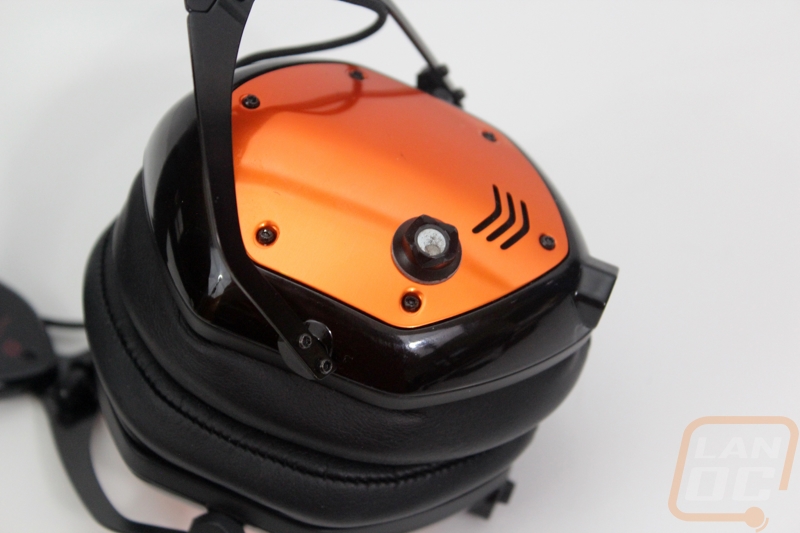 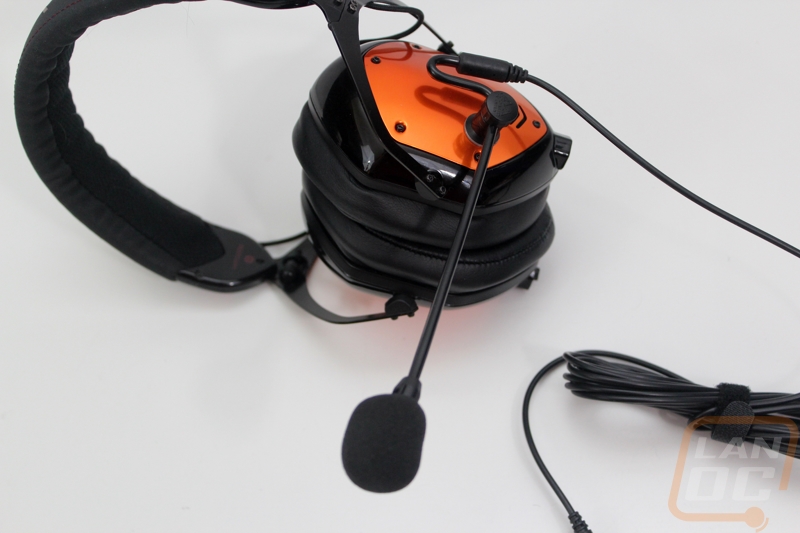 You also have to run down the cord and attach the included clips to both cords. They include 4 but I ended up using all of those just up in the area between me and my desk. Ideally I would want more to run the length of the cords just to keep it all clean. The cord was longer than my headphones cord so I wrapped up all of the extra using the included strap up near my DAC. 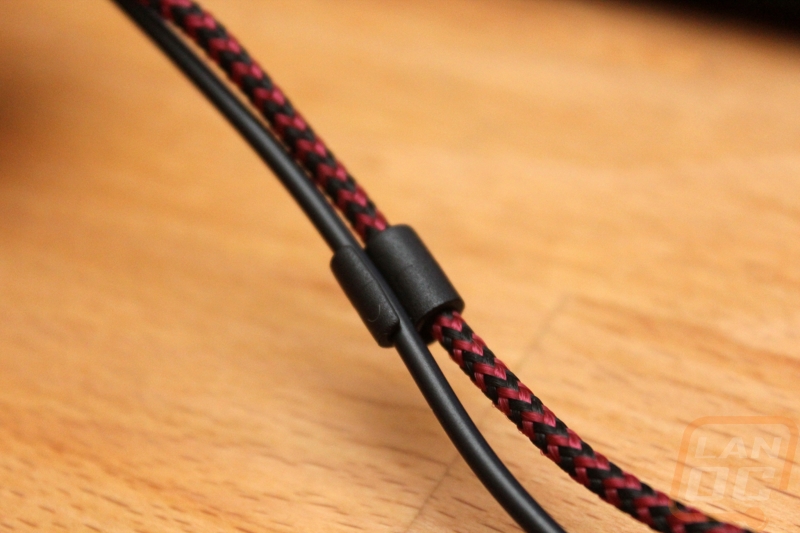 For my testing I used both ModMics while gaming and using TeamSpeak and in addition to that I spent a LOT of time just listening to myself talk while piping the audio back into my headphones. This was especially key because TeamSpeak and every other voice program does compress the audio and I wanted to get a good idea of the different performance. Right out of the hole I was impressed with both once I figured out that my DAC was running my microphone audio suspiciously low. Once things where turned up and I didn’t have to use a microphone boost I was impressed with both Microphones. They were both extremely clear and a drastic improvement over my everyday headset mics.

I focused my testing on comparing the two mics though. The Uni-Directional ModMic did a much better job cutting out background noise as expected. The Omni-Directional picked up me typing on my mechanical keyboard clearly but I was surprised that it didn’t pick up some of the other background noise in my office as much like my A/C. When I tested a desktop microphone this was the main downside, no matter the setting I couldn’t cut out those background noises. Having the microphone closer to my mouth though means less volume is needed so even with the Omni the background noise was an improvement. The Omni did seem to perform better when using it to pick up music, when just talking into it my voice didn’t seem to make too much of a difference. I think someone who is looking to sing might be more likely to need the additional range that the Omni provides, for me though the Uni-Directional ModMic cut out my keyboard and still outperformed my everyday microphones.

Beyond actual microphone performance I did spend a lot of time fussing with the ModMic to see if there were any issues with the design. Like I mentioned earlier you do have to make sure that your microphone is mounted exactly how you want it because there isn’t any room for adjustment as far as the angle goes. The mount does have a few positions that you can set it to but they are far apart and aren’t really useful. The other issue I noticed is that the magnetic design can get knocked off your headphones if you bump it. I had issues with this early on until I got the microphone boom bent to where I want it. When you try to bend the microphone you have to hold the mount. Because of this I would love to see them use a more flexible boom design similar to the V-Moda boom microphone where it is super flexible. I think this would get rid of the issue of having to hold the mount when adjusting and also give you more room to adjust up and down as well.