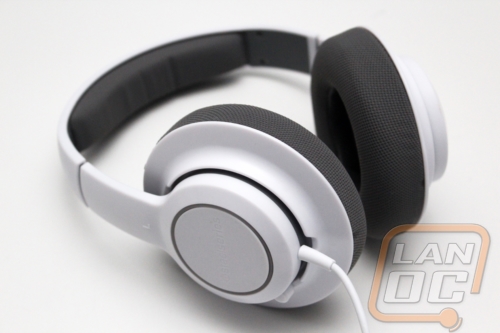 When you are on a budget, you always have to try to get the best bang for your buck while cutting and saving anywhere you can to put the money where it helps the most. SteelSeries recognized this when redoing their Siberia product line so they slipped in a new headset priced lower than their new Siberia V3’s. To give you an idea of where these land, to get a USB Siberia v3 you are looking at $139.99 and $99.99 for a non-USB model. The Siberia RAW Prism comes in much cheaper with an MSRP of $59.99. This puts it in direct competition with headsets like the Logitech G230 and the Creative Labs SB Inferno. Even then both of those headsets sell for the same price but aren’t offered with a built in sound card. Of course depending on how good your onboard sound card is that could be a good or a bad thing.

The new Siberia RAW Prism’s aren't perfect by any means but SteelSeries did do a good job of making them perform well within their price point on both comfort and audio performance. The fact that you get full color LED lighting and good software is a nice bonus as well. I did run into two downsides to the headset though. While the overall build quality is good, I’m not a big fan of the plastic finish of the headset overall. It feels cheap and looks unfinished to me. The plastic looks very similar to what some prototype products look like when I get the chance to check them out at events like CES. SteelSeries has been known to paint their headsets different colors, the Siberia RAW Prism is just begging for this treatment in my opinion. Give me a nice rubberized black or an orange Siberia RAW Prism and I would be extremely happy.

The other issue I has was with the stubby microphone picking up on the audio coming out of the headphones.  The microphone did an amazing job of picking up my voice, but it worked too well. If you rarely talk on your microphone this will never be an issue but if you do make sure you have tweaked the settings or make sure you aren’t playing anything embarrassing when talking. At minimum your team might hear themselves talking through your microphone and worse case they might find out about your Justin Bieber obsession and never let it go.

While the issues I ran into weren’t really trivial issues, I do still think SteelSeries is onto something here. I would still recommend it to anyone who is on a budget as long as you can live with the downsides. The upsides might just make it worth overlooking them though! If nothing else, it looks like the budget headset category just got a little more competitive. 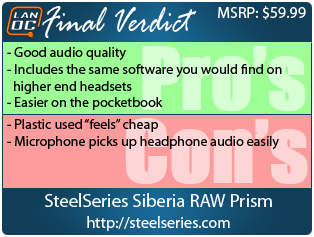 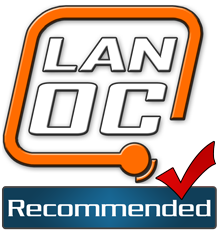 You might call him obsessed or just a hardcore geek. Wes's obsession with gaming hardware and gadgets isn't anything new, he could be found taking things apart even as a child. When not poking around in PC's he can be found playing League of Legends, Awesomenauts, or Civilization 5 or watching a wide variety of TV shows and Movies. A car guy at heart, the same things that draw him into tweaking cars apply when building good looking fast computers. If you are interested in writing for Wes here at LanOC you can reach out to him directly using our contact form.
Discuss this article
Log in to comment
Posts in discussion: SteelSeries Siberia RAW Prism

Does the Siberia RAW Prism work on the PS3? It says it has compatibility on Windows, Mac OS X and on PlayStation. But all I've seen is the mention of the PS4, not the PS3.

Have you ever tested it on the PS3? Will it output the audio of the game on the headphones?

garfi3ld replied the topic: #35769 16 Oct 2014 02:56
I will be honest even though I have a PS3 I never use a headset with it. I haven't tested on the Siberia Elite Prism. The USB sound card hasn't changed from before so I would assume the answer would be the same as in this post.

I did send over a message to SteelSeries to find out for sure. I will post up once I get an official answer for you Chad.

garfi3ld wrote: I haven't tested on the Siberia Elite Prism.

Don't you mean the "Siberia RAW Prism"? Or is that not possible at all on the PS3, because it doesn't provide the 3.5 cable. I can see that the Elite Prism can work from that FAQ link.

But I meant the "Siberia RAW Prism". If you plug the USB cable of the Siberia RAW Prism on the PlayStation 3. Will it function? As in game sound being output on the headphones instead of the TV.

garfi3ld replied the topic: #35771 16 Oct 2014 06:10
Yeah sorry about that got mixed up with the two posts. I did ask SteelSeries about the correct headset though. I have a feeling that it won't work for in game audio because it doesn't have the removable USB sound card like the Elite. Will update tomorrow with what they say though
Read More...

We have 752 guests and one member online