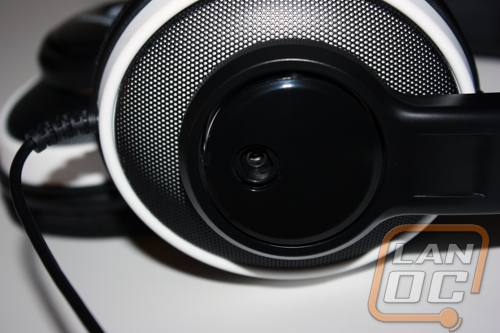 Quality sound and a comfortable fit aren’t exclusive to just PC gaming but for the most part finding the same experience in a console headset can be difficult and expensive. For most, owning a set of quality headsets for both your console and your PC simply isn’t cost effective. Today we take a look at the Ceres 500 from Cooler Master that looks to buck the trend and proved a quality experience to both platforms with the ability to switch between them on the fly. Is this performance too good to be true? We will find out.

As we start with the front of the box we find that Cooler Master isn’t content to just give us the usual picture preview introduction to the Ceres 500's as the actual unit is peeking out the right side for us to get a look at. 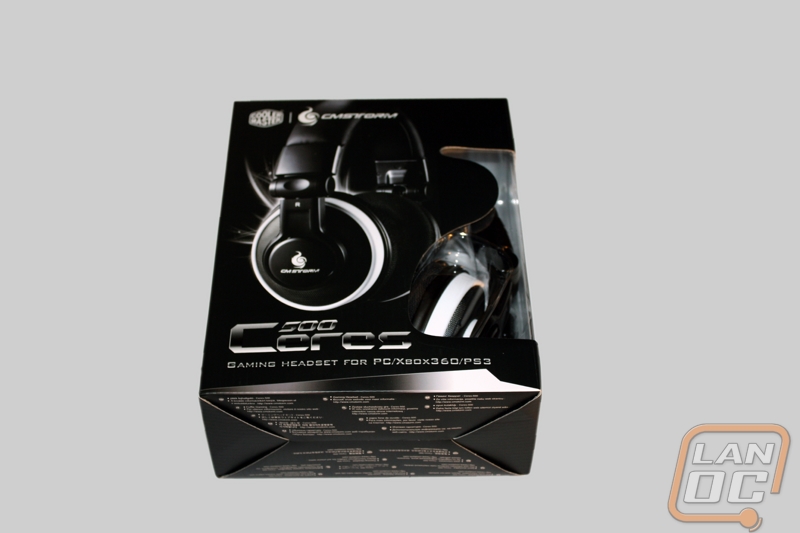 The rear is where we get introduced to most of the features the 500 has to offer as well as the technical specifications. You can see the in-line volume controller has a built in amplifier for better sound, the microphone is detachable just like the Ceres 300s and the 500 series features a fold-able design for easy storage. 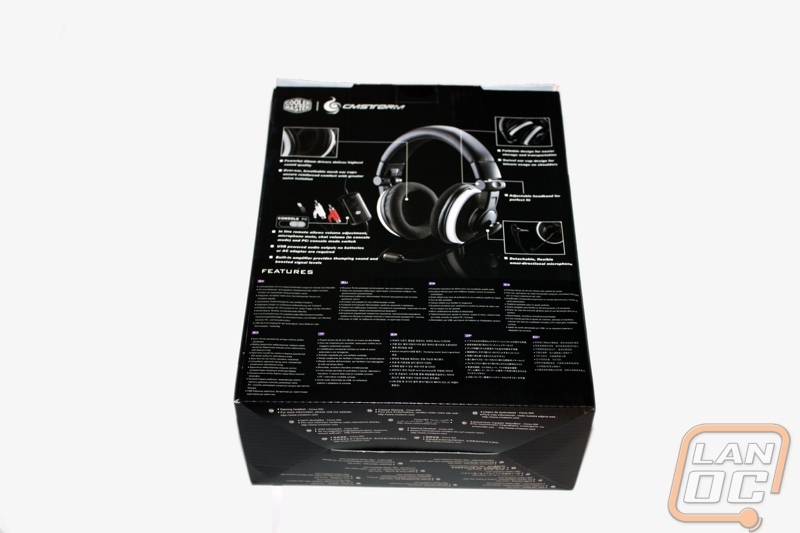 Inside the box we find a user guide, a quick connections guide, a 2.5 mm connection cable and the 3.5 mm to RCA pass-through cable for connection to your console systems. The last addition is the removable microphone 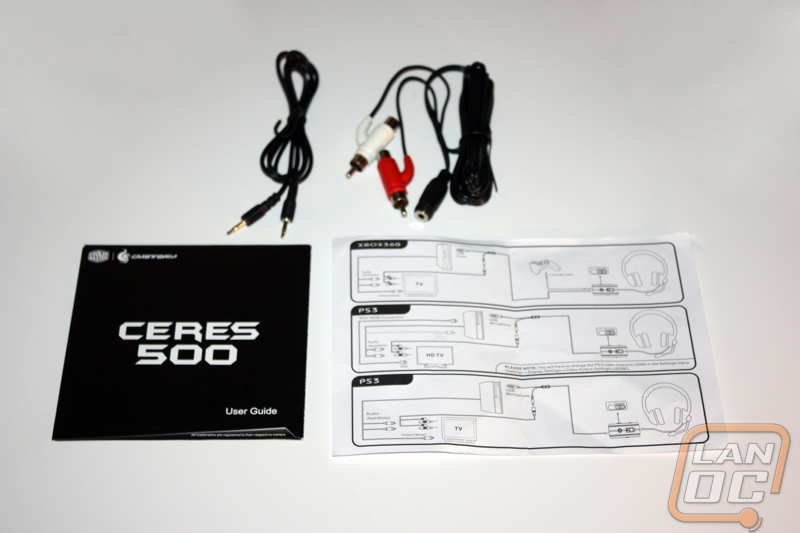 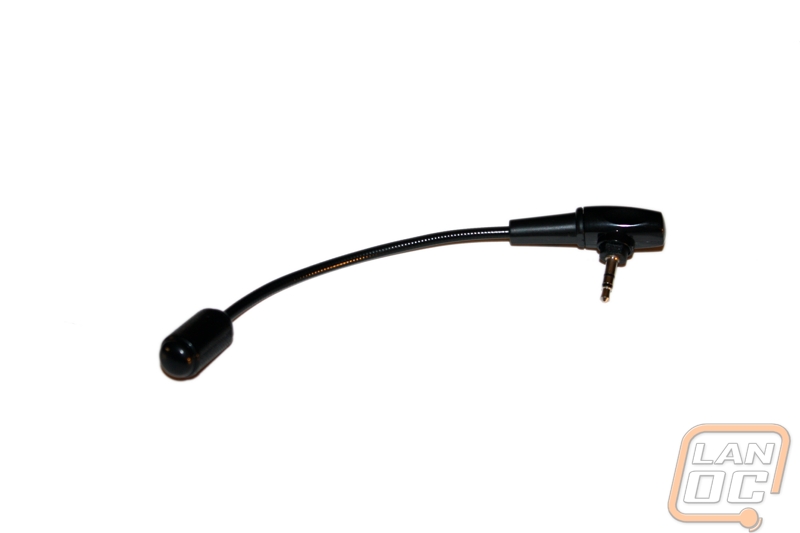 Finally we get our hands on the headset. The overall design is similar to the Ceres 300 but it is plain to see there is a bit more going on here. The earphones can be rotated 90o so the 500 can be worn around your neck and operate as a pair of small speakers for those times when you just aren’t in the headphone mood. This model is also fold-able and compact for travel, good for both LAN PC gamers and console users who like to take their systems with them. 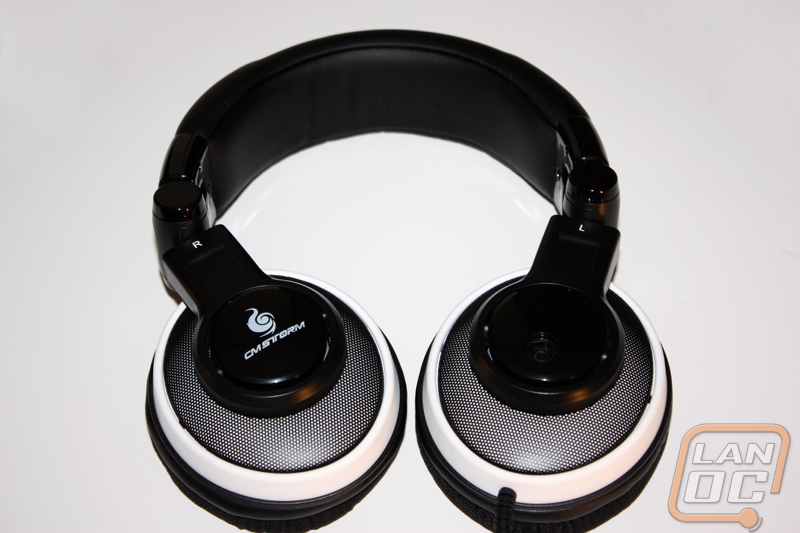 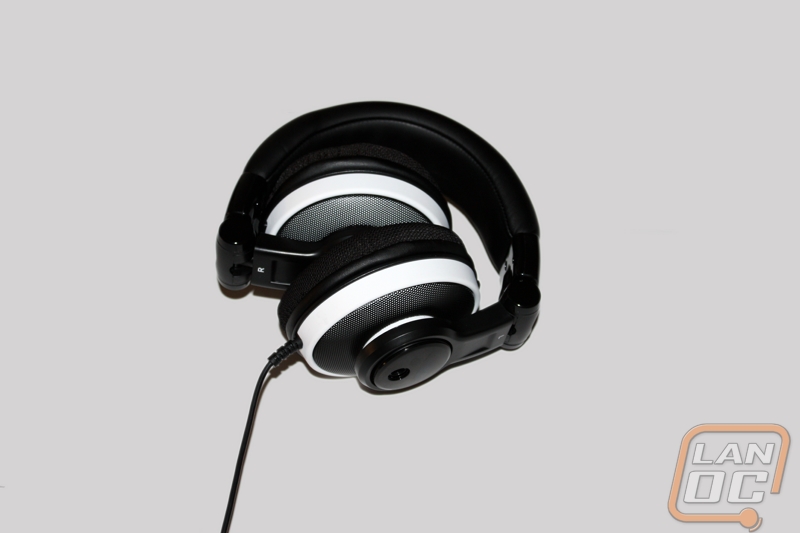 The ear pads on the Ceres 500 are made from the same durable knitted cloth found on the 300’s to provide that long term comfort for marathon gaming sessions. The headband padding is made of leather and is adjustable to fit your own personal preference. The removable microphone connection jack is found in the left ear piece and this time around it with a more robust port that eliminates the plug in orientation confusion the 300’s had. 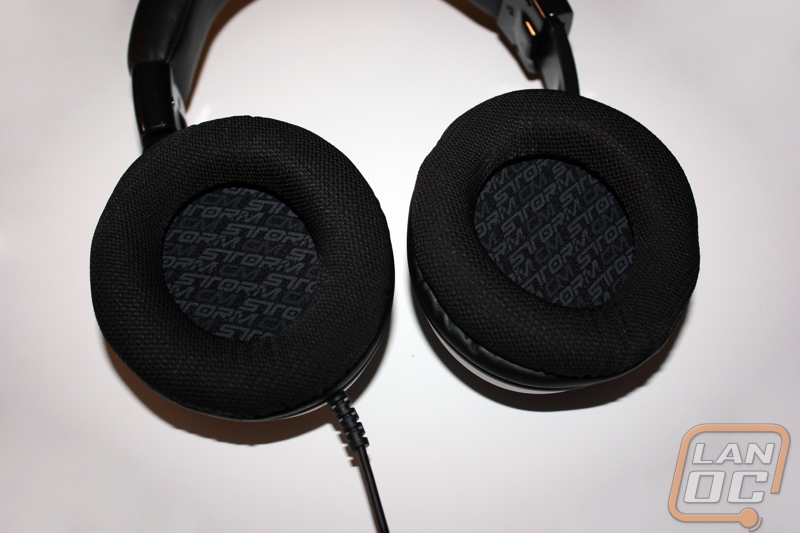 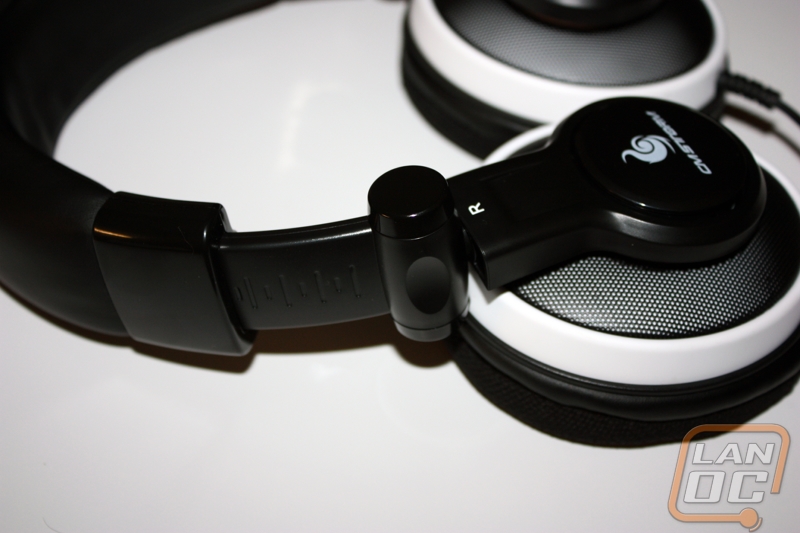 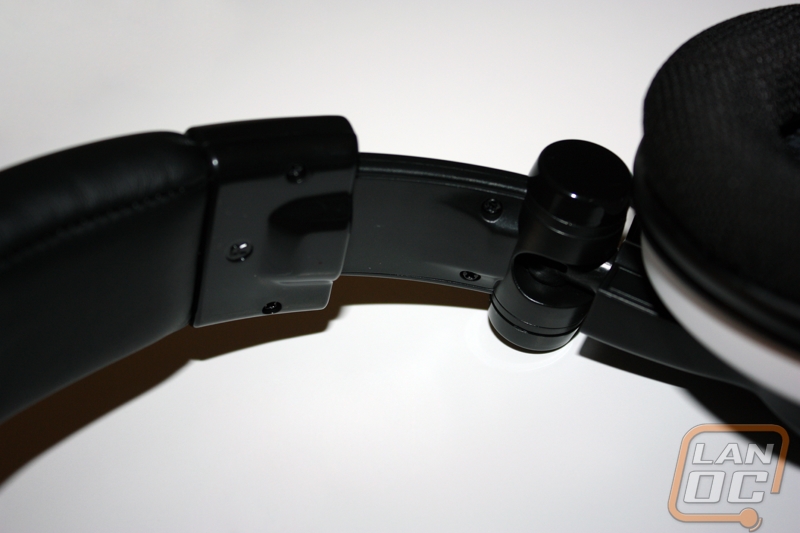 The connection cable for the 500 is a bit more substantial than your average headset as you would expect for a product aiming to cater to both markets. The in-line controller is one of the largest I have ever seen offering not only then usual volume and microphone muting abilities but also microphone volume control and a switch that allows you to switch between PC and console mode on the fly. The headset is USB powered meaning it will always need a USB connection to be used in any configuration. For PC use the USB connection serves as the audio connection as well (no dual 3.5 mm jack configuration here guys) but for strictly console use be aware that you will need a USB port handy for the headset to function. 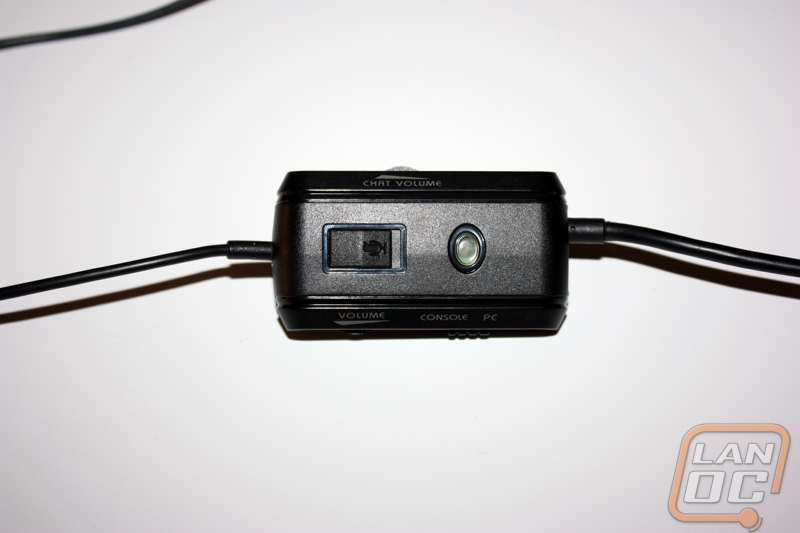 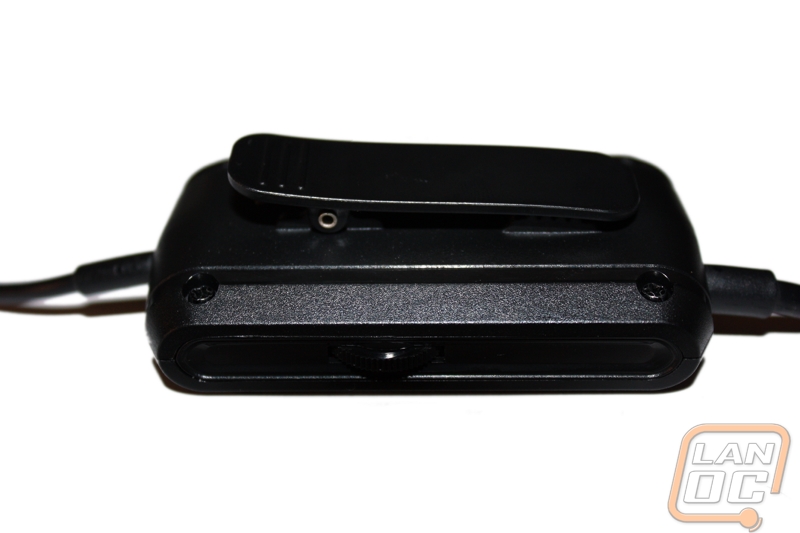 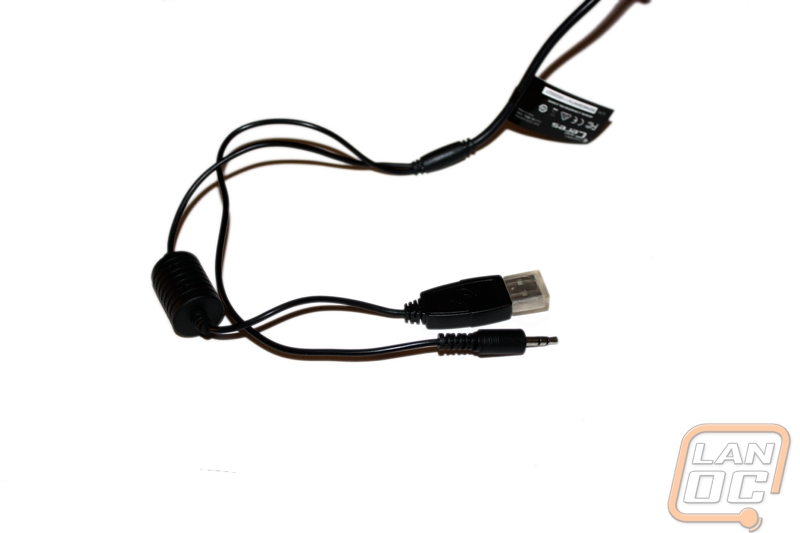 Starting off with comfort, the Ceres 500’s mimic the 300’s all plastic design and manage to feel light without coming off as cheap or shoddy. The cloth ear pads are comfortable and seem quite durable and, in truth, the headset is perhaps more comfortable in the on-ear rather than the rotated off-ear configuration. The initial fit is a bit more snug than a usual PC headset and certainly something you have to get used to but it allows for more movement without having to worry about the headset falling off mid-session which is perhaps something more catered to the console side of things. The usual word of caution is given as the adjustable portion of the headset is plastic held in place by small screws but there is more of a bend in the headband to offset this typical stress point. 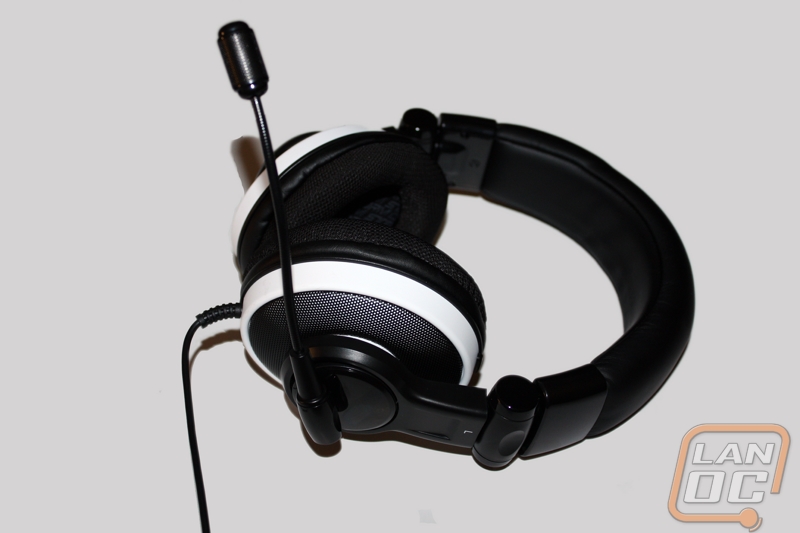 Bone Thugs ‘N Harmony – The Crossroads: The bass provided the Ceres 500 is on full display in this song but unfortunately drowns out most of the more subtle elements when present and lacks to overall quality found in more media oriented headsets.

Nat King Cole – Unforgettable: Without the bass present to drown more subtle elements of the sound present in this mellow piano track the 500’s perform quite admirably and in quite the same fashion as the previously reviewed 300s did.

Eric Clapton – Tears in Heaven: This mellow rock ensemble comes across quite well, again, with a lack of bass to prevent it from being drowned out. Some of the more subtle elements are lost unfortunately.

Ludwig van Beethoven – Fur Elise: The last song up is our classical masterpiece. The 500's handle the transitions and orchestral elements well enough for a headset in its price range. I must this song was probably the best overall performance for the headset as far as our test songs are concerned.

PC Game – Warframe: The futuristic beat-em-up from Digital Extremes relies heavily on the fast paced sound elements to keep you engaged during your time as a parkour death robot. The 500's perform well here letting the sound blend with the gameplay on screen.

PS3 Game – Metro Last Light: Putting the console to mode to task, we chose a game we already know relies heavily on atmosphere and sound. Having previously reviewed the PC version we already knew what the performance should be like and I will come out and say the console sound performance might be a bit better than the PC side. I am unsure if this is because of the 3.5 mm-RCA connection versus the PC’s standard USB connection but the difference, at least for a gaming perspective was there.

For its entry level price tag the Ceres 500 sure brings a lot to the table. Being able to serve well as both a gaming headset for PC and consoles is something I specifically came to appreciate with my gaming PC and PS3 both sharing real estate on my desk. The sound quality is acceptable and the microphone is a much more robust piece than the 300's piece. The headset fits snugly on your head without a feeling of pressure

For all its versatility there are a few flaws present in the 500, the first being the requirement for a powered USB connection to operate. This is mostly due to the included amp but it means that while the inline 3.5 mm connection could be used with even phones or other media players that most will ignore this functionality simply because of power requirements. The other flaw is the way the headset handles extreme bass, that is, not well. This can probably be attributed to the included amplifier as well and is noticeable in more media orientated applications such as music or movie watching.

The Ceres 500's are a capable and versatile gaming headset that provides quality sound for both PC and console gaming at a very competitive price point. That said, they fall short as a dedicated media headset do to issues with bass and the necessity for a working USB port to operate. If you are in the market for a headset that can handle both your console and PC gaming habits then give the Ceres 500 a look but if you desire a more media based performance I would suggest looking elsewhere. 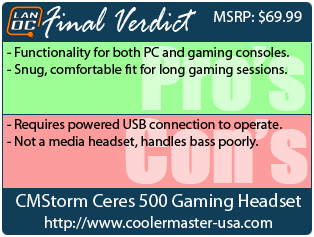