Being a PCIe x1 card I had a few options on installation as far as where I could install it on my motherboard. Because I don’t have any plans on running SLI any time in the near future on this build I went ahead and placed the card just below the GTX 680 already installed in one of the boards full length x16 slots. After securing the card I had to make sure the card has the power it needs to run. In this case the Phoebus actually requires a full 6 pin power connection for power rather than the more traditional 4 pin Molex connection. This is an interesting choice considering that some people are already limited on 6 and 8 pin power connections. You will have to keep this in mind before going with the Phoebus. In my case I had more than enough power connections available. With it all hooked up I can say the single 6 pin power connection does have one major benefit over a Molex connection, you don’t have to hide the other plugs anywhere like you would need to with Molex, there is just the single 6 pin power connection at the end of the cable. 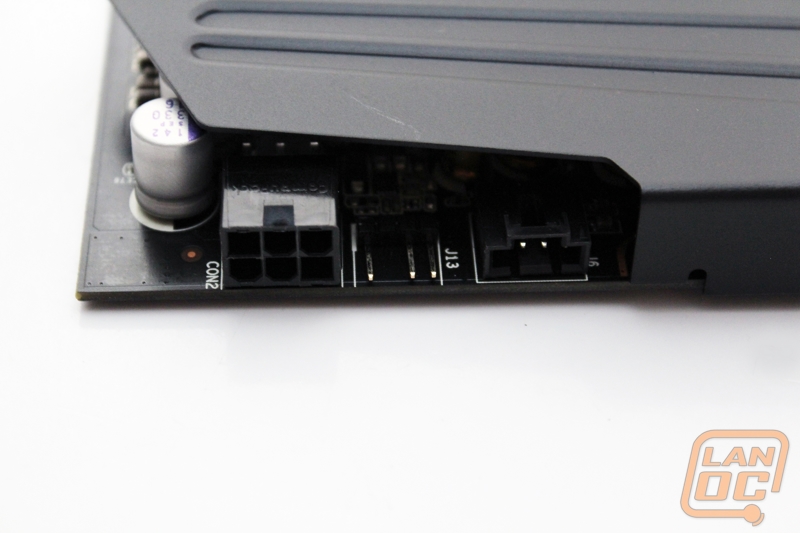 Another nice touch that I noticed during the installation is the fact that Asus went with an all-black PCB. The Sexy ROG styled cover on the other side of the card looks great as well, but you know that when the card is installed you are going to see the back of the card and the top edge. Speaking of the top edge, Asus also made sure to include a nice Xonar Phoebus logo right on the edge that lights up when your pc is powered up. The color depends on your headphone’s gain settings, so don’t expect it to just match your build out of the box. Less than 64 ohms will get you blue and the two gain settings above 64 ohms will light up red. 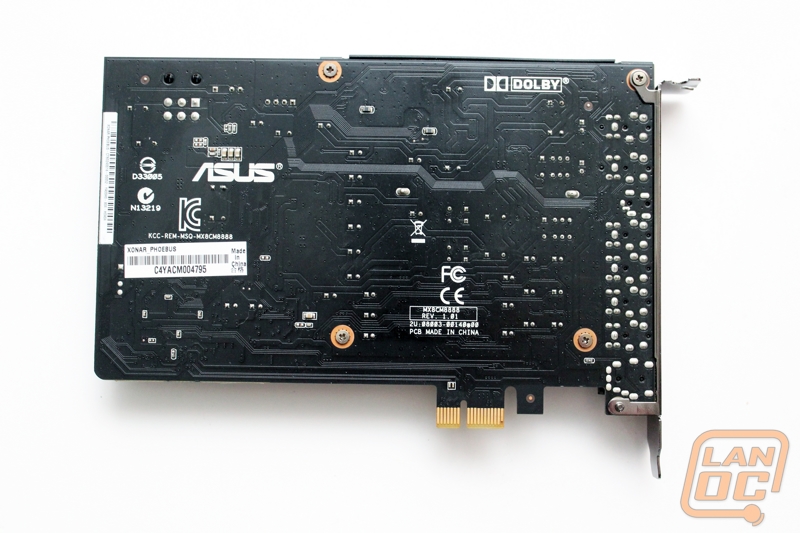 While still inside, if you want to hook up your front panel audio connections you can hook them up right on top as well. In our case I’m not all that worried because the Phoebus comes with its own front panel headphone ports on the controller that goes right on your desk. Hooking the controller up requires that you plug in your microphone and headphone cables as well as a third smaller power connection. On the card all three connections are right up top. When installing mine, I already had my computer booted up with the Phoebus installed and I noticed a nice feature that Asus included. The Microphone and headphone ports that you need to plug into have LED’s built into them and they glow the appropriate red and green colors to match the cables. This made the installation under my desk much easier! 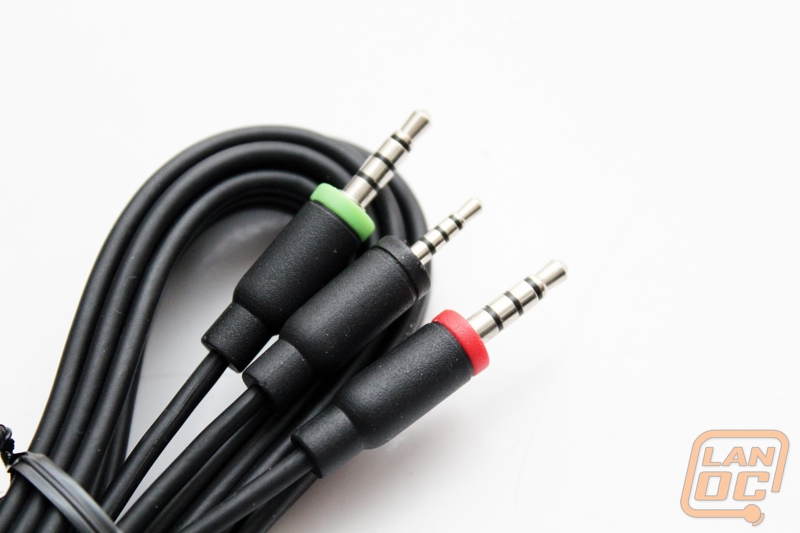 Wooderson replied the topic: #28058 20 Sep 2012 17:29
The difference between most on board sound and a dedicated sound card is night and day difference, at least for me. I have owned an older Creative Sound Blaster Fatal1ty Professional, and a HT Omega Striker 7.1 sound card. I'm sure the Asus ROG Xonar Phoebus is a step up higher in quality than both of these, its pretty pricey though.
Read More...

We have 1394 guests and one member online