With a headset it’s important that it sound great, but it’s all for nothing if it isn’t comfortable as well. In the case of the Vengeance 2000, it also has to have good battery life. So today we are going to break down all three of these important functions and see how well it holds up. Starting with audio performance using our standard test’s below. All of the testing is done with a flat equalizer curve in Corsairs software as well. 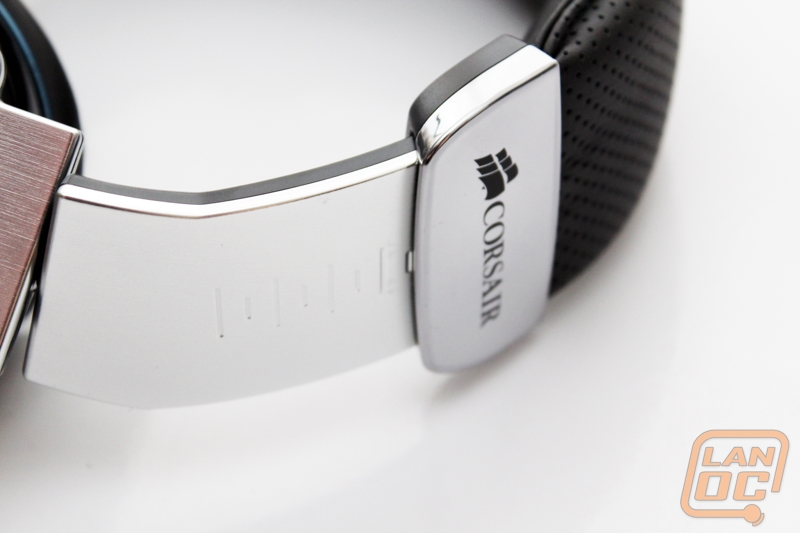 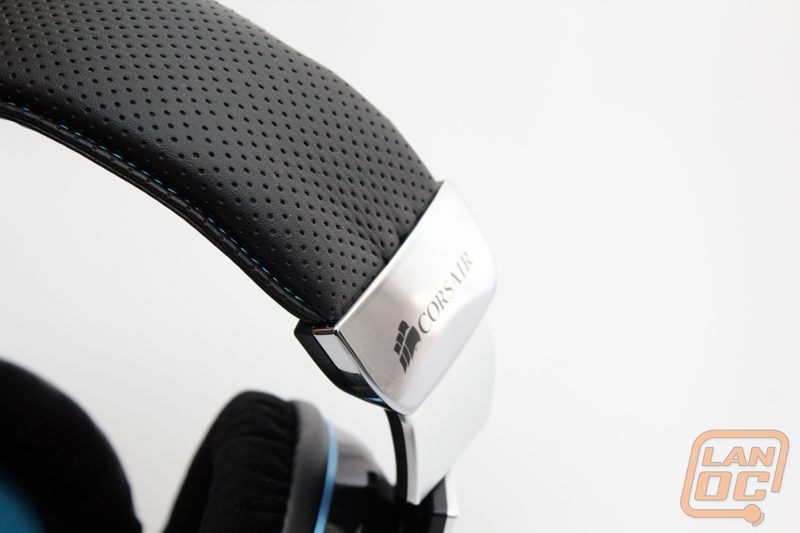 Bone Thugs N’ Harmony Tha Crossroads- Right from the beginning its hard to get over the amount of bass that the Vengeance 2000’s have over previous Corsair headsets. Each bass beat literally rattles my head. Also impressive is how loud they are, being wireless is obviously not holding them back. Beyond the lows, I was equally impressed with how well they responded to the highs in this song.

Eric Clapton - Rush (Soundtrack) - 10 - Tears In Heaven- After our last song I was worried that the Vengeance 2000’s bass would be too much, with this song I found it to be a little more subtle in most cases. You can still feel each beat and every ounce of his pain as he plays the song. The Vengeance 2000’s sounded amazing!

Nat King Cole & Natalie – Unforgettable – For something completely different, this song avoids the bass that has been so impressive with the Vengeance 2000’s so far. Coming from songs with more bass this felt a little flat, but the Vengeance 2000’s did a good job of replicating how this song was meant to sound like.

Ludwig van Beethoven - Für Elise- Much like Unforgettable, this song lacks the lows that make this headset really stand out. But it still does a good job, while still feeling a little flat. This isn’t anything a little tuning on the equalizer wouldn’t fix.

In Game – Battlefield 3- In game the head rattling lows come in handy. Every explosion or gunshot brings you into the game even more. Between the impressive lows and the crisps highs I felt as close as I would like to be to the action!

Movie – 2009 Star Trek Blu Ray- Considering how big of a roll that bass plays in big movies like this, I wasn’t shocked when during the opening scene I felt like I was right in the theater. The Vengeance 2000’s have amazing lows that suck you right in while rattling your teeth. I would highly recommend these for watching movies.

Almost across the board for audio performance I was very impressed. On the songs that lacked the lows that really impressed with the Vengeance 2000’s the songs did feel a little flat, but the headsets highs made up for it.

As I mentioned before comfort is just as important as audio performance, if you can’t keep them on for extended gaming sessions or for movies what good are they. As a whole, I love over the ear headphones for comfort. Most headphones that I use every day, other than when I travel, fall into this style. So I found the overall shape of the Vengeance 2000’s to be top notch, fitting all the way around my ears. The headband is very padded and covered in leather, even after hours of use I didn’t feel any pressure on the top of my head like you will sometimes get with headphones of this style. The adjustability on each side helps prevent that pressure as well but making sure it fits you correctly. What I found even more impressive was that my ears didn’t heat up as much as with other closed ear designs. 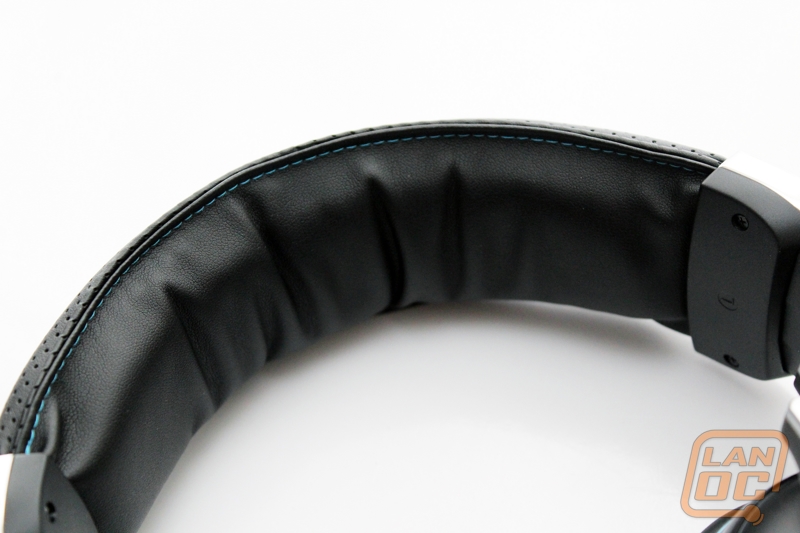 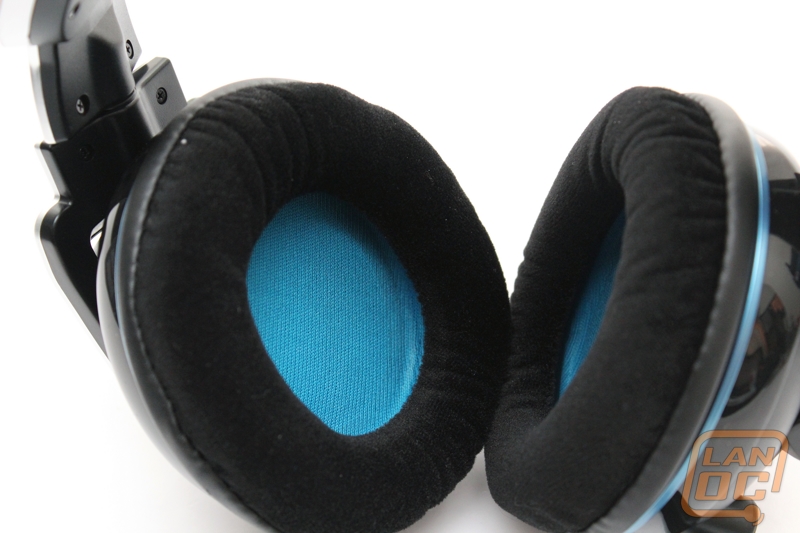 Being a wireless headset I was concerned with how you keep them charged as well as their battery life when they came in. Corsair claims nearly 10 hours in battery life, so the first thing I did was charge them up using the included cable that plugs right into the side and put them to use. I was able to get a full work day out of the fully charged Vengeance 2000’s, an impressive feat considering the entire time I had my music cranked up. After finally running them down, you get a beeping notification every few minutes until you plug them in. It’s great they actually let you plug them in and continue using them as well, multiple times during my testing I forgot to plug them in after a late night of work/gaming and found them nearly dead in the morning. Charging while using them came in handy.

Another feature that I found especially useful that you wouldn’t normally find on a wired headset was the volume control built right into the side under the power button. This made it easy to turn up the volume when needed or to turn it all down when my wife said something important to me. Speaking of the power button, multiple times I found myself a little mixed up with this one push design. Trying to turn the Vengeance 2000’s on I would sometimes accidentally turn them on and off again, the same while trying to turn them off. I think a switch would have been a lot easier to use and a better way to prevent the battery from being run down. 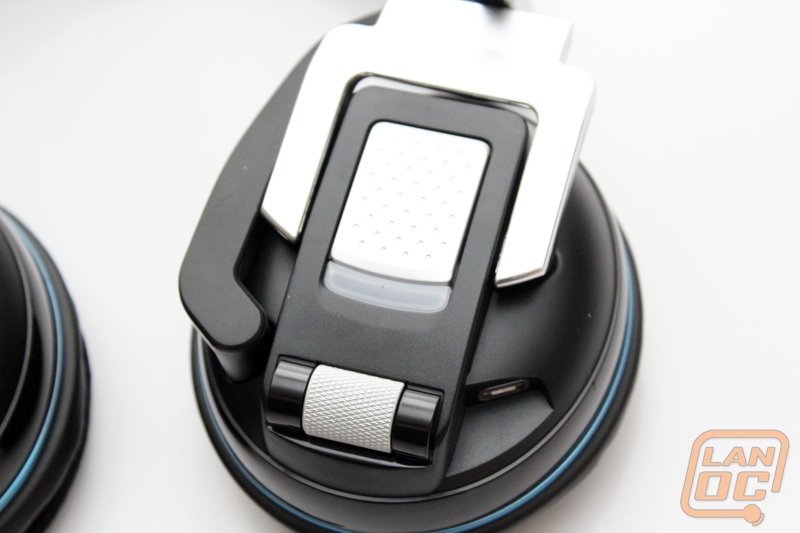 So the battery life was good, but how far can you really go with them? With at least a half battery charge I could make it from my office to my kitchen to grab a soda while still talking on Skype or listening to my music. The same could be said for making it into my bathroom with my music still playing as well. This was pushing a little beyond the 40 feet that corsair claims and is MUCH farther than what I would reach if using a corded headset. 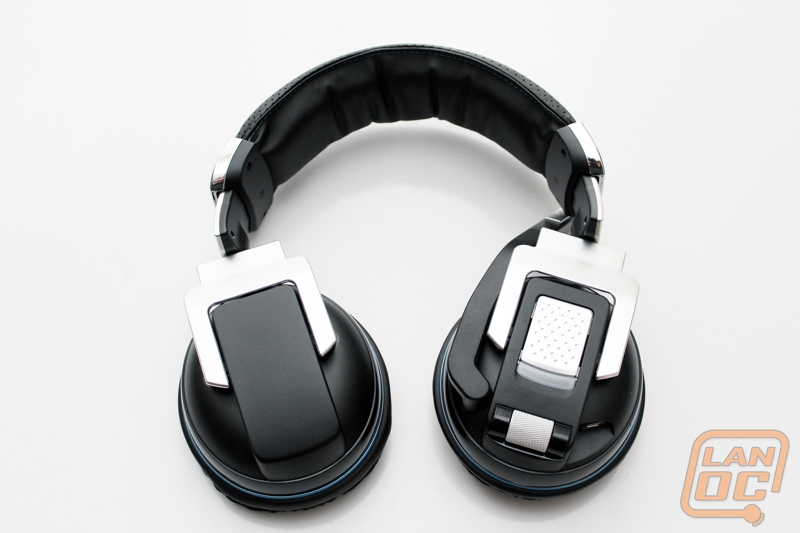 Last but not least we have the Vengeance 2000’s built in microphone. It wouldn’t be a headset without it right? The microphone in all cases worked perfectly and was crisp during conversations. I did have to keep the microphone turned all the way up in the settings, but this isn’t anything different than what I have had to do with all microphones coming into the office. There is little adjustment with the microphone beyond its swing down design. Because of this there are fewer reasons for it to break, as we have had issues with the highly adjustable microphones breaking over time in the past. The design is capped off with a small piece of matching metal at the end of the microphone boom to match it with the rest of the Vengeance 2000’s black and metal design. 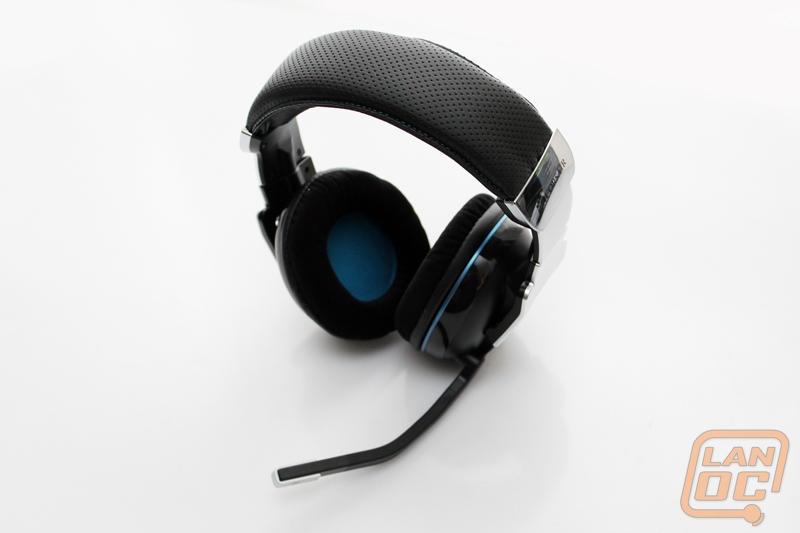 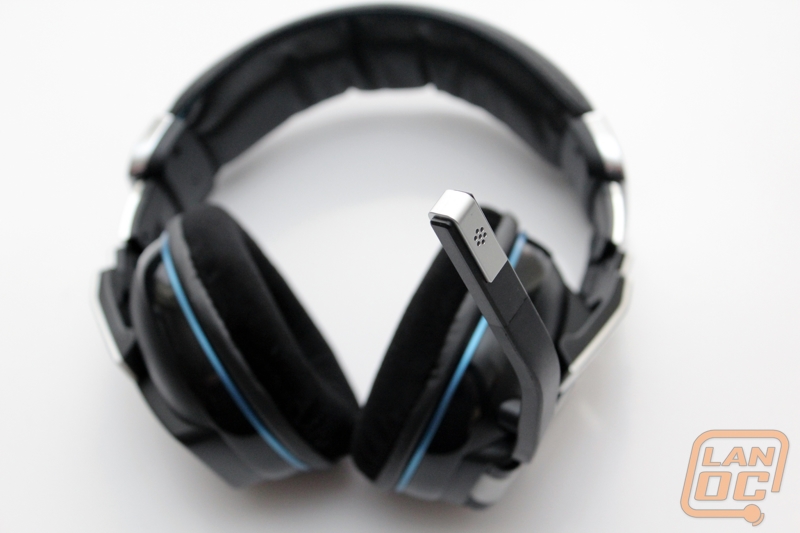 We have 1522 guests and one member online