In the past, we have worked with Steelseries with our lan parties and reviews. Considering their focus on creating performance enhancing gaming gear, it's not a surprise really that we have a close relationship with them. Today I will be looking at their Siberia Neckband headset. With a neckband design being much different than any other headset I have tested I am excited but unsure how it will perform. Although considering past experiences with Steel Series I'm sure it will be a quality product. 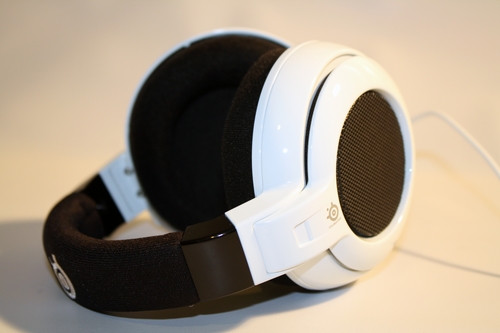 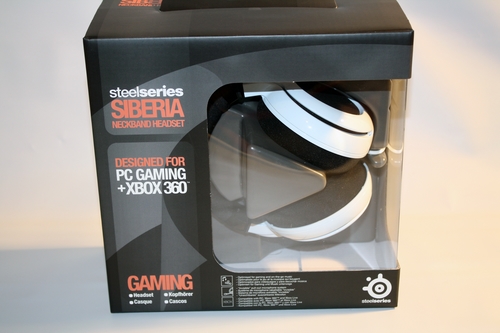 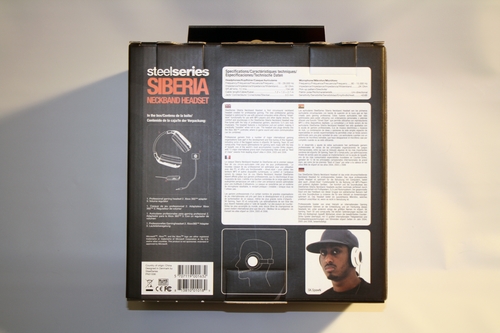 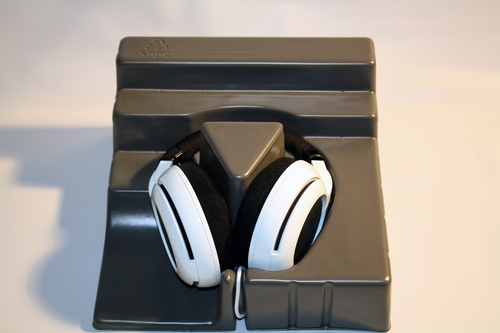 Steelseries packed their Siberia Neckband Headset into box with a large window in it. The box itself has a "standard" Steelseries look reminding me of the last steel series product we looked at. This of course isn't a bad thing, the front of the packaging is recognizably Steelseries. The included window shows off the headset very well, I love when I can see what I may be buying.  The back of the packaging includes a specification listing along with a full product description in multiple languages. To cap it off they also included a diagram and picture how the neckband fits. Inside the headset was secured and protected with formed plastic. Steelseries also included a few accessories with the headset like an Xbox 360 adapter and an inline volume control. Lastly, they also included an instruction manual, a small book of steel series products and a Steelseries sticker. 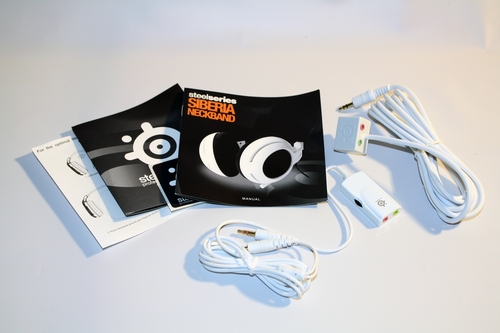 With most headsets the two biggest issues that I have are pressure on my ears and pressure on my head from the top band. I'm fairly sure Steelseries was reading my mind when they designed the Siberia Neckband. The large cups fully encompass your ears meaning no pressure on your ears. The second issue won't be an issue without a top band of course. Putting the headset on can confuse you until you figure out how they work, after that it is second nature. In order to really judge the comfort level It was very convenient that we hosted another one of our mini lans, this gave me an opportunity to put the Siberia to the test. If found the headset extremely comfortable, but without a headband I found it hard to keep the headset in position. Because of this I found the headset could be uncomfortable at times, of course this was easily fixed with a readjustment. This was the point where my dreams of a headbandless set of headphones came crashing down. Of course this doesn't mean the headset was bad at all, even at its worse it was still much more comfortable than most headsets. 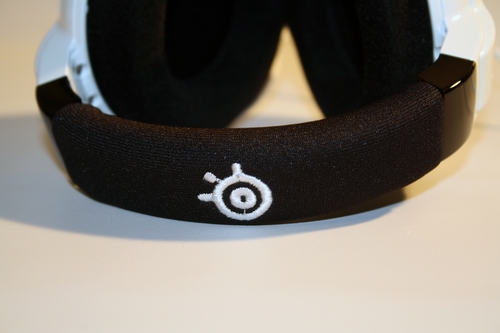 As I've always said in the past, sound quality is very subjective. Everyone has their own idea of what sounds good, and what doesn't, so please remember this when considering my opinions. 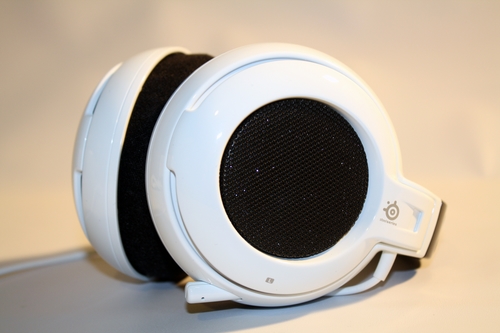 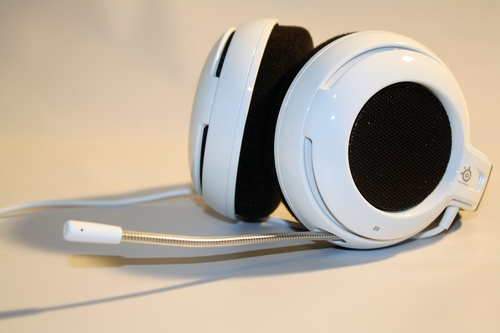 In order to be able to test out the headset properly I used it in my everyday life. For me this involves an excessive amount of TV shows, movies, gaming, and sometimes music. I've talked in the past about how most gaming headsets don't perform as well with music and movies. Steelseries understood the importance of an all around good performing headset and fine tuned the Siberia Neckband with the help of professional gamers, DJ's, and rock musicians. Because of this I was very happy with the out of game performance. Music and movies have a balanced sound that draws you in. In game, the Siberia performed well but did lack a little directionality, not enough to be a major issue though. I loved the pull out flexible microphone and found it picked up my voice clearly during testing no matter where I positioned it. 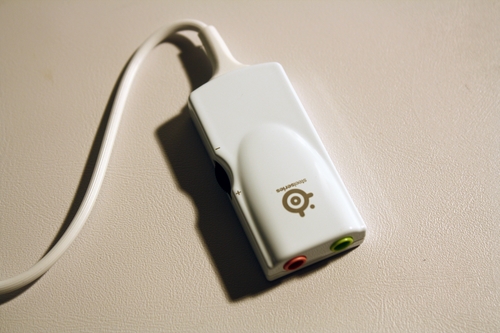 While going through the included accessories I found the Xbox 360 adapter and was excited to put it to use. One of the major flaws with the standard Xbox headset is the lack of game sound feedback. I was very happy to see Steelseries included the option to hookup your TV sound output to the headset also. Because of this, you can hear the game better and talk to everyone without waking up the neighbors. This great accessory is worth a lot on its own; including it, helps add value to the headset. 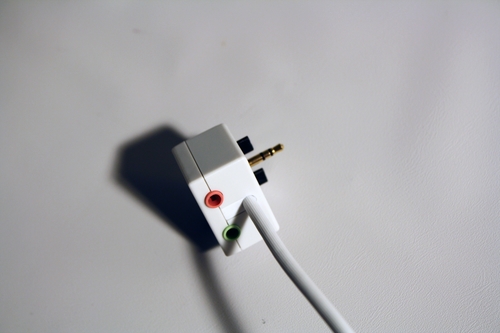 I wasn't really sure what to expect with the Siberia Neckband from Steelseries. Our last headset experience from Steelseries was an on the ear design and I've never been a fan of that. Of course, the Siberia Neckband is a drastic change from that. I found it to be amazingly comfortable, the over the ear design is perfect. The neckband was comfortable also but made it hard to keep the headset in a good position. I would like to see the neckband have a little more pressure to keep it in place, I found the headset sliding down and putting pressure on my ears anytime that I moved around too much. I was very impressed with the sound quality of the Siberia Neckband; you can tell they spent a lot of time tuning it for every situation. You put all the amazing features together and you have a great headset no matter how you plan to use it. 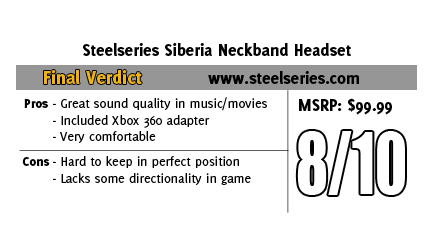 You might call him obsessed or just a hardcore geek. Wes's obsession with gaming hardware and gadgets isn't anything new, he could be found taking things apart even as a child. When not poking around in PC's he can be found playing League of Legends, Awesomenauts, or Civilization 5 or watching a wide variety of TV shows and Movies. A car guy at heart, the same things that draw him into tweaking cars apply when building good looking fast computers. If you are interested in writing for Wes here at LanOC you can reach out to him directly using our contact form.
Discuss this article
Log in to comment
Posts in discussion: Steelseries Siberia Neckband Headset