As important as the hardware is it is always the software that will make or break you. Most 3d printer companies rely on 3rd party software to run their printers, at most contributing to the development and working close when they can to make sure everything is supported well. For the most part that is enough to get the job done but as I have learned over the years, companies that invest more in software typically come out ahead in the end and let me tell you software is expensive and it doesn’t show up on a bullet point marketing list for a product. So when I first started testing the Prusa i3 MK2S they had two programs that you could use. They work closely with Slic3r and include a Prusa version of the software with their printer but with the recent introduction of their Multi-Material upgrade, that same software has two versions, one for the standard Prusa and another for when you run the four color configuration. Along with Slicer, they have an add on program for doing multicolor prints and then ANOTHER program for when you want to run your printer via USB. Frankly, right from the beginning, it was really overwhelming. Especially coming from printers running on Mattercontrol (that is admittedly not my favorite software, but it at least will print VIA USB) or Simplify3D that works with nearly everything including the Prusa. 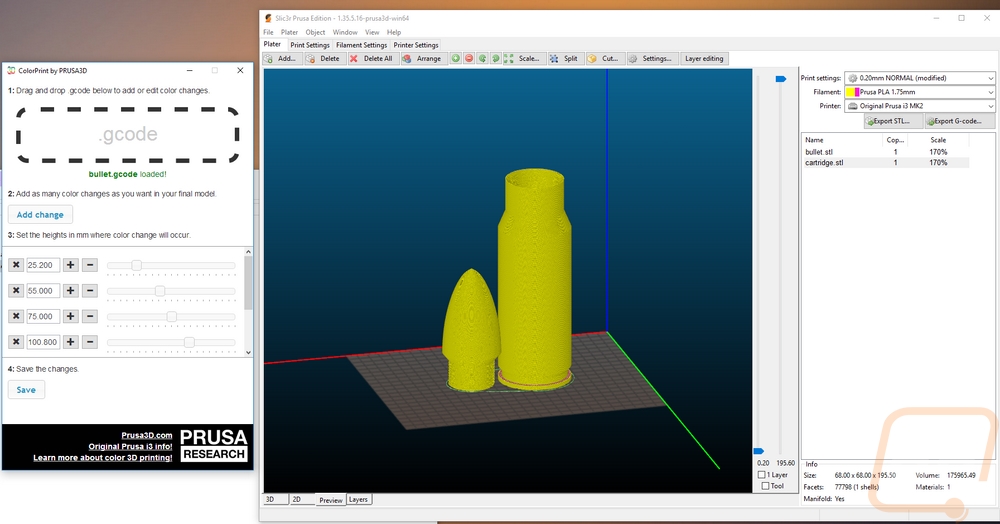 Just to get it out of the way, the ColorPrint program is extremely simple and was made completely by Prusa. You drop your gcode up top and then just tell it what layers you want it to stop and notify you to change the filament. Of course simple doesn’t always mean it works well. In my one and only test of it, I put in a single color change but it changed that notification to do a color change after every... single… retraction… Because I was low on the filament that I was using and because the print was otherwise turning out great I actually sat there and babysat it for over two hours. Trimming the end of the line and reputing it back in after it ejected it, cleaning the purged plastic then doing it over again. I almost went insane. Plus look at all of the plastic wasted, more than I was even going to use in the first place. (after writing this I did figure out that there is an updated version called MultiMaterial PostProcess that is included with the driver download, I’m sure this one doesn’t have the same bug but I did want to still include the story of my pain, that way my frustration wasn’t for nothing) 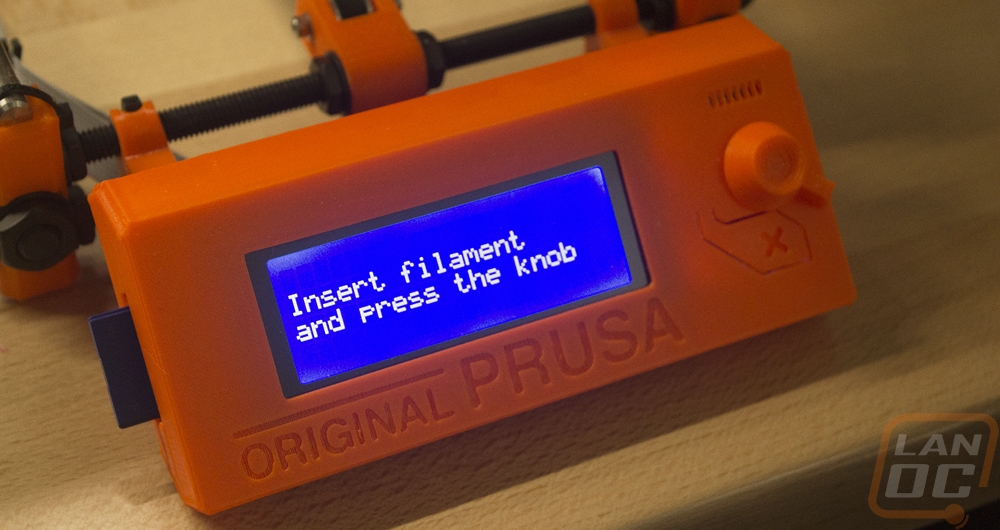 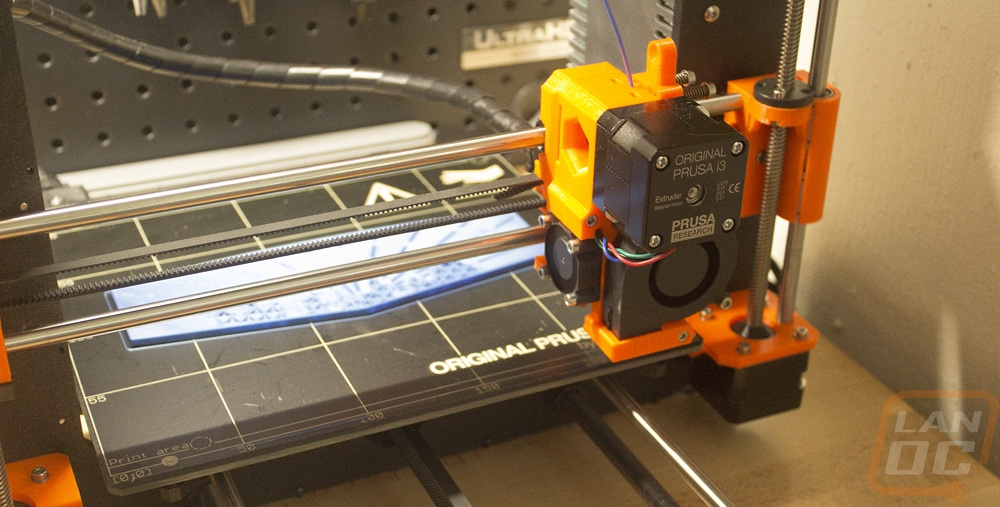 The print did end up looking amazing though so I guess it was worth the time. I don’t know if the issue was a bug or what, but I don’t think I will ever do that again. Next time I will manually add it into the gcode myself or just pause and swap.

So anyhow moving on to Slic3r, for the most part, it worked just we well as what I was used to. In some ways, it has a lot of features and I love all of the pre-programmed profiles for different filament types. Like Simplify3D it does full 3d renders and lets you cut down into them to make sure everything is how you would like it. 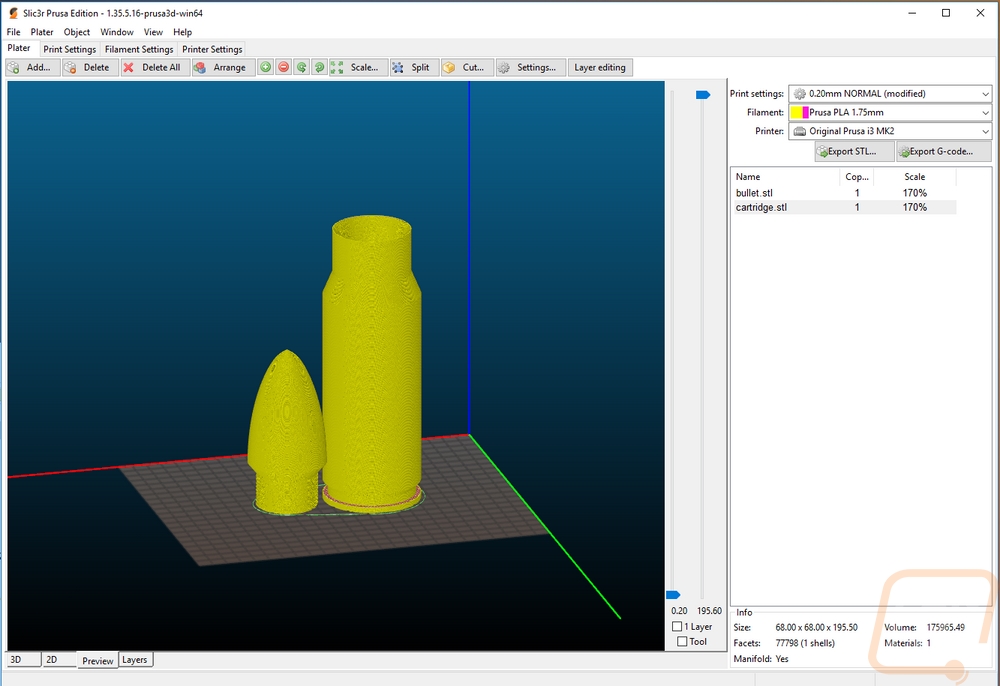 Here is a look at the settings menus, I’m not going to go through what each tab has or does but like I said all of the settings that you could ever need are there. 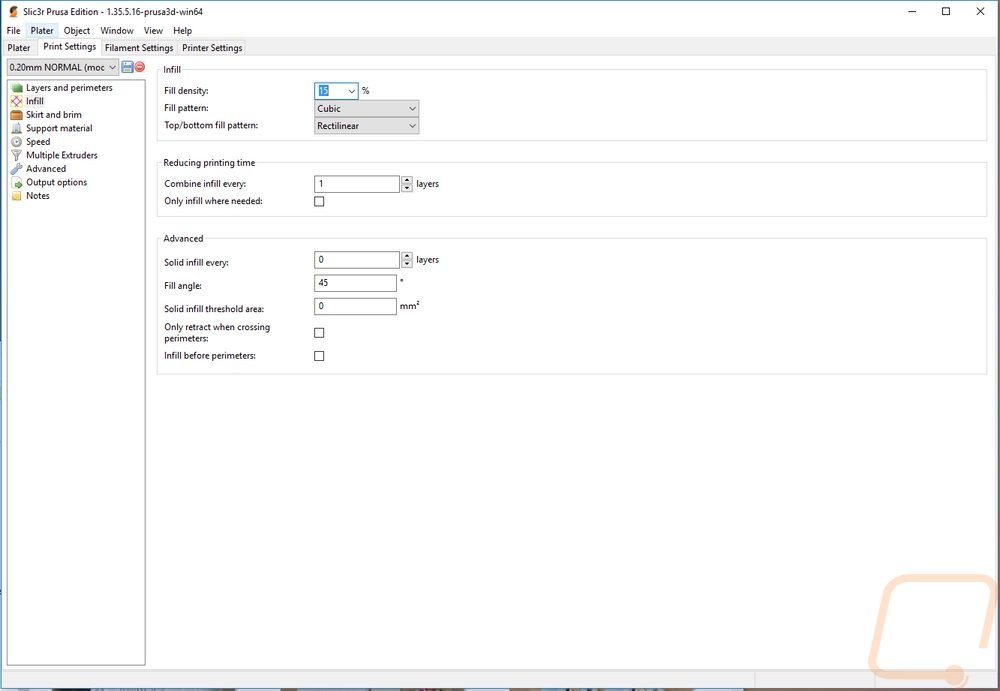 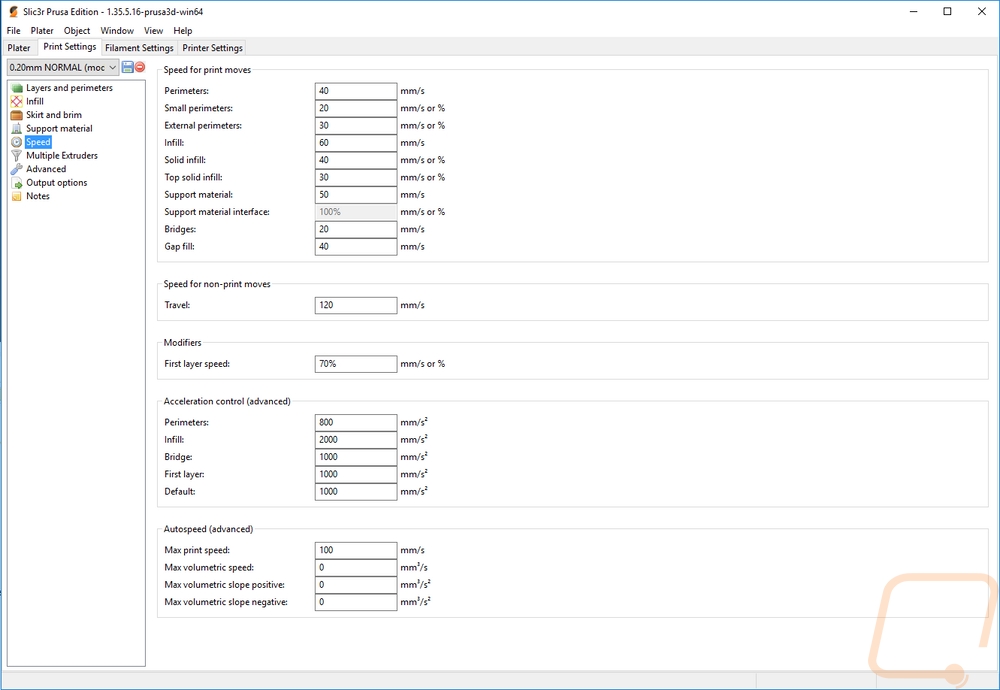 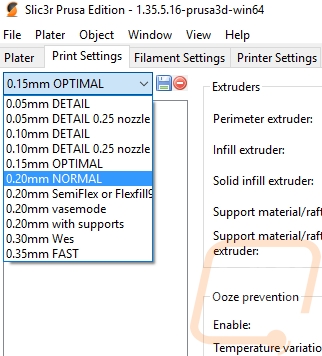 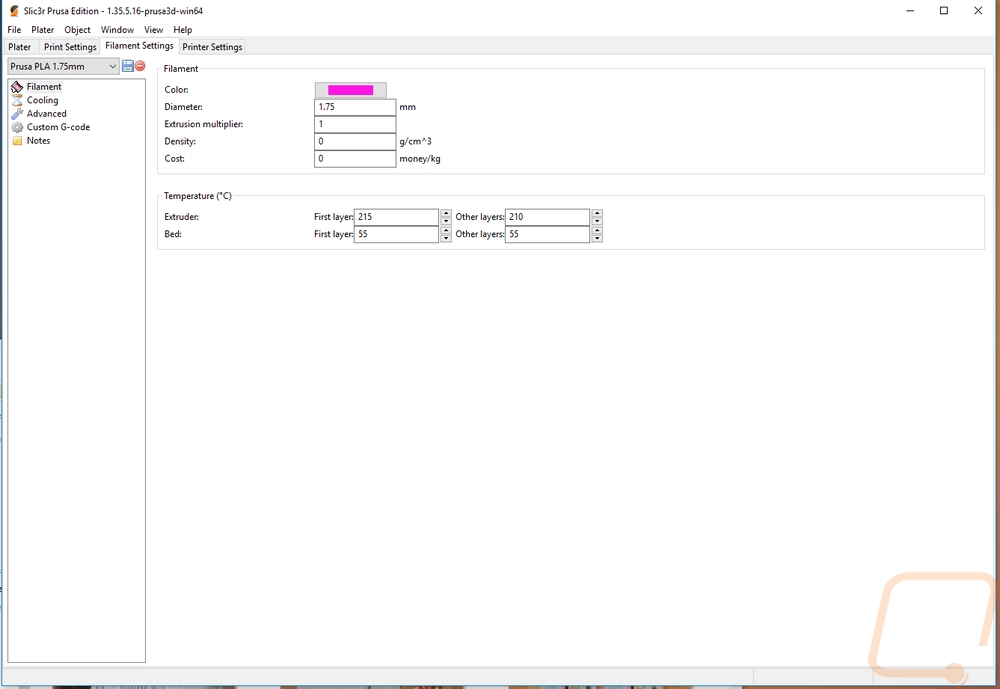 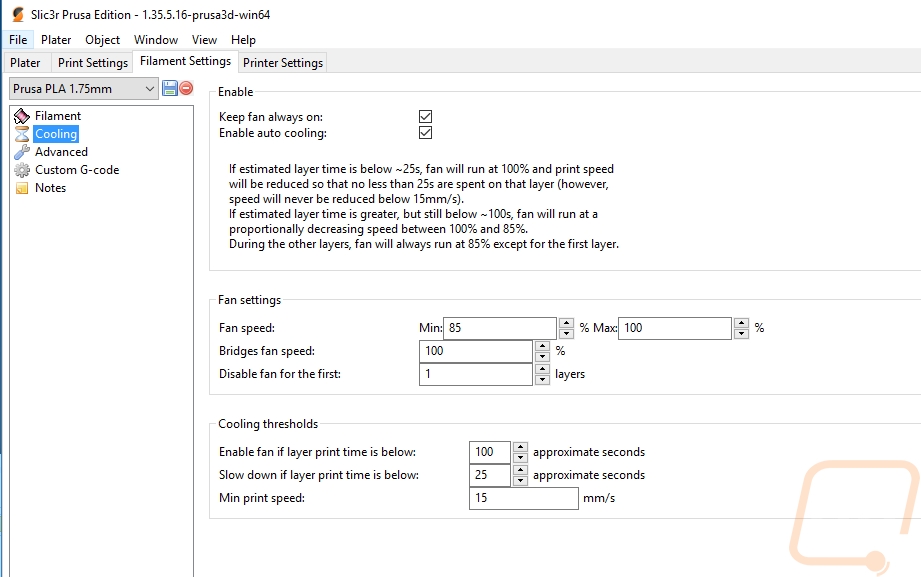 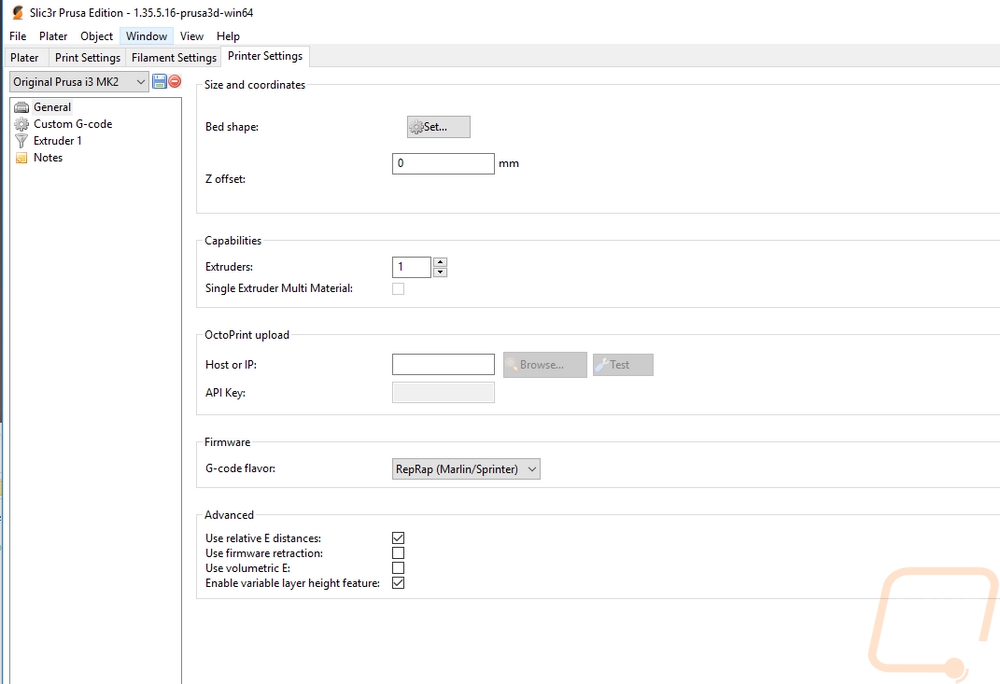 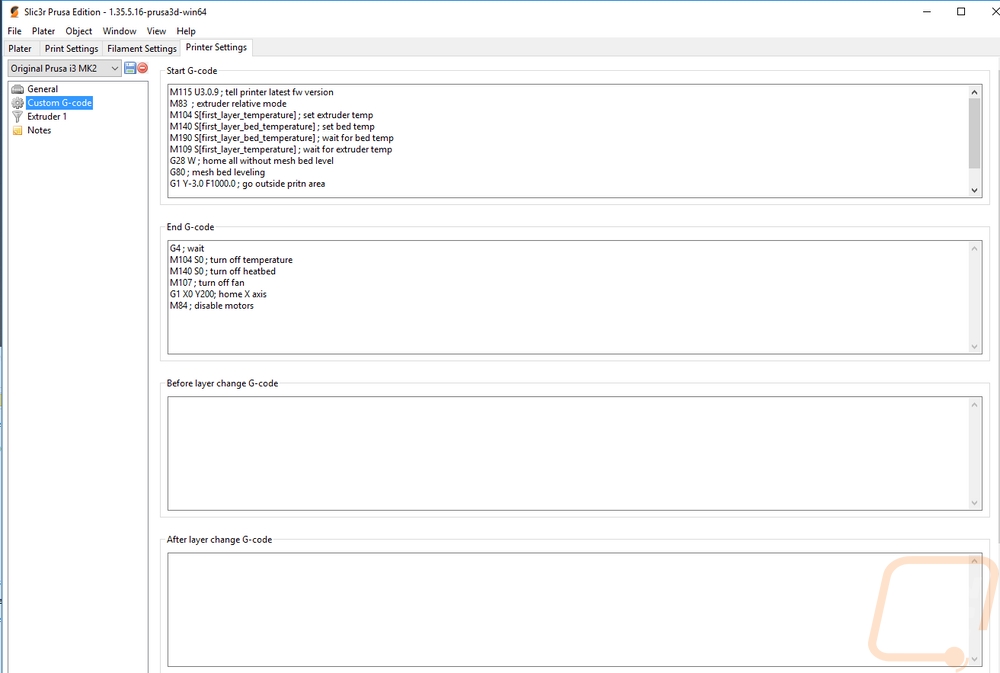 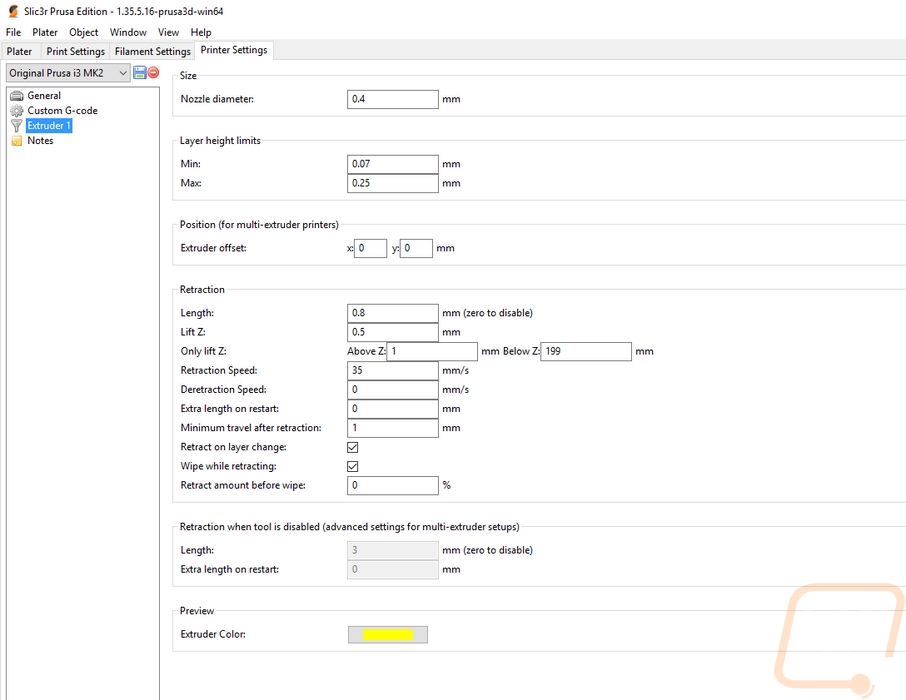 Beyond not having the built-in ability to send files over USB to the printer, I did run into a few other issues in my testing. So while you can resize, move, split, and everything else. You can not for some reason rotate a print in Slic3r. This seemed crazy to me everything else I have used allows for it. This became a problem a few times. So if you need to fit a larger print on the print bed you can’t tilt it to make more room. More often you will also run into prints that aren’t orientated the right way or in a way that will print how you would like and need to move it, you can’t do that. You also can’t adjust a flat print to be flat on the surface because of this. 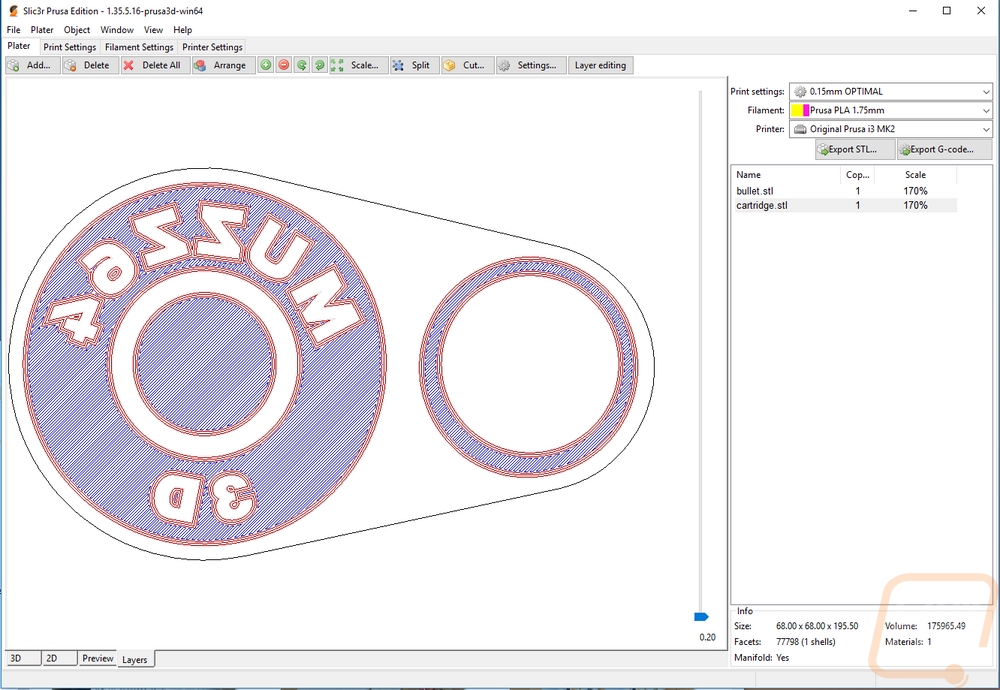 The other issue I ran into was simple but complicated things, the slicer doesn’t give you an estimated print time. It gives you a size and a few other details but things like how long will this print take and how much filament will it use are missing. I ended up having to spend a lot of time exporting gcode then uploading to gcode.ws online to see the print time and material usage. Then go back into Slic3r and make a change, over and over again. In the end, it is so incomplete that you have to use two add in programs and a website to get everything you need. Not even including needing to have an STL editor around to rotate when needed. 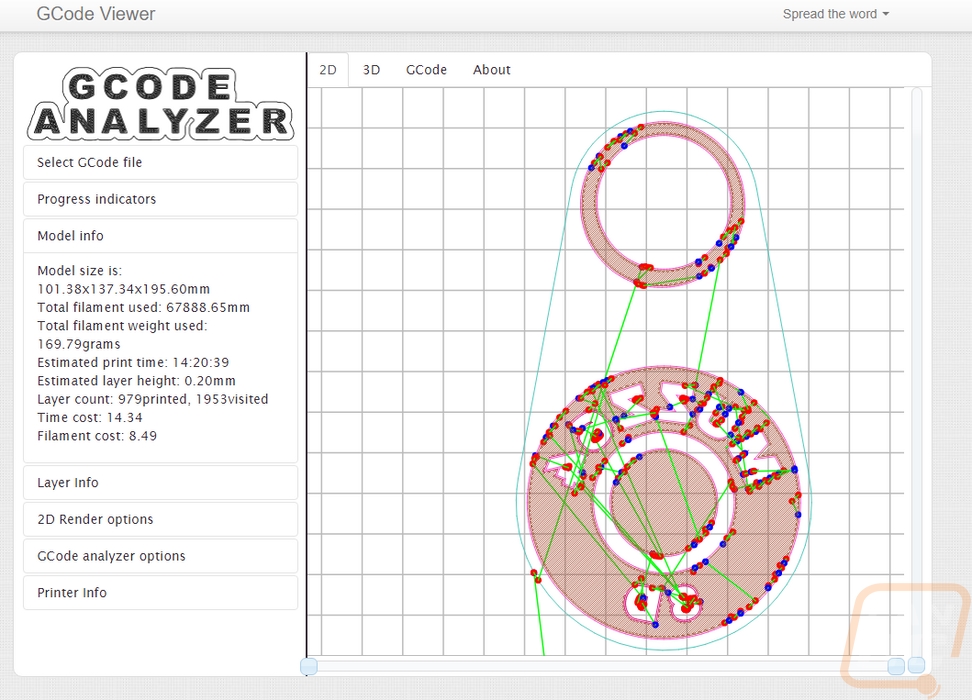 Because of that, I was really excited to see the announcement of Prusa’s own software called Prusa Control. Not to be confused with the Prince song that is close in name. This came out about half way through my testing and I tried it out immediately. What I found was interesting. The software is amazing, but it is dumbed down for an entry level user. The settings don’t let you tune anything beyond setting the quality, infill, support, and material. For a school or a company who might have in experienced users trying to print this is perfect. Even for a new user to get started it work, but I can’t help but think you would be left needing more sooner rather than later. I stopped using it right away because I needed to tune by extruder output a little and it wouldn’t do it on this. Ironically though, it does allow you to flip your prints, unlike Slic3r. It also has a simple way to add color changes as well. If Prusa keeps developing this and add advanced features it is going to be an amazing program. Until then I will use the incomplete but still more tunable programs. 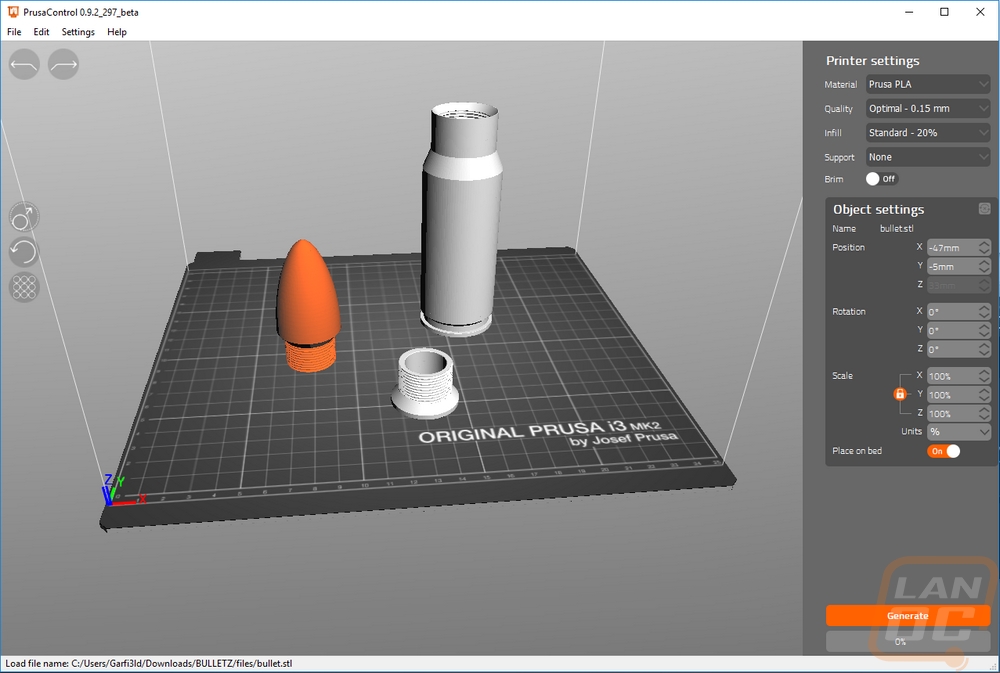 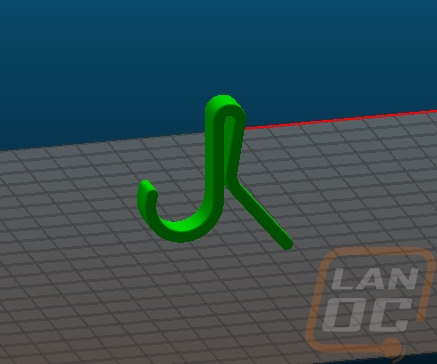 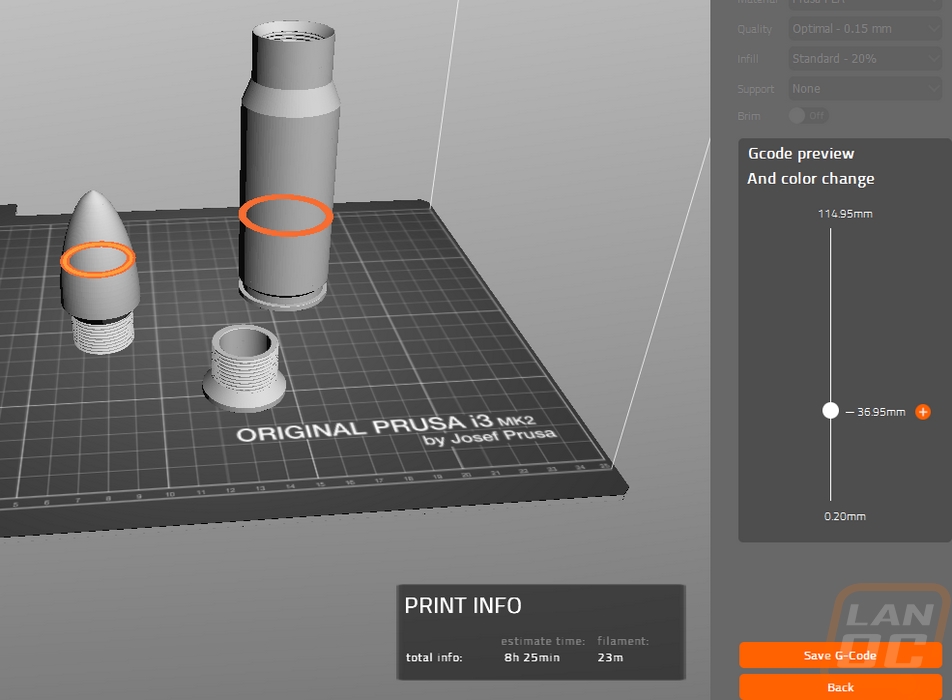 Below is every single option you can change in the software, including the settings menu where you can set the nozzle size. 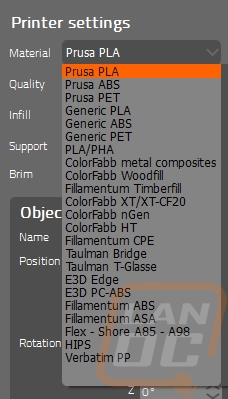 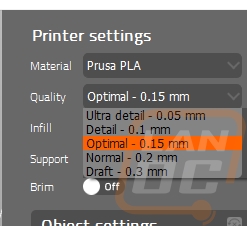 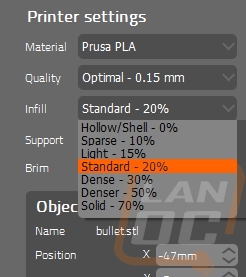 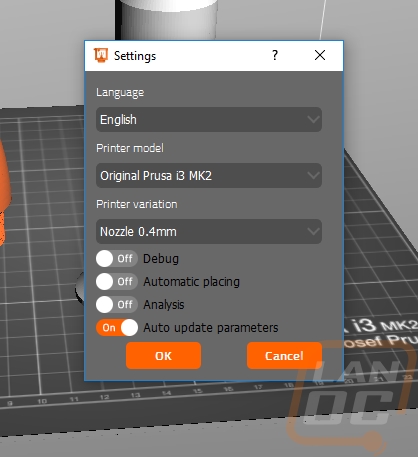