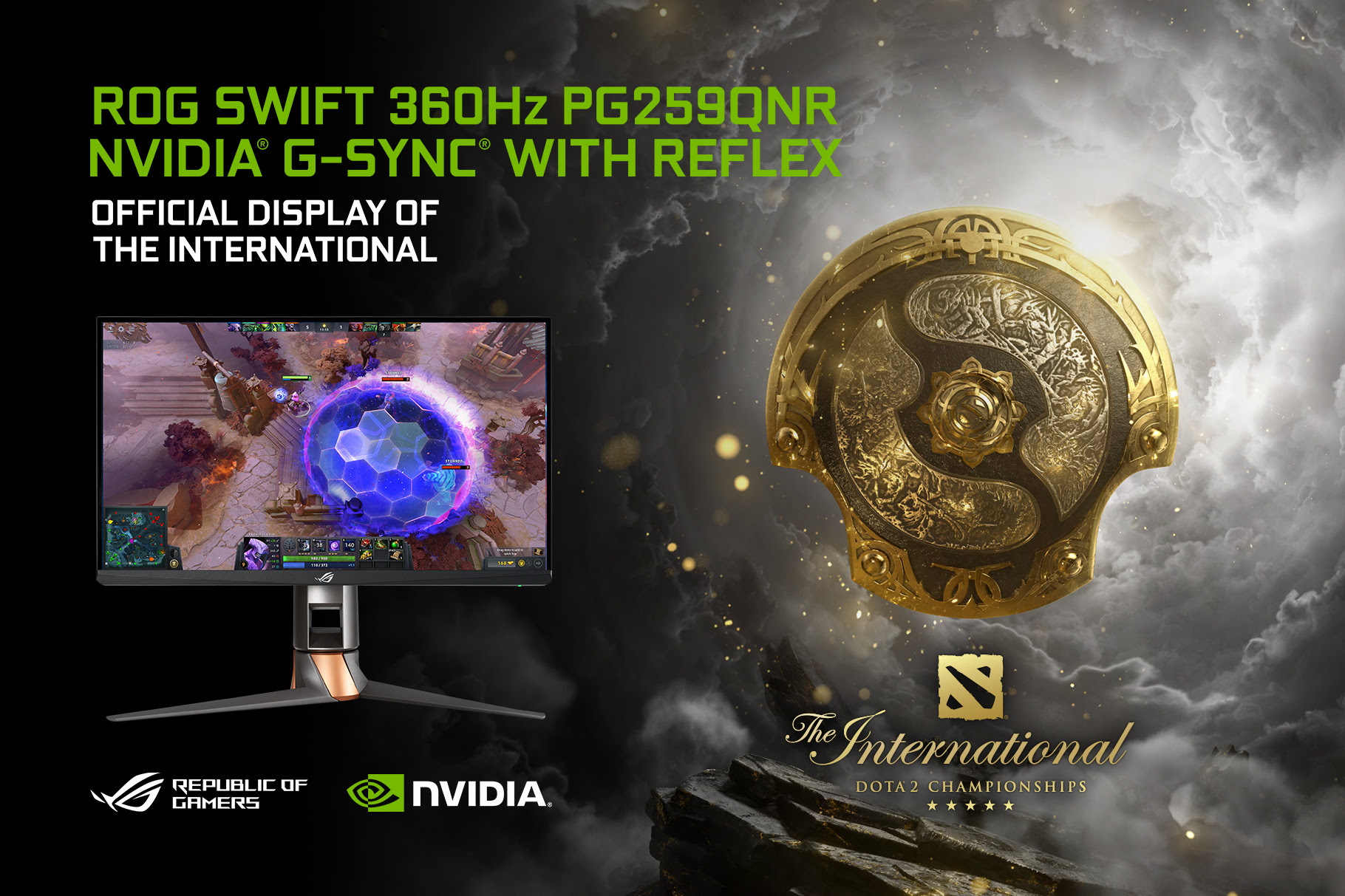 Fremont, CA (October 6, 2021) – ASUS Republic of Gamers (ROG) is proud to announce that the ROG Swift 360 Hz PG259QNR has been selected as the Official Display of The International 10 DOTA 2 Championships. Over the next 10 days, the world’s top DOTA 2 teams will compete in  Bucharest, Romania, for a grand prize of $15 million, out of an estimated $40 million crowdfunded prize pool.

The PG259QNR display also includes the ROG Desk Mount Kit, preventing desk clutter. The kit includes a C-clamp bracket that fits desks or tabletops up to 8 cm thick along with additional padding to protect most surfaces.

To commemorate The International 10 DOTA 2 Championships, ROG will be running a global social media giveaway. All followers and fans can enter from October 6-12 via ASUS ROG social media platforms for a chance to win the Swift 360 Hz PG259QNR. One winner will be selected upon conclusion of the event.