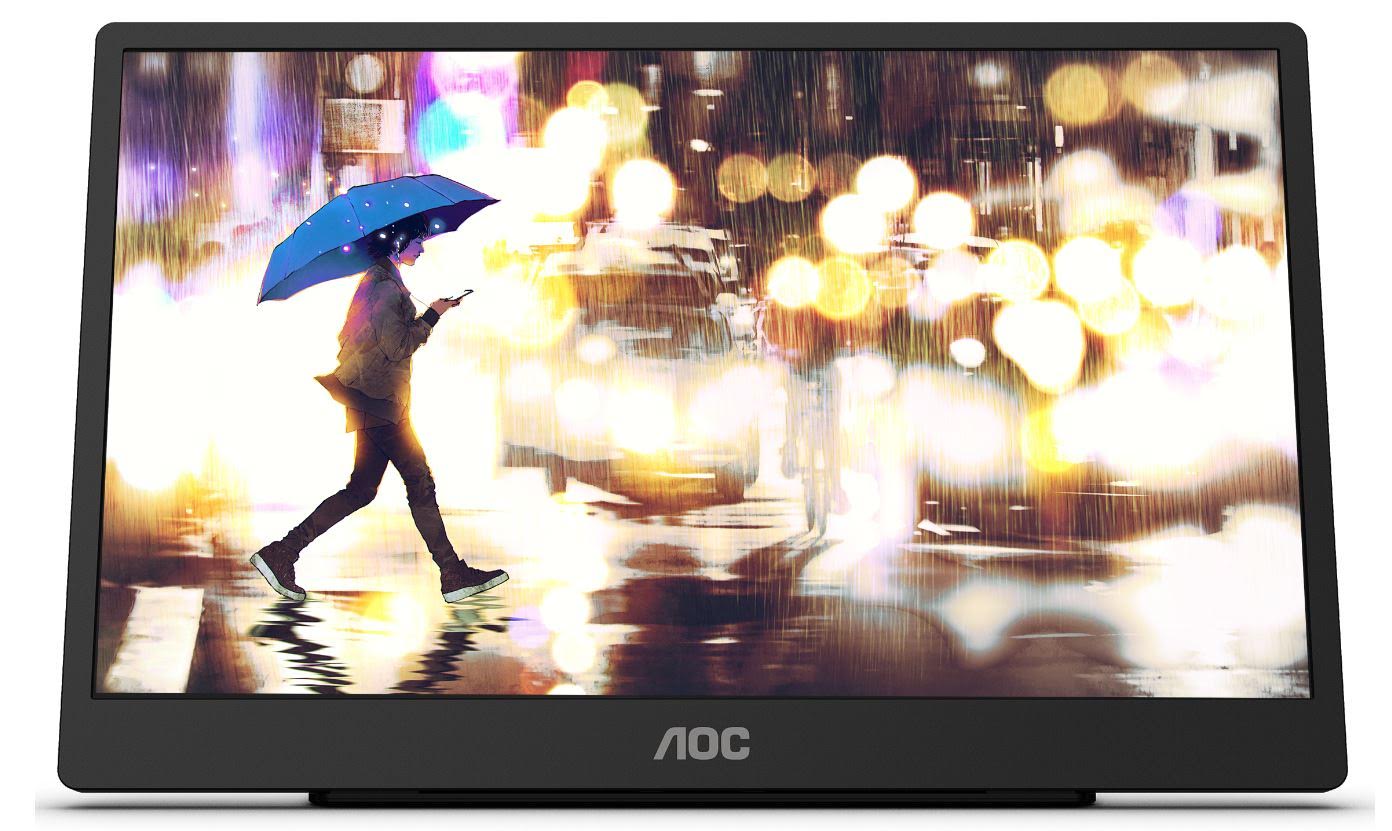 MILPITAS, CALIF. – November 9, 2020 – Display specialist AOC announces the AOC 16T2, a new portable touchscreen monitor with USB-C connectivity. The 39.6 cm (15.6") IPS display 16T2 comes with Full HD resolution and can be connected to a laptop, desktop/server or a smartphone through its two USB-C ports (utilizing DisplayPort alternate mode) or its Micro HDMI port. Thanks to the built-in 8000 mAh battery, the 16T2 can be used on-the-go without requiring a power outlet and can even act as a power bank and charge a smartphone. Less than a centimeter in thickness, a featured smart, foldable cover for portrait and landscape orientations and VESA wall mount option make this monitor a great tool for mobile business users as well as mobile gamers, students, IT administrators, small businesses, DIYers, and more. The AOC 16T2 is available on Amazon starting November 9, 2020, for $249.99.

Users appreciate how a multi-monitor setup increases productivity and comfort on their desktop, and now with the 16T2 this is also possible in a mobile environment, with the addition of 10-point touch input. With 10 point projective-capacitive touch recognition technology, the display easily detects 10 fingertips at once. Certified with Windows 10 touch support and compatible with many touch-sensitive applications and games. This feature is great for taking notes on the go, getting a digital signature, or dominating the latest mobile games. In its sleek aluminum-finish AOC's 16T2, looks just like a tablet, but unlike a tablet, which will become obsolete and a piece of electronic waste once its processor and operating system become old, slow and incompatible, the 16T2 is simply a mobile display, unrestricted by fast-aging technology. This makes the 16T2 a future-proof investment for years to come.

The 16T2 Smart Cover protects the display surface against dents and scratches inside your bag. While using it, the smart cover transforms into a flexible stand to set up the display in portrait and landscape mode easily,

Due to its double USB-C inputs and Micro-HDMI input, this portable monitor connects a variety of computers, both legacy as well as the modern ones. When connected via Micro-HDMI, connect the monitor to the PC with the USB-C to USB-A/C to enjoy the touch function. This cable is included in the box. The 16T2 also comes with built-in stereo speakers (2x 1 W).

The 16T2 also acts as a power bank both when switched on and off. When connected to the mains with the USB-C adapter instead, the 16T2 can charge itself and a connected smartphone. 2x USB-C ports on both sides make it possible to charge on the left port and transfer display signal from the right, or vice versa. This makes for a flexible setup that is easily assembled in no time.

The ease of use, flexibility and portability of the AOC 16T2 allow a wide range of use cases: