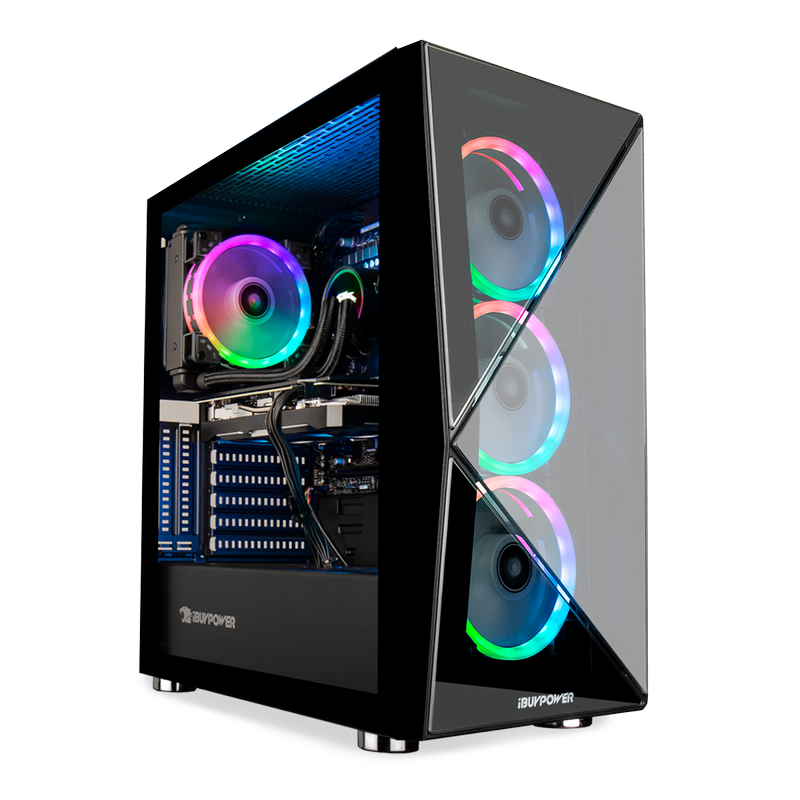 The Slate MR, Trace MR and Element MR all feature a black, partial-mirror finish on the front and side tempered glass panels. This custom finish gives the illusion of a mirror and reflects its surroundings when systems are off and no lighting is visible. When the enclosure is illuminated by the four addressable RGB (ARGB) fans included with each MR case, users will have a clear view of the internal components of their PC.

While similar in specifications, each of the MR cases feature a strikingly different aesthetic design on the front panel. The Element MR is designed with the same classic, flat face of its predecessor while the Slate and Trace MR both have three-dimensional crystalline shapes. Continuing the triangular pattern on the current Slate case, the MR version is constructed with three separate asymmetrical tempered glass panels. In comparison, the front panel of the Trace MR is composed of more traditional clean edges that come together to form a symmetrical trapezoid.

Now easier than ever to purchase a reliable gaming PC, users will find iBUYPOWER systems, housed in the new Element MR, available for purchase at 538 Costco warehouse locations across the United States starting on October 1st. Just in time for the holiday season, iBUYPOWER has designed a system to pack a punch and support both entry level and experienced gamers.

With a wide selection of systems available at over 800 Best Buy store locations across the US, customers will have no shortage of options for a gaming PC. iBUYPOWER's recently released signature gaming PCs will come with various combinations of Intel CPUs and NVIDIA GPUs tailored to meet performance and casual gaming requirements

Spanning across Intel’s 9th generation technology and enclosed in either the Trace MR or the Slate MR customers can have their pick among systems sporting the Intel® Core™ i5-9400F, i7-9700F or the i7-9700K processors.

The Trace MR, Slate MR and Element MR will be available as part of a pre-built gaming PC on iBUYPOWER.com. Customers can select from prebuilt, ready to ship RDY Systems or use the iBUYPOWER configurator to customize a system to their liking. System prices will vary, see website for more detail.

The Element MR will be available for purchase as part of a pre-built gaming PC at various Costco warehouses across the United States (US). Starting MSRP for this system will be $1299.99 USD.

The Trace MR and Slate MR will be available as part of several pre-built gaming PCs at 800 Best Buy store locations across the US. Starting MSRP for the systems will range from $849.99 - $1749.99 USD, store availability may vary.

The Element MR will also be available as part of a pre-built gaming system at Amazon.com for a starting MSRP of $999.99 USD.

We have 1599 guests and one member online