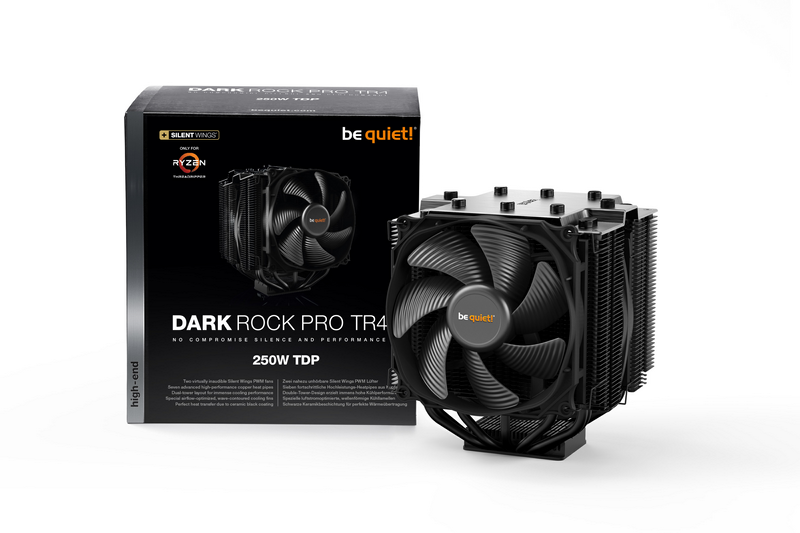 Thanks to a combination of high-end features and a base plate tailored for Socket TR4, Dark Rock Pro TR4 provides enough cooling performance for processors at a TDP rating up to 250 watts with a noise level of just up to 24.3 db(A). A Silent Wings 135mm PWM fan with airflow-optimized blades, a reliable six-pole motor, and fluid dynamic bearing (FDB) sits in the middle between the two cooling towers. For intake, Dark Rock Pro TR4 features a Silent Wings 3 120mm PWM fan with a funnel-shaped vent at the front of the heatsink. The fan mounting uses a decoupled design to minimize vibration, thus reducing noise.

Dark Rock Pro TR4’s cooling fins and heat pipes use a specially enhanced ceramic black coating, which not only gives it an appealing all-black design, but also improves the cooler’s heat conduction. The heat transfers efficiently from base to heatsink through seven high-performance copper pipes. Small dots on the fin surface increase the total cooling area, while a wave-contoured shape contributes to perfect air flow.

We have 857 guests and one member online