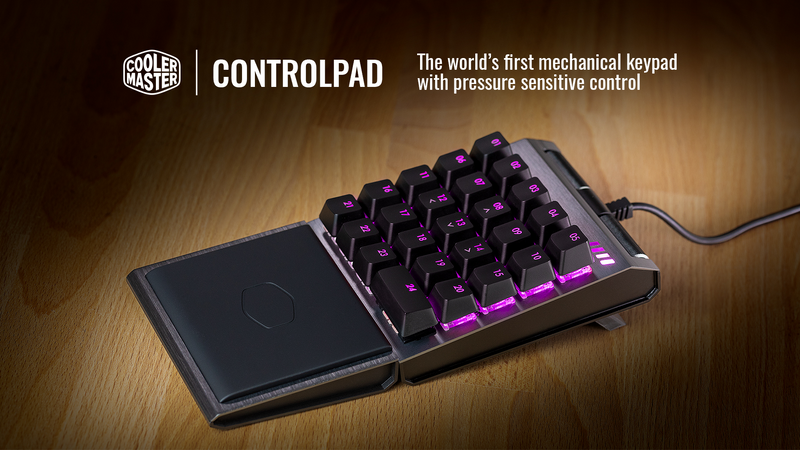 Well its not all that often that you see a company like Cooler Master introduce a kickstarter but last week that did happen. They are testing the waters for a keypad. Considering how much Cooler Master has worked with the keyboard enthusiast community it isn’t a big surprise that they would be looking at making a keypad, they have been popular in that area. Cooler Master has been great at taking community feedback to help shape their keyboards in the past and the ControlPad looks to be an evolution of that. The design bridges the gap between gaming and professional use by integrating analog input so users with both interest should be happy and if you do both don’t let your boss catch you getting some Black Ops 4 in on the clock! Check out their press release below.

“Designed as a passion project from the ground up, ControlPad aims to change the way we interact with our most used programs and applications on a more intuitive scale,” says Bryant Nguyen, Peripheral General Manager.

Enabling analog control in digital inputs, Aimpad™ allows users to control speed, yaw, adjust pitch, creep, and roll. During driving games Aimpad™ can be utilized to make smooth turns on the fly or ease into gentle curves by simply changing the distance of the keypress.

ControlPad is available for backing on Kickstarter on October 11, 2018.