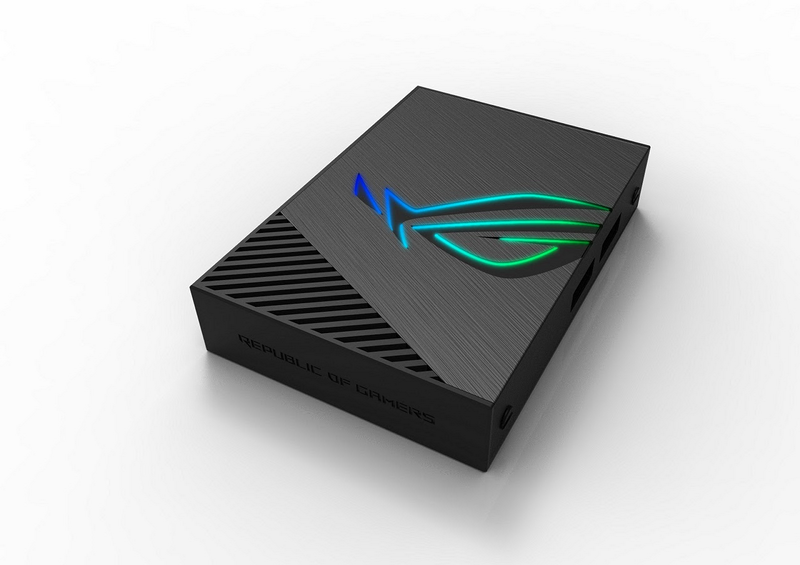 The cover of this limited edition laptop features the SK Telecom T1 team and ROG logos, with sharp, straight creases and unique markings. A signature of Faker, the world’s most influential League of Legends player, is presented on the bottom right corner of the keyboard palm rest. “I’m very excited to see the new ROG Strix SKT T1 Hero Edition,” said Faker. “This gaming laptop is ideal for Multiplayer Online Battle Arena games players such as League of Legends, and it marks the collaboration between Republic of Gamers and SKT T1.”

Designed for multiplayer online battle arena (MOBA) gaming, ROG Strix SKT T1 Hero Edition is powered by an Intel® Core™ i7 processor and NVIDIA® GeForce® GTX 1060 graphics, and features a 120Hz IPS-level display with a 100% sRGB color gamut. The RGB-backlit keyboard has specially marked QWER keys and features N-key rollover technology to ensure every keystroke and command is properly logged. The keyboard has upgraded switches with 20-million-keystroke durability to cope with the grueling demands of intense gaming.

SK Telecom T1 is a professional South Korean eSports team that is undoubtedly the most successful team to have played League of Legends, winning the 2013, 2015 and 2016 World Championships. SK Telecom T1 player Sang-Hyeok Lee, better known as Faker, is widely regarded as the world’s best League of Legends player. On Dec. 7 2017, Faker was named “Best eSports Player” at The Game Awards.

ROG Strix GL12 is a gaming desktop engineered to quench gamers’ never-ending thirst for unstoppable gaming performance. It is powered by a factory-overclocked 8th Generation Intel® Core™ i7 processor (up to 4.8GHz full Hexa-Core) with NVIDIA® GeForce® GTX 1080 graphics for incredible gaming performance, and features an expansion bay and an eSports-ready easy-swap SSD tray to make system upgrades effortless.

ROG Strix GL12 has an unconventional design with aggressive, angular ‘slashes’ across the front of the chassis, a transparent side panel and customizable Aura Sync lighting effects. Gamers can customize the lighting effects for the ‘slashes’ on the front panel using over 16 million colors with several distinctive preset effects. The transparent side panel lets gamers showcase the internal components, including the water-cooling block with a glowing red ROG logo.

In addition to ROG Strix GL12, all upcoming ROG desktops and laptops will feature Aura Sync to enable gamers to synchronize lighting effects with supported keyboards, mice, headphones and other accessories to give their entire gaming setup a consistent look and feel that reflects their gaming persona or the feel of the game being played.

ROG G703 is the world's first gaming laptop with an ultra-smooth 17.3-inch Full HD wide-view display with NVIDIA® G-SYNC™ technology for a 144Hz refresh rate. Powered by a factory-overclocked Intel® Core™ i7-7820HK processor that reaches incredible speeds of up to 4.3GHz out of the box, NVIDIA GeForce® GTX 1080 graphics with a maximum boost clock of up to 1974MHz, and Windows 10, ROG G703 is an unmatched gaming powerhouse.

ROG G703 combines the best of laptop and console gaming with built-in Xbox® Wireless that enables gamers to effortlessly connect their favorite Xbox accessories to ROG G703, eliminating the need for multiple adapters and swapping controllers when switching between their console and laptop.

ROG Strix Flare is an RGB mechanical gaming keyboard that combines top-notch performance with ergonomic comfort, and brings customizable style to a whole new level. Constructed with world-renowned Cherry MX RGB switches — the preferred choice of professional and amateur gamers alike — every press of the ROG Strix Flare is of optimal actuation to deliver satisfying and reliable keystrokes. Dedicated media keys, including a convenient volume wheel, are located on the upper left of the keyboard for instant access, so the gamer’s right hand can remain on the mouse at all times. A USB pass-through port lets gamers connect a mouse or other device, and a detachable wrist rest provides extra comfort during extended gaming sessions.

ROG Strix Flare features a stylish dual-textured case with the signature ROG slash design, and a swappable, illuminated acrylic insert emblazoned with the ROG badge. An additional blank badge is included, which gamers can customize with their personal or team insignia. Powered by Aura Sync lighting technology, ROG Strix Flare has individually programmable RGB backlit keys, and LEDs under both sides to create an under-glow effect that extends the customizable lighting beyond the keyboard. All of the onboard lighting effects can be synchronized with the vast ecosystem of Aura Sync devices to give gamers a personalized battle station with a cohesive look.

Bezel-free Kit is an accessory that enables gamers with multiple-monitor setups to visually eliminate the gaps where their displays connect, creating the appearance of one extra-large, wraparound monitor for a totally immersive gaming experience. Bezel-free Kit consists of vertical lenses and easy-to-attach mounts that connect the edge of each monitor at a 130-degree angle — the angle determined through extensive testing to provide the best viewing experience. An optical device that requires no software or power to operate, Bezel-free Kit uses light refraction to make the monitor edges disappear to the viewer. It provides an innovative, simple and effective method of increasing field of view and dramatically enhancing gameplay.

ROG Spotlight is an RGB lighting accessory that projects the ROG logo on a wall or surface, enabling gamers to create an enhanced gaming atmosphere. Its colorful lighting synchronizes with Aura Sync gaming gear, from motherboards to mice, to perfectly illuminate the gamer’s battle station. ROG Spotlight has a matte-black aluminum finish and a magnetic base for easy and secure attachment to a metal surface. It provides 360 degrees of adjustment, so the ROG logo can always be positioned upright.

In 2017, ROG announced the Aura SDK program, which enables developers and hardware partners to integrate Aura lighting control into their software and devices. Since its introduction, ROG has added numerous Aura SDK enhancements that provide even more control and capabilities. AIDA64, Tobii and Cooler Master are showcasing demos at CES 2018 highlighting the possibilities of the Aura SDK.

AIDA64 is a PC system monitoring application that integrates Aura lighting via the Aura SDK to enable users to visualize an array of system stats — such as CPU/GPU temperature, fan speed and network speed — on Aura-enabled peripherals.

ROG and Tobii, the world leader in eye tracking, created a concept demo using the Aura SDK that is designed to enhance gaming experiences with lighting effects that provide real-time visual feedback to in-game events, such as color cues to identify allies and enemies, and alert flashes to indicate incoming attacks.

ROG hardware partner Cooler Master also showcased a gaming system build that uses the Aura SDK to integrate the Aura Sync motherboard and graphic cards with Cooler Master products to provide lighting control via Cooler Master’s MasterPlus+ software. The cross-brand integration provides more lighting interoperability within the PC ecosystem, making it easier for gamers to create the system lighting effects they desire. ROG has always been at the forefront of RGB evolution, and is committed to working with more brands to advance the ecosystem for the best lighting synergy.