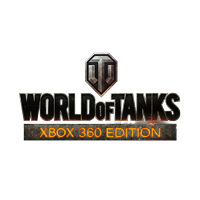 Published by Microsoft and developed by Wargaming West (formerly Day 1 Studios), World of Tanks: Xbox 360 Edition will be digitally downloadable and free-to-play for Xbox Live Gold account holders, with an additional 7-day timed trial for all other Xbox Live account holders. The title will feature revamped controls, matchmaking, a new user interface and other components to take advantage of the Xbox 360’s technological capabilities and online features. World of Tanks: Xbox 360 Edition will also feature in-game purchases such as premium tanks, consumables and premium accounts to boost experience and currency accrual rates.

At launch, World of Tanks: Xbox 360 Edition will feature more than 100 iconic tanks from three separate nations – the United States, Germany and the United Kingdom. The title will also be further expanded with future content downloads consisting of new tanks, nations, and more.

We have 887 guests and one member online