Nvidia talks up PC gaming at E3 this year

Although we didn't make it out to e3 this year and Adam hates me for that. We did still get in a copy of the slide show that Nvidia used to kickoff their press event. Most of the introduction was talking about the long list of great technologies that Nvidia has developed to help grow the gaming experience on PC's. Even though those were all interesting, there was one specific page that really caught our eye and I wanted to show you all it. Click the read more to check it out.

Nvidia was showing off numbers from a 2013 GDC Survey that shows the growth of PC game revenue from 2005 to now and beyond. We already have a discussion on our forums about this and I wish I had more details on if this is including mobile sales. But I have a feeling that this might be a better representation of the PC market. A lot of other graphs normally don't take into account digital sales because the largest vendor Steam doesn't publish those numbers. By doing the survey at GDC they may have gotten around that by talking to the developers directly. 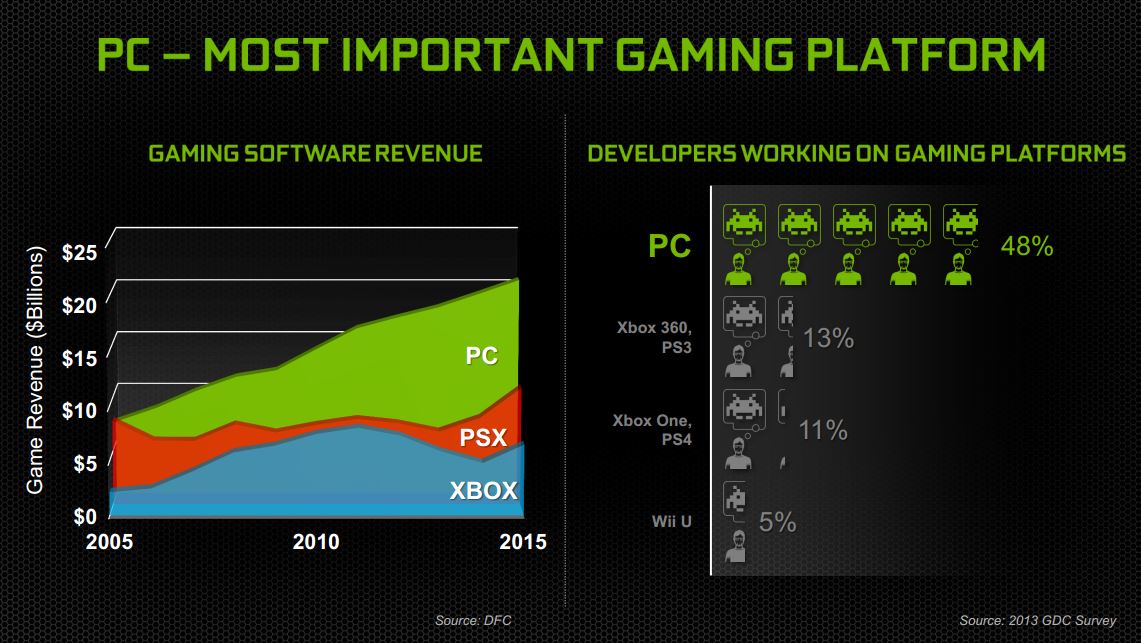 I am also including the graph showing gpu performance in GFlops over the past few years in comparison to consoles. 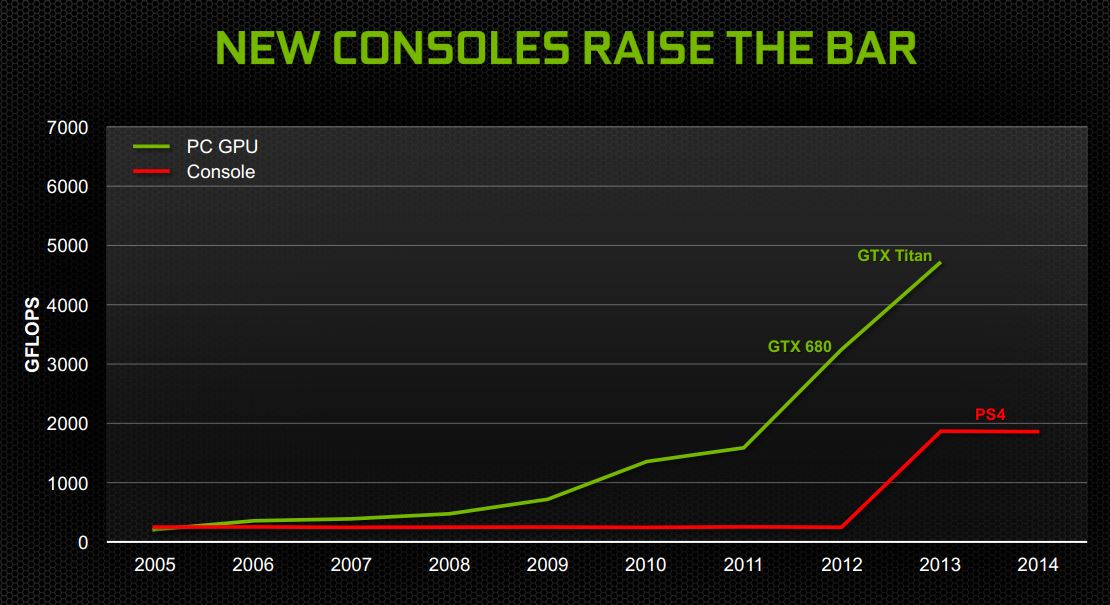