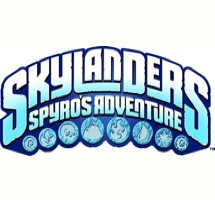 Santa Monica, CA - January 11, 2013 - Activision Publishing, Inc., a wholly owned subsidiary of Activision Blizzard, Inc. (Nasdaq: ATVI), announced today that, according to data from the NPD Group, the Skylanders franchise crossed $500 million in retail sales in the U.S., inclusive of accessory packs and figures, and reached this milestone faster than any other kids' gaming property. Additionally, together Skylanders Giants and Skylanders Spyro's Adventure figures have outsold the top action figure lines in the toy category in the U.S., outselling such popular toy lines as Beyblades, WWE and Star Wars.¹

Skylanders Giants, the sequel to Skylanders Spyro's Adventure - the #1 best-selling kids' game of 20112 - generated more than $195 million in U.S. sales, inclusive of accessory packs and figures, in 2012.3  Additionally, Skylanders Giants eclipsed domestic box office sales for each of the top holiday kids feature films including "Wreck-It Ralph" and "Rise of the Guardians" in 2012.4

² According to The NPD Group, Gfk Charttrack, and internal estimates.

3 According to The NPD Group

"Just a year ago, the concept of bringing toys to life in a virtual world was an untested play pattern that Activision and Toys For Bob believed in. Now the category has been established in the market and embraced by parents and kids everywhere," said John Coyne, Vice President of Consumer Marketing, Activision Publishing. "We're humbled by the continued support and acclaim from parents, kids and critics alike, but more importantly, it's gratifying to see kids excited about the adventures that await them both in the digital and physical worlds."

In addition to achieving critical acclaim, Skylanders Giants was awarded the National Parenting Center's Seal of Approval, the National Parenting Publications Awards and the Parent Tested Parent Approved Seal of Approval, among others. The game was also featured in coveted "hot holiday gift" lists including the 2012 Toys"R"Us Holiday Hot Toy List, the Toy Insider's "Hot 20 Toys for the Holidays", and Time to Play's "Holiday 2012 Most Wanted List". Skylanders Giants is also nominated in four categories for the coveted Toy Industry Association "2013 Toy of the Year (TOTY) Awards" to be announced on February 9 in New York City, including "E-connected Toy of the Year", "Boy Toy of the Year", "Property of the Year", "Game of The Year".

The franchise is supported by a robust licensing program that includes more than 120 licensees worldwide in categories including Plush, Apparel, Home Décor, Bed and Bath, Party Goods, Board Games and Back to School, among others.

"Even before the concept was fully formed, we were immediately taken with the charm and magic behind the Skylanders property and following the highly successful introduction of Skylanders Spyro's Adventures, we knew that Skylanders Giants would be a top-seller in 2012," said Richard Barry, Executive Vice President, Chief Merchandising Officer, Toys"R"Us, Inc. "We believe thatSkylanders is one of the most innovative and exciting toy properties to hit the market and are thrilled to continue our strong support of the brand."

We have 611 guests and one member online