Welcome to the 29th of February everyone. That’s right, Leap Year! We get an extra day of gaming this year for being good, or something like that. First off is a small preview of Super Monday Night Combat Invitational since I can now talk about it, we have the Midweek Madness sale and news at the end. Get your game faces on. Gaming News is here. 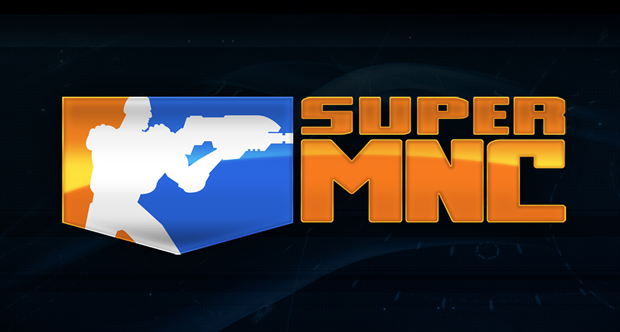 Some of you might remember our first trip down to Monday Night Combat. It’s a MOBA type game but played in third person. Well, its back and a bit different this time. Super Monday Night Combat takes what was really good of the first game and fixes some of what was wrong with it. I am happy to say, one hit kills are now gone! No more getting headshotted by a sniper and dying. The only one hit kills that are in the game are ring outs. That is, where they knock you out of the ring, duh. This one change has really opened the game up to bigger and better things IMO.

Another part that they have changed is no more upgrading turrets. This is all handled by the game. So don’t worry about how to spend your coinage that you pick up. The 3rd item that was changed was the leveling mechanic. Now you have your three skills plus offense and defense that need looking after. Should you max your defense? Or how about your offense. They did take into consideration people just maxing out one tree and then steamrolling the other team in the early game. You have to be at a certain level to add points to that particular tree. So, if you are level 4 you won’t be able to have all 4 points in one tree. You have to spread them out.

Other items that really haven’t changed but were brought over to the new game are the guns. Sure, there are new ones but they feel about how they did in the original. That is, great. They do a good bit of damage when bullets or other items hit their targets. With the selection of gun updates we also have new Pro’s to play with. I am not going to go over all of them but they seem like a good fit for the game. They are useful in their own particular way.

Now for the bad stuff. The game really is meant to be played with others that know what they are doing. If you get into a game with four other people that have never played, steamrolling is going to rear its ugly head. I can’t tell you how many games I have played where we were doing great, than blamo, steamrolled. On the opposite side I have been in games that I “GG’ed” five minutes in cause we were losing so bad and came back to win. The pure excitement of coming back when all of your turrets are down, your bots are on your side of the map feels awesome.

Just like the last game, the assassin is stupid. That is, stupid hard to kill. He/she moves so fast that its hard to stick bullets in ‘em. Once in the end game, they are probably the Pro to be using. With being able to create so much havoc and then running out like you robbed a gas station they are almost on the side of being unstoppable. This could also be understood cause I don't have the worlds great aim either.

With all these changes being made to the new game I am not sure how they are going to make the Free-to-Play model work. Sure, you can unlock “Endorsments” that help out during the game, being it faster reloads, or more health. But all of that stuff can be earned through playing the game. The only item that has to be bought is unlocking certain Pro’s. Throughout the beta only five Pro’s have been unlocked to play at any one time. Now, if you spend real money you can unlock other characters that will be unlocked next week. I belive that they are working on balancing the Pro’s one at a time and seeing what works and what doesn’t.

As it stands now it is a great game that everyone should try. I know the beta invites are still being shoved out so be patient. Super Monday Night Combat will be out this spring for free.

Like Assassins Creed? Well, your in luck. Revelations is $24.99 for a savings of 50%. As always, the Midweek Madness sales end on Thursdays at 7pm EST.

The iPad 3 Event is scheduled for March 7th, what will we see? Probably an iPad 3, lol.

Windows is having a press conference today at 9:30EST. Want to know about Windows 8? Tune in this morning. Engadget linkage.

Anyone else been watching the news roll in about Mobile World Congress? Some interesting phones have been announced.

The Pirate Bay has taken down all of its links. Is this the end? Na, it will live on in some fashion. Thanks for the link Gizmodo.

Have you seen the posts made by Wes about our sponsors for LanOC V10? Keep checking the forums for all of the updated prizes and make sure to thank them.

Kind of a slow week for gaming. If anyone wants an invite to SMNC I have one left. Shoot me a message on Steam.

Have a great rest of the week everyone. Until next time,

We have 723 guests and one member online