Welcome to Wednesday everyone, I have a great Gaming News for ya. First off, backlogs, what have you purchased that you haven’t played? The Darkness II came out yesterday, Skyrim along with the Elder Scrolls Collection is on sale, LanOC V10 is coming up fast and some big news at the end. Grab an energy drink and lets get this train rolling.
Written By: Skyler
Backlogs 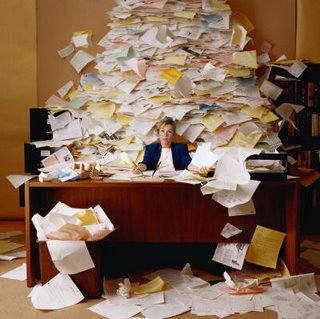 I know I am not the only one in this boat. Backlogs, we have them. But what to do with them? Everyday I post up about the Steam Daily Deal and sometimes there are games that you actually have been waiting for. So, you pick it up and forget about it, only to come back to it months down the road. It’s happened to everyone. See something shiny and you have to have it. I have been pouring over my backlog for months now. I just finished Red Faction Armageddon, which is a fun little game, but more importantly, I got it out of the games that I haven’t finished. You are always going to have the one “Go To” game that your always going to be playing. For me right now that would be the Super Monday Night Combat Invitational. I can jump in whatever time it may be and have a good time with it. But we also need to be playing other games that we have bought that need to be put on the “Finished” shelf in our Steam Library. This is the time to fire up that old game that you bought months ago and finish it. Never a better time that the present to get your backlog smaller. Don’t get me wrong, backlogs are a part of gaming but the more that you work on it the better it will feel.

This is more of a PSA for everyone. The Darkness II is out and ready for your gaming adventure. I will say that I didn’t enjoy the demo at all, then again, thank goodness for a demo. Whatever the case my be it is out now on Steam for $49.99 or in a four pack for $149.99, which comes to $37.49 a copy, not to shabby if you can find three others that are interested.

This weeks’ Midweek Madness is going to be a bit different. Along with the Elder Scrolls Collection being on sale, Skyrim makes its first appearance on the Midweek Madness sales. Along with a 33% discount, the Skyrim Creation Kit with Steam Workshop and the High Resolution Texture Pack is also out. If you haven’t picked up Skyrim yet, now would be a good time to jump on that bandwagon. With Bethesda throwing out updates like their on sale on the PC it has been getting rave reviews. Sure, they still need to work on a few things but overall its a great game from what I hear. Looking at my friends list on Steam, Ender takes the top spot for hours played with 264. Nick_Wic is in second with 146. Rounding out the top three is Wooderson with just over 100 hours of game time. With these kind of numbers it’s no wonder the Elder Scrolls franchise is booming. Just for fun I did the math and came up with 21.3 days of game time with our three players, lol, that is crazy!

Many of you have already signed up and payed, some haven’t. This is the first PSA letting everyone know that registration is open for LanOC V10. We are still at the discounted price but that is going to end here soon. MAKE SURE that you sign up and pay before then. Along with helping out the staff, it also helps to attract more sponsors. More prizes always means more crazy ways to win stuff. Our editor Wes just posted up a couple new threads explaining the RTS and FPS tourneys along with a LoL Exhibition. Remember as always, the Old School tournament will be revealed at the LAN. Most of the Staff does not even know what the game is going to be until we get there. We are also asking for some help on setup on that Friday. If you want to help setup it would be greatly appreciated. Now, I can’t guarantee that you will walk away with anything but you will have the staff’s condolences. Hell, I might even throw in a free dinner at Frickers.

Chrome for Android is out today in Beta. We all love and adore Chrome on the desktop but having it on a mobile device is what I have been waiting for. Head on over to here to download it. Only one caveat, you have to be on Android 4.0 otherwise known at ICS.

Anyone else see Gotham City Imposters? Looks like a fun little game but being multi-player only I am not sure how long the “fun” will last.

Intel released it’s new 520 Cherryville SSD’s. Head on over to PC Perspective to get the low down on all of the new drives performance.

Dead Rising 2: Off the Record DLC is now available on Steam.

Who else uses the Steam Beta? Under settings go to Beta Participation and look if there is one available.

For those of you that love actual keyboards on your phone, the Droid 4 is coming on February 10th for $200 on Verizon. Thanks to Engadget for the link.

Need a new CPU cooler? Want to step up to liquid cooling? Take a look at the Origin Frostbyte 360 liquid cooler over at PC Perspective. Water cooling is the way to go if you want to get maximum performance out of that brand new CPU.

Thanks everyone and have a great rest of the week.

Wingless is out!
Author Bio
Author: Wingless92
Discuss this article
Log in to comment
Posts in discussion: LanOC Gaming News 2/8/2012

We have 554 guests and one member online