After a much needed break, your Gaming News Commander-in-Chief is back. Kings Island was a blast with a nice sunburn for a battle scar. Anyone wanna try Section 8? Battlefield 3 has a new multiplayer trailer. The Midweek Madness sale is a good one this week and we also have a fat stack of news at the end. Everyone ready? Gaming News starts....Now.
Midweek Madness 1:

Looking over at my friends list I have two people with Section 8 Prejudice. With it being one of this weeks Midweek Madness games there is no reason to pick it up. With a savings of 66% with a final price of $5.09 and all of the DLC for $3.39 you can get in on some shooteriffic gameplay. This is going to be funny cause as I write this I just found this out, after I bought the game. It uses GFWL, so take that into consideration before purchasing.

Ah Prototype, this was on sale for cheaper during Steam's "Summer Sale" but if you missed it you can pick it up now. With a savings of 66% for a total price of $10.20 you too can get your open world on. As always, Midweek Madness sales end on Thursdays at 7pm EST.

Thanks to [H]ardForum for the GIF

For those you of that are looking forward to Battlefield 3 here is a new multiplayer trailer. With the recent annoucement about having to use Origin no matter where you buy Battlefield 3, this game has taken a backseat on my "Must Buy" list. Also this week it was announced that if you pre-order Battlefield 3 on Origin you can choose one free game from a list. That might help people flock over to Origin but I just don't want to use another digital distrobution service for games, period. I will say that it does look like a great game though. I just wish EA would think twice about their marketing strategies.

If you are a twin stick shooter fan then I emplore you to check out Renegade Ops. This has a 3D isometric view ala Diablo. With graphics that will make you drool and wish for more explosions. If you want to see what Renegade Ops is all about head on over to Giant Bomb and watch some of the action. I would like to thank them for the video. The Giant Bomb guys are some of the best in the buisness and with the hilarity that ensues on its weekly podcast, they are a hard combination to beat. 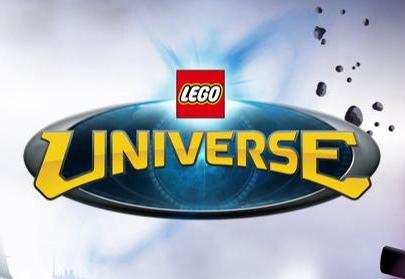 Lego Universe now has a Free-To-Play option. You can head on over and download it now. It plays just the same as any other Lego game which is great. The customization of the characters is more than I would have thought. The combat isn't bad but I did find that it is sometimes hard to hit where you actually wanted. Then again, because it is Free-To-Play you didn't waste any money on it and you can just delete it if you don't like it. With all of these MMO's having a free option or going totally to Free-To-Play it makes me wonder how long WoW will still require a subscription.

So everyone and their brother has heard about or played Angry Birds. It is the defacto game on mobile platforms. Tiny Wings is somewhat of a similar game but it's on iOS. Dragon,Fly! is the same game as Tiny Wings but free and is on Android. If you are looking for a new game while you are doing your daily "Toilet Gaming" give Dragon,Fly! a peek. I will say that it is much harder than Angry Birds ever was but that's a good thing. We need a bit of a challenge once in awhile. The best piece about the game is that it's free. Check it out now. Yes, yes, I know not everyone has a Google+ account, what are you waiting for? I have been loving Google+. I use it more than Twitter now. The interaction betweet people and the discussions that happen are so much more enjoyable than anything I have ever used. That being said I had doubts about Games on Google+. When I did have a Facebook account I hated people spamming my wall about what achivements that they received or how many farms they had built. With Google+Games it sorts them into a seperate column. Lets say that you love Google+ but hate the games section. Just don't click on it and you'll never see it. Your stream won't be spammed and you will have no idea that games are even on Google+. Playing through some of them was interesting, of course we have Angry Birds in there along with some Bejeweled Blitz and Dragon Age Legends. If you do have a Google+  account or even if you want one let me know and i'll shoot you an invite. I am not sure if this will compete with games on Facebook just because of the install base but I like the direction that Google is taking with it. More games is never a bad thing. Bring on the games I say!

If you follow the link above, Valve has just opened up registration for the upcoming DOTA 2 beta. Make sure and sign up now to get your spot. I know just a "few" people are intested in this game, no?

What did I tell you? Didn't I say it a couple of weeks ago that I called for LanOC V9.0 selling out? Yep, that's right, you heard it here first. Thanks to everyone that makes LanOC LAN's some of the best in the midwest. I can't wait to see everyone again and get some "Frag Time" in again. Remember to pick your seat if you already haven't and have your games updated. See everyone on the 27th!

That is it for this weeks Gaming News. I have one semester left here in school and then i'll be a college grad! Can't wait to get done with it. Seems like I just started. Remember that this weekend the DOTA 2 tournament is going on at Gamescom in Germany. Thanks to everyone who reads LanOC, we wouldn't be here without you.

Until next week, Wingless is out!
Author Bio
Author: Wingless92
Discuss this article
Log in to comment
Posts in discussion: LanOC Gaming News 8/17/2011

Leonresevil2 replied the topic: #18371 17 Aug 2011 08:25
Section 8 Prejudice is pretty good, reminds me of Halo and Crysis in ways. I was pleased with it for $15, so this deal is very nice. If the DLC is on steam, even better, as when I checked it wanted to sell them to me via GFWL. I could see it as a good lan game, and definitely better MP than Homefront in my view.

I just recently read WoW is F2P till level 20. I'd stick to Guild Wars. I see MMO's as becoming social networks, and eventually the big influx of new ones will drop and people will group to what they enjoy. Tag this as WoW = MySpace, the old standard is going.

And you may need fiber if you're in the bathroom long enough that you need to play games to pass the time. lol

Fiber to the bathroom

Yea, lvl 20 is probably nothing since WoW goes to what, 100? 150? Over 9000?
Maybe Diablo 3 will be $60 till lvl 20... with perma-internet and credit card connection with the Auction House, they could do it in a snap, giving you 30 days notice before it becomes subscription.

We have 452 guests and one member online