With the weather feeling like the depths of hell lets cool off with some Gaming News. Each Wednesday I take a look at the big news coming out of the Gaming atmosphere. The Battlefield vs Call Of Duty is still going strong, No Battlefield on Steam rumours are running amok, we have new release news and the Midweek Madness sales are back. Grab a soda or your favorite adult beverage. Lets go!
Midweek Madness:

If you are in need of a new cheap racing game take a look at GRID. From the materminds over at Codematers, the creators of "Dirt". With a Metacritic rating of 87 and a savings of 67% for a sale price of $4.99 you would be silly not to pick it up. Remember, all Midweek Madness sale's end on Thursday's at 1pm EST.

I have been really impressed with all of the Free-To-Play MMO's that have come out over the past couple of weeks on Steam. So War Inc. Battlezone just came out a few days ago it is the newest installment of the free MMO's. I have yet to play it but what harm is there in trying it out, what do you have to loose accept some disc space and some bandwith?

With all this Battfield vs Call Of Duty going on you have to remember that Black Ops is still out there waiting for you to play it. Many nights I have spent getting shot in the back and coming in last place. Then again I have been known to "Throw Down" and come in first, don't belive me? I have the screenshots to prove it, lol. If you pick up the DLC now you save a bit of cash and that's never a bad thing. Get the DLC now before its released and join us on the LanOC server the day it drops for some good ol' fun. If you can't tell that's J_E_R_O_M_E in the pic trying to shoot down a UAV. Love the stance of that pic.

Oh Dawn Of War how I long to play you. With so many games in my backlog its hard to find time to finish one game. The latest DLC has just hit for Retribution. Right now on Steam you can pick up it for $11.99. Not bad considering how much add-on content their is for this game. If your a DoW fan then pick this up.

As you can tell we have a bunch of new DLC out this week. Fallout New Vegas has the Old World Blues DLC out now for your post apocalypitc enjoyment. I know a bunch of our community plays this game so add this latest DLC to continue your quests. 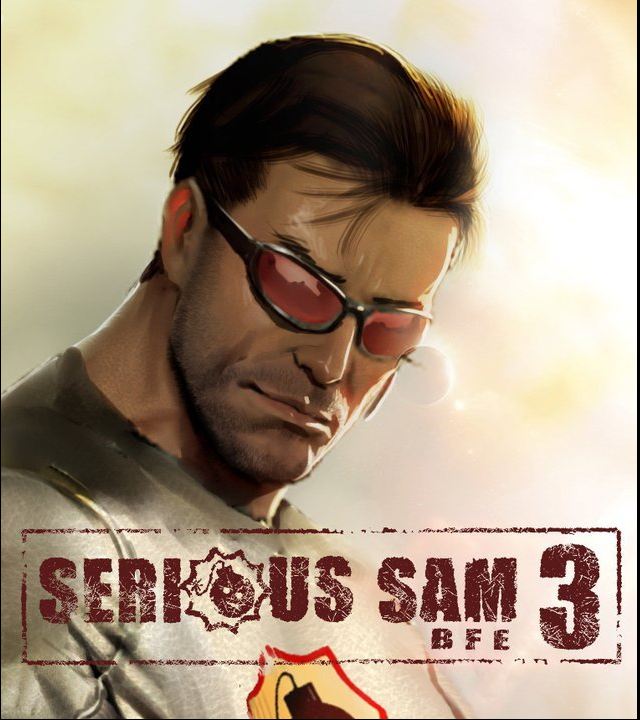 Well this is a strange article that I came across. Looks as if the Lead Graffiti Artist for Croteam just quit. Croteam is asking their fanbase to write the last couple of graffiti lines for the game. You can use the hashtag #SeriousSam on twitter or post it on their Facebook with the same tag. Just click on the story on the left and side and that will take you to their twitter page which also has a link to their Facebook page. Pretty cool to see the dev's reaching out for some help. Heck, you never know. Someone from LanOC could have a catchy line in Serious Sam 3! 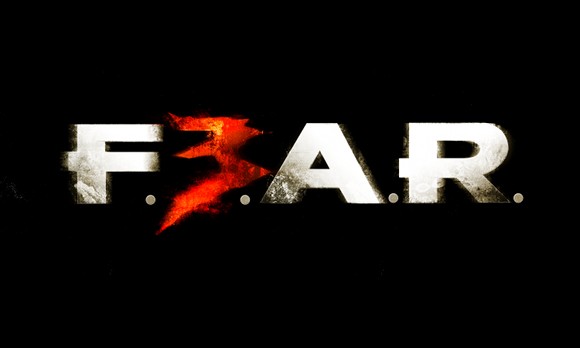 So after a couple of weeks of playing different games and the trying times that I had with F3AR with the Main Rig I can add it to the done pile. The game ran great and just like last week I encourage anyone to read the [H]ardOCP Performance Review which can be found here. I had a bunch of problems with the game at the start but I will say that those all went away with the updates that have come out recently. Overall I couldn't be happier with the gameplay, graphic's or story. Day One Studios have really raised the bar with this lastest installment in the FEAR franchise. Here's to the next one and I will call it now, 4EAR! You heard it here first people.

Some screenshot from the game. Just like FEAR 2 the Mech's are one of the best points about the game. 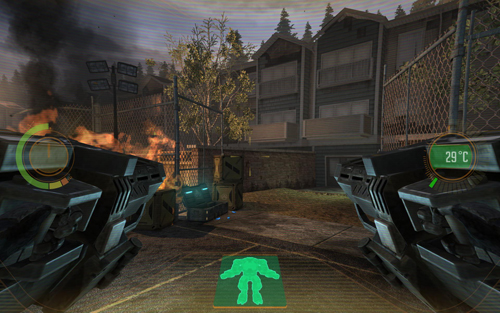 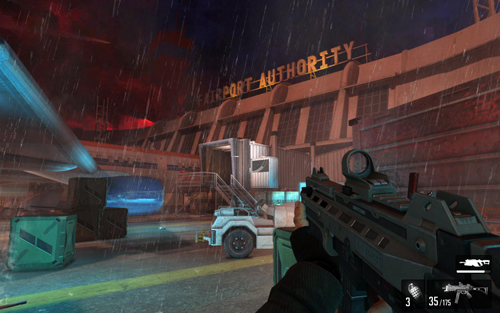 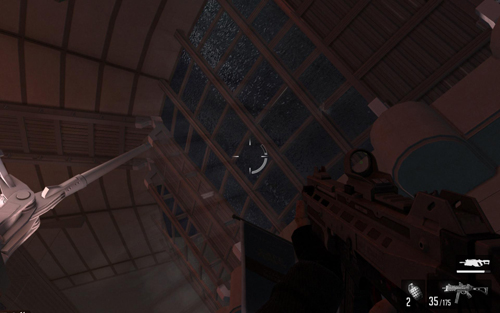 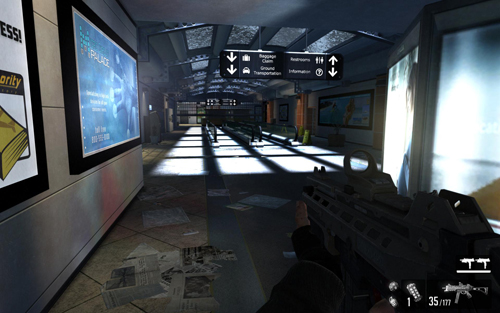 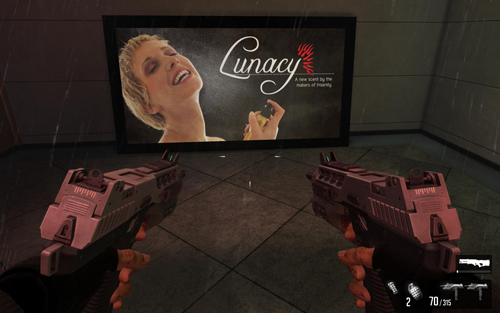 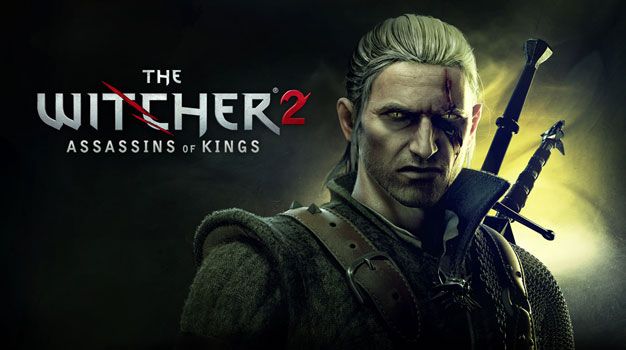 Still working on The Witcher 2 but I can say hands down that this game has the best story line that I have ever played, errr, listened to? Whatever way you consume it you are going to be in for a treat. I can't recommend this game enough. With the DRM "BS" that shrouded the game on release to how CD Projekt RED really came through for their fans I can't say enough good things about them. The one down side is that you will want to crank the graphics but they are a bit demanding so you'll have to adjust them accordingly. I have run into no issues at all while playing since I started. It's pretty sad when you can say that about a game these days. Most dev's just throw their game out there and hope it sticks. CD has really done a great job with The Witcher 2.

Registration for LanOC V9.0 is live. Click on the story and that will throw you over to the registration page. We also have this thread about what games you would like to play at the coming LAN. Remember that if you register early you can save some cash and also guarantee your spot at V9.0. With V8.0 selling out how it did I wouldn't wait. Wes also dropped some news about new items that will be on hand. If we get close to selling out a projector will make an apperance for some movies, tournament ladders and all sorts of mayhem. You never know what your staff might come up with.

Battlefield vs Call Of Duty:

Great article of at Ars Technica about how the owner of www.Modernwarfare3.com was redirecting to the Battlefield 3 homepage. Thanks again to Ars Technica for the story and the link.

With rumours running around that Battlefield 3 won't be coming to Steam I am not holding my breath over this. We have seen company's push till the last minute and then change their minds. Whatever happens it should be interesting to watch and i'll keep everyone updated on the latest info. Thanks to Shacknews for the story and the link

Well, another Gaming News is down the drain. It is just stupid hot here in Indy. They are calling for 115' by the weekend. Not sure if its even worth going outside if it does get that hot. I always recommend getting a frozen drink, something with no booze in it, that would just be a bad idea. Whatever your way to cool off is you might want to get all of your items in order, it doesn't seem like its going to let up until next week.

Until then, stay frosty everyone, Wingless is out!
Author Bio
Author: Wingless92
Discuss this article
Log in to comment
Posts in discussion: LanOC Gaming News 7/20/2011