Oh good lord, the PSN has been down for six days, all of your personal information has been leaked, your credit/debit card information may have been stolen, Arma and Arma II are the Midweek Madness, Darkspore is out, Dirt 3 has a pre-order up on Steam and there is new Magicka DLC available. And you thought it was a slow week. Lets go!
Playstation and the PSN:

OH MY GAWD, I guess that is the only reasonable opening. I am not sure what is worse, that the PSN has been down for six straight days or that all of your information has been leaked. I am not one to rush to judgements, well, not that fast anyways, but this is just ridiculous. Sony, please, don't wait six days to tell me that my information that I trusted you with has been leaked. The biggest problem wasn't that it was leaked, well that is bad, but when it takes a company this long to tell you that, you have a much bigger problem. Whoever did this really "put it to" Sony good. I don't have any credit/debit card information on the PSN but i'm still pissed that all of the other information is out there on the web. So yea, were pissed off but where do we go from here. To be honest, i'm not sure. Are you going to have people leave that platform because of this? Sure. Are you going to have people stay where there at and deal with it? Sure. What am I going to do? Not sure, lol. I really don't use my PS3 anymore since I became a PC gamer but it's not worth selling or giving away. I have too much money tied up in this thing and i'm not ready to part with it. Both my Xbox 360 and Playstation 3 have been unplugged for about 6 months now. I have no real use for them anymore. That is not to say that there are not good games, but for me I just don't use them anymore. Regardless, Sony needs to take a "Long Hard Look" at how other systems and their competitors do things. I'm talking Apple, Google, Microsoft, Amazon, Steam, these all need to be looked at by Sony and see how they run their houses. In the meantime if you find that your credit/debit card was stolen and you see any odd behavior on your account, I would cancel it immediately! Good luck Sony, hopefully you didn't piss off to many people. 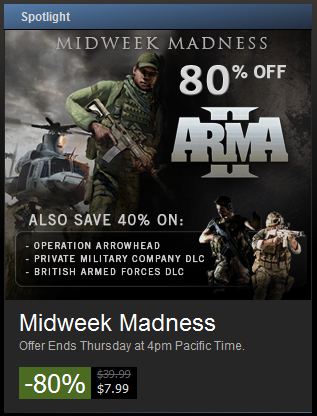 So this one really does sting. I bought this pack last week and now it's on sale. So far i'm not that far into either game, so I can't comment on them. I will be commenting on them in the coming week so stay tuned to Gaming News. If you haven't picked this set up yet do so now. I'll see you on the battlefield. 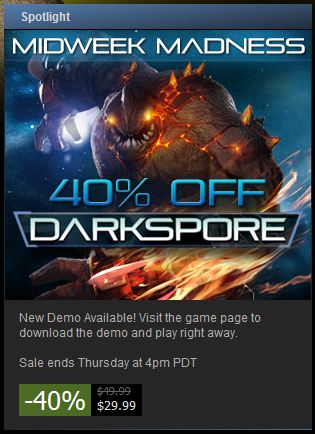 I am sad to say this but I think Darkspore is going to a overlooked game. I was in the beta but I could never get the game to look right. Remember though, Nvidia Surround is kinda finicky with games sometimes. I will be talking about Darkspore in the coming weeks, so stay tuned. Really just wanted to give you a heads up that it was released. 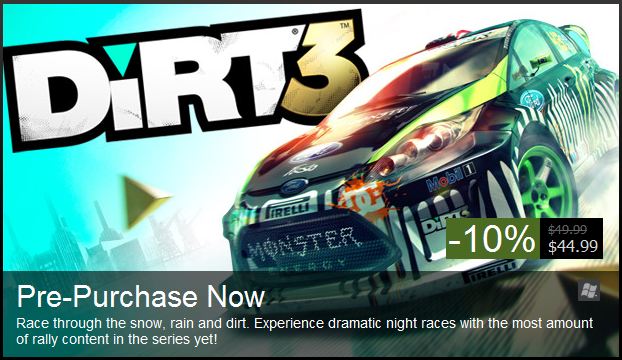 Dirt 3 has me all giddy with excienment! Dirt 2 for me was a blast. It was the sole reason that I bought a controller for PC. Racing games have never been good with a mouse and keyboard.  Dirt 3 hopefully will pick up where Dirt 2 left off. The visuals, sound and the feel of the cars doing 100mph then drifting through a corner were top notch. I logged many hours on the weekends playing Dirt 2 and I hope I can say the same about Dirt 3. Once the game drops i'll have my comments up ASAP about the game. And you though Gaming News was just news, pfffft. 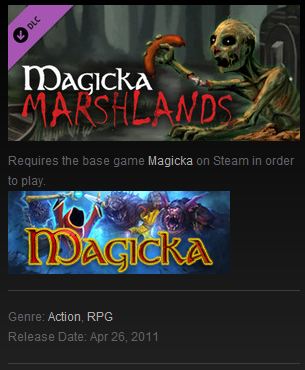 Can there be more fun DLC for a game on Steam this year than Magicka? If there is I would like to know. Sure, when the game launched it was a wreck. But the dev's worked through it and released patches every day for about the first week. The one thing that I have noticed over on the PC side of gaming is that patches coming much quicker. Instead of dealing with a broken game for a month, it's about a day or two. This helps the developer because remember, not everyone is Blizzard or Valve. They all don't have huge budgets to go thru. Some of these teams are four or five people trying to make a name for themselves and I think the people over at Arrowhead deserve all the credit they can get. They made one of the years most fun games to play and the DLC has been well thought out and the community has showed their support. That is what we want from game developers these days. Make great games with great DLC to further the story or to give us optional missions and release patches as fast as you can when needed. I can say this is one of my new favorite dev's. Thanks you Arrowhead for making a great product!

With playing through Portal 2 last week I finally decided to drop the hammer on the Plush Weighted Companion Cube. Isn't it cute! 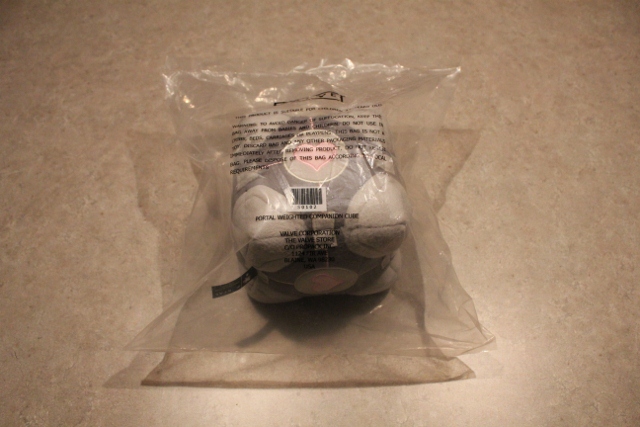 Not sure if i'm going to take it out of the bag or what but for now i'm just going to admire it, lol.

Don't forget about our LanOC Gaming Nights on Wednesday and Friday's each and every week.

Well, LanOC that is it for this weeks gaming news. I feel sorry for Sony this week as their PR department is like the Titanic but the bad comes with the good and it can't be bad forever.

I tried something different this week, I thought it would be easier to put the links in the header. Let me know what you think.

Thanks everyone and have a good week of gaming, Wingless is out!
Author Bio
Author: Wingless92
Discuss this article
Log in to comment
Posts in discussion: LanOC Gaming News 4/27/2011

Two DLC in a month for the same game? I didn't particularly like what I played of Magicka, but it is fun to watch sometimes.

It's been some time since I messed with Sony, and it seems like they have just gone bad since my system died. They pissed off the wrong people I guess, and I never imagined they would get hacked so hard.
Read More...

We have 661 guests and one member online