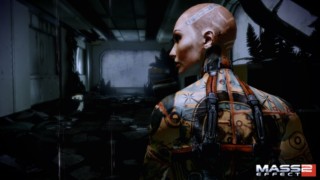 Subject Zero is introduced in the trailer released today by EA, and it’s apparent from the start that she may be too much to handle – even for Commander Shepard. In a flurry of non-stop action showcasing her combat experience and strength Subject Zero reveals only a bit about her mysterious past, and says she’s “been around, ran with gangs, wiped out some gangs.” Viewers will be able to see a little bit of Subject Zero in action, as she proves with firepower and fighting maneuvers how valuable an ally she will be in Mass Effect 2.

In a keynote speech delivered to the International Conference on Intelligent Virtual Agents centered on the power of quality digital actors, Project Director Casey Hudson said, "Videogames have developed from a novel pastime into a medium with tremendous power to entertain and engage players. Compelling digital actors can bring a game world to life, and by harnessing cutting-edge technology, developers can ultimately unlock the full potential of emotionally engaging human interaction." 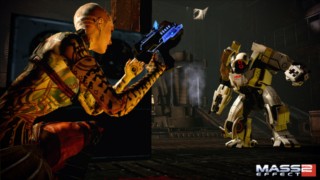 With an attitude to match, Subject Zero is a formidable biotic – as powerful as she is intriguing. Her detailed tattoos mark her favorite kills – “the good ones”. Mystery and fascination surround this uncontrollable rebel, which will undoubtedly leave fans wanting more.

Subject Zero is the third party member to be revealed in the Mass Effect 2 universe following ‘Thane’, a deadly assassin and ‘Grunt’, an unpredictable Krogan who were introduced this summer. More details about the rest of Shepard’s crew will be revealed in the coming months.
The Mass Effect trilogy is a masterful science fiction adventure set in a vast universe filled with dangerous alien life and mysterious uncharted planets. Mass Effect 2 is scheduled for release on Xbox 360® videogame and entertainment system and PC in early 2010. The new recruitment gameplay video and screenshots can be found at info.ea.com and masseffect.bioware.com.

We have 577 guests and one member online