After taking flight delays due to ice in Dallas (ice in Dallas, WTF?) we made it to our hotel really late Monday night. After unpacking and finding something to eat it was time to get some rest. With a day before any CES activities to do we had a chance to meet up with my step brother and to hit the strip. After a short walk we ended up in a Denny's to get something to eat, apparently being a Denny's on the strip means you can get away with having rude and shity service. Having experienced what I can only imagine is the worse service on the strip we decided to go back to the hotel and hit the Casino floor and to check out the shows. To get the full Vegas experience without breaking the bank we hit up the penny slots. It turns out Alex is very lucky (I guess she does have me, proof that she is lucky) winning back almost all of my losses on the slots. Considering her apparently addictive personality (WoW anyone?) introducing her to gambling may come back to bite me in the future lol. I heard from Tania from Razer and we decided we would all meet up someplace on the strip. Without a car we just started walking. This is the point where I can say that I wish I sometimes thought about things more, instead my feet are paying for my ignorance.  We did make it all the way to the other end of the strip. We stopped at the Harley Davidson Café and hung out with Tania from Razer, I would like to thank her on here also for the wonderful dinner! (hey look Tania I can use an explanation point :-P). We also learned that not all of the service on the strip is bad. Finishing up our trek down the strip there was no way we were going to be able to walk back without my feet falling off. We decided to "Ride the Deuce", the Deuce is a two story city bus that only runs the strip. As it turns out my past experiences and assumptions with the bus can't be applied to the Deuce. This is the most high tech bus I have ever seen and frankly it is so clean that its hard to believe that its ever been used. That caps off our CES -2 day, you can find a full gallery of pictures HERE, stay tuned for more. 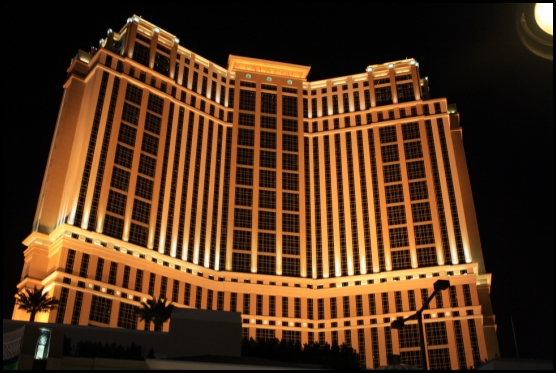 You might call him obsessed or just a hardcore geek. Wes's obsession with gaming hardware and gadgets isn't anything new, he could be found taking things apart even as a child. When not poking around in PC's he can be found playing League of Legends, Awesomenauts, or Civilization 5 or watching a wide variety of TV shows and Movies. A car guy at heart, the same things that draw him into tweaking cars apply when building good looking fast computers. If you are interested in writing for Wes here at LanOC you can reach out to him directly using our contact form.
Discuss this article
Log in to comment
Posts in discussion: CES 2009 Day -2